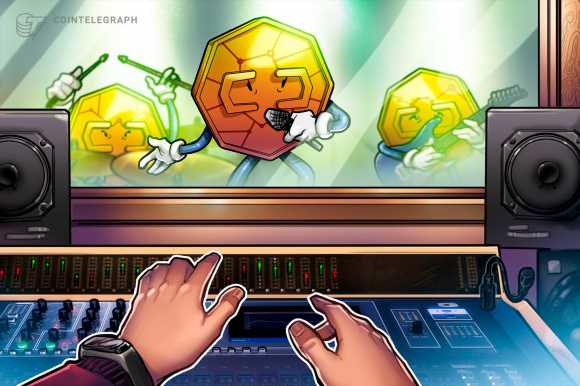 “Winner in life, fuck a coin toss / I’m coin-based, basically cryptocurrency Scarface / Join us, there’s gotta be more of us,” Nas raps in the new collab. Released on YouTube last Friday, the official music video for “Sorry Not Sorry” has 7.8 million views at the time of writing.

As previously reported by Cointelegraph, Nas is an early Coinbase believer, investing in the company through his venture capital firm QueensBridge Venture Partners. The rapper reportedly joined Coinbase’s $25 million Series B round in 2013, buying between 99,000 and 496,000 shares at a price of $1.00676 per share.

Coinbase COIN shares opened at $381 on Nasdaq in mid-April, marking strong institutional demand as the stock’s pre-listing reference price was just $250. The stock closed Friday trades at $297, at a market capitalization of nearly $60 billion. Nas, who could have netted at least $40 million from his early Coinbase investment, took to Twitter on the listing day, stating: “Long crypto forever…. in sickness and in health.”

As previously reported, Nas’ QueensBridge invested in many other crypto companies, including Bitfury Group, BlockCypher as well as crypto-friendly stock trading app Robinhood.

Nas’ track collaborators have been involved in the crypto industry as well. Jay-Z set up a 500 BTC Bitcoin (BTC) development fund in cooperation with Twitter CEO Jack Dorsey in February.

DJ Khaled, however, has not been lucky with regard to cryptocurrencies. The record producer paid six-figure settlements to U.S. regulators in 2019 for promoting Centra Tech’s fraudulent initial coin offering on social media.