New Zealand’s Financial Markets Authority (FMA) made changes in its apex leadership with the appointment of Samantha Barrass as the new Chief Executive Officer, who is expected to take up in January 2022.

Announced on Monday, she will replace Rob Everett, who will step down from the top job in October.

A Big Name in the Regulatory Space

Barrass is an expert in regulatory affairs and held leadership roles with multiple regulators in her career. Most recently, she was the Chief Executive at Business Banking Resolution Service in the United Kingdom. She also served in a non-executive role on the board of PwC UK.

But, her most prominent role was as the Chief Executive Officer of the Gibraltar Financial Services Commission. There, she spent almost six years of her career, between February 2014 to September 2019, but her tenure was cut short by a year.

She also worked with the United Kingdom’s Financial Services Authority (now Financial Conduct Authority) for nine long years in several roles. Other prominent roles of Barrass include tenure with the Solicitors Regulatory Authority as Executive Director and with Investment Banking Association as a Director.

“Ms. Barrass has had a very successful career to date, operating in a number of complex and challenging environments. Her knowledge and experience of the insurance and banking industries will be particularly relevant for the increased role the FMA is to play in those areas,” said FMA Chair Mark Todd.

She is an economics graduate from the University of Canterbury in Christchurch and a post-graduate study at Victoria University of Wellington, beginning her career as an economist with the Reserve Bank of New Zealand. Later, she moved to London and enrolled herself at the London School of Economics, where she was awarded an MSc.

“The FMA is at an important juncture in its journey to support and enhance the economy and financial health of Aotearoa New Zealand,” Barrass said in a statement. “I’m very excited to be returning home to lead the FMA in this next phase and working with all to safeguard and foster a financial sector that everyone has a stake in.” 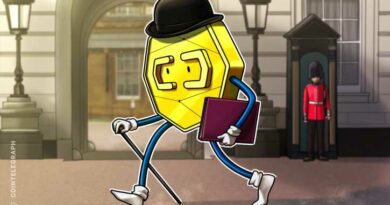