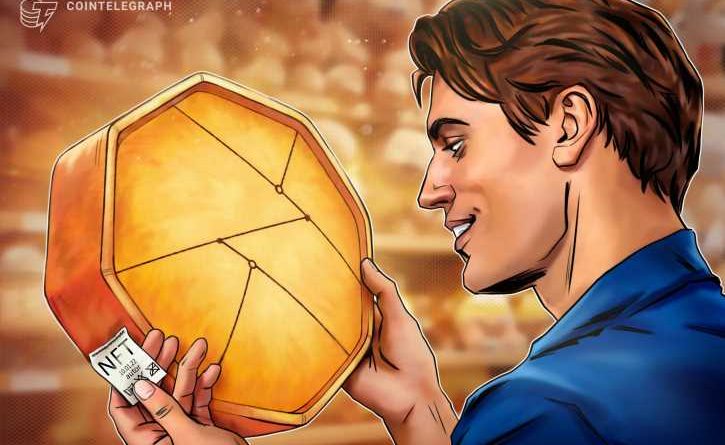 The company behind the Spartan Race has released a nonfungible token (NFT) collection which will immortalize the names of the initial holders in stone, with plans to build a 35-foot (10.5 meter) statue in Ancient Sparta encircled with 15,000 name-engraved stones.

Spartan founder and CEO Joe De Sena plans to bury his ashes under his stone at the site dubbed the “Spartan 300 Memorial” which will pay homage to the ancient Battle of Thermopylae in which 300 Spartans were said to h fought and were killed.

Of the 15,000 NFTs, 300 will be “Super Rare” with holders of that NFT type given the option of spreading their ashes over the memorial after their death, which could see it become one of the first NFTcollections to grant someone a final resting place.

Owners can sell their NFT on markets such as OpenSea, but it’s unclear if this burial perk is transferred to the new owner.

The passes sell for $3,000 and also permit holders up to nine years of unlimited access to all Spartan brand events, including its 70-hour long “Death Race” and its “Tough Mudder” obstacle race, as well as with exclusive merch drops.

NFT holders will also be granted access to an exclusive yearly event in which they can train with pro athletes along with testing the fitness brands’ products and obstacles.

Solana (SOL) based NFT game Star Atlas has launched its first playable pre-alpha on Sept. 29 through the Epic Games store for owners of its NFTs, allowing them to view in-game vehicles they’ve purchased within the games’ environment.

Star Atlas is an open-world space exploration strategy game set in the year 2620 in which players can buy and sell NFTs representative of vehicles such as spaceships, players also mine for resources to sell on the in-game marketplace and join political factions.

The “Showroom” pre-alpha demo is powered by the Unreal Engine 5, a 3D creation tool released in April by Epic Games, and is used in its flagship game Fortnite.

The NFTs will be minted on the Polygon (MATIC) blockchain and will begin with the October auction of a physical and digital bundle which includes a unique physical teddy bear studded with Swarovski crystals along with its NFT counterpart.

A second November auction will offer five silver teddy bear NFTs also accompanied by matching physical counterparts before a December launch of 5,000 NFTs are made available for public mint.

A rare CryptoPunk has sold on NFT marketplace OpenSea for 3,300 Ethereum (ETH), worth over $4.4 million, to an anonymous buyer on Sept. 28 marking the fourth-highest sale in terms of ETH spent according to data from DappRadar.

CryptoPunk #2924 features rare attributes such as being an “ape” type, of which only 24 exist in the 10,000-strong collection. It also has one “accessory” — a hoodie which is a rarity in the collection, and more so as it is the only “ape” to feature one.

The most expensive CryptoPunk ever sold was purchased for 124,457 ETH, worth over $530 million at the time of purchase in Oct. 2021