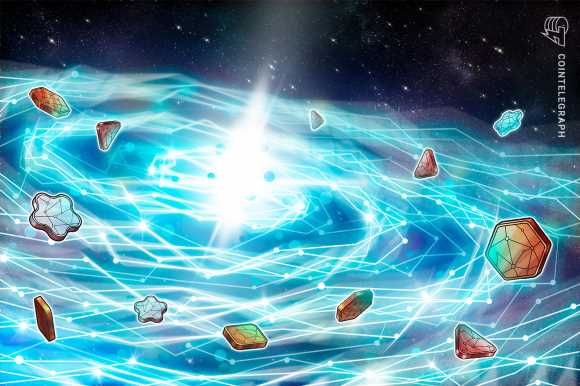 American fast-food chain Taco Bell and Metaverse platform Decentraland are teaming up to offer United States-based couples a chance to get married in the Metaverse.

The chain has called for engaged couples to enter a competition to win the brand’s first legally-recognized Metaverse wedding package, with a ceremony and reception to take place in the virtual world of Decentraland.

According to Taco Bell, the ceremony and reception will include NFT invitations and custom-designed wedding attire.

The couple will be able to bring virtual guests, who can partake in all the traditional wedding day celebrations like musical entertainment, dancing, and eating (virtual) food.

Engaged couples can enter the competition between Aug. 25 to Sept. 6. to win the brand’s first Metaverse wedding package.

Taco Bell will live stream the whole event, and afterward, the couple will receive a marriage certificate memento NFT, according to the press release, the union will be legal and overseen by a licensed wedding officiant.

This isn’t the first time Taco Bell has shown up in the virtual world; in 2017, the company launched its Las Vegas Cantina’s Wedding Package, their take on virtual Las Vegas weddings.

Launched in 2020, Decentraland is a virtual social world powered by the Ethereum blockchain.

In a dual partnership, parent firm Animoca Brands and MUFG Bank both shelled out $22.5 million each, bringing the company’s value before public investments and external funding, or pre-money valuation to $500 million.

Animoca Brands Japan stated it will use the funds “to secure licenses for popular intellectual properties, develop internal capabilities, and promote adoption of Web3 to multiple partners.”

Overall, the company hopes to increase the value and utility of its branded content while fostering the development of the NFT ecosystem in Japan.

The Play to Earn game will feature digital collectibles that will turn Twitch streamers and YouTubers into in-game fantasy heroes.

The collectibles can be played in tournaments offered by the game, with the possibility of profiting weekly performances or can be traded by fans.

NFT marketplace X2Y2 announced on Aug. 26 that they are introducing an option that allows buyers to set the royalty fee when buying an NFT.

With the new update, buyers on the platform will be given the liberty of setting the amount of royalties they want to contribute to an NFT project. This means that some creators may not receive royalties when their artworks are sold.

The decision has however been met with split opinions on Twitter, with some arguing it would help reduce the number of fraudulent NFT projects, while others said it would lead to 0% royalties.

The X2Y2 team responded to the controversy with a tweet on Aug.27 saying “While the debate is raging, pls note this is far from finished product, and updates are already in the works.”

OpenSea is facing Competition From SudoSwap, a new NFT marketplace with a daily trading volume that has just touched 10% of OpenSea. The decentralized NFT marketplace was launched in early July and framed itself as highly flexible and fully on-chain.