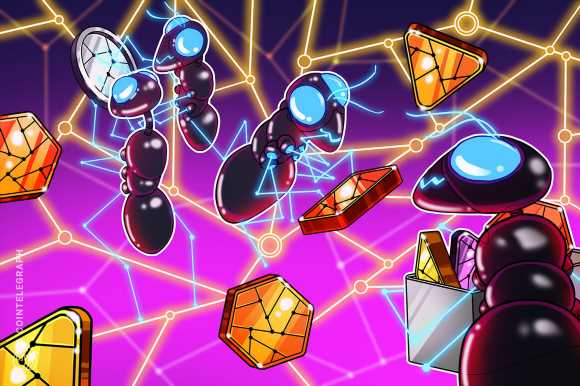 Tyson Fury’s first venture into the NFT market resulted in a single NFT selling for almost $1 million on HoDooi.com — a new platform aiming to become the ‘eBay of NFTs’.

The auction for ‘Lineal by Tyson Fury’ closed on July 16, and represents one of the top athlete-themed sales in the market to date. The NFT depicts a tokenized illustration of Fury with two championship belts over each shoulder and a crown featuring his nickname “Gypsy King”on the front.

The NFT includes real-world bonuses such as a signed five-by-five foot painting of the artwork, signed boxing gloves, and video from Fury congratulating the winning bidder. 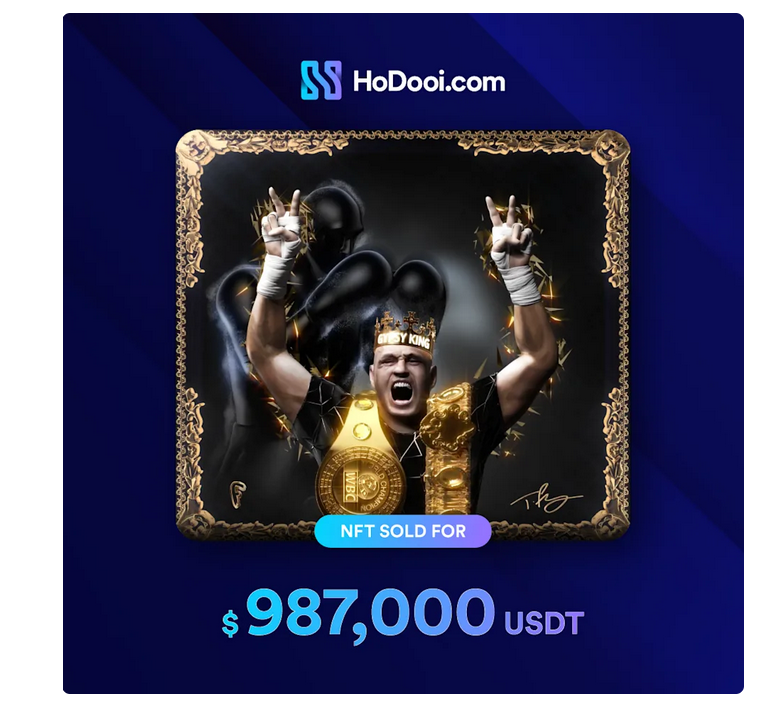 The NFT sale on HoDooi was also accompanied by a collection of five open edition NFTs of varying numbers of copies, that are priced between 250 USDT and 1000 USDT and are still on sale.

“It was great working with the HoDooi team and I’m happy we are all a part of history with one of the highest bids on a single sporting NFT!” Fury said.

WiV Technology, a blockchain trading platform for “unique assets” has partnered with the Georgian government to tokenize some of the country’s finest vintages and whiskeys as NFTs. The platform enables producers and collectors to buy, sell and borrow money against their holdings.

The idea is to provide transparency, reduced costs, and efficiency to buying and selling of assets such as wine. Georgia-based wine companies will also be able to certify authenticity of product lines with the use of NFTs.

“Each wine asset is allocated a corresponding digital token that securely collects and stores information about the wine’s provenance and transaction history,” WiV’s website reads.

WiV also plans to develop a quality assurance program hosted by a panel of expert judges to enhance the credibility of Georgia’s wine ranges.

“Economics is changing. Physical assets can now be turned into digital representations of the physical assets so that they can be traded more quickly and efficiently,” said Salome Zourabichvili, the President of Georgia.

On July 20, Sushi announced the launch of a new automated market maker (AMM) dubbed “Trident” and dropped an LSD-themed NFT to celebrate the launch.

The NFT is dubbed “Bad Trip” and depicts a silver trident perched on top of an eyeball sitting amongst the desert, with a background of human-like statues — essentially something you might see on a bad LSD trip.

Tokenized and fractionalized versions of the artwork are up for sale on Miso Sushi, with 20 full copies being made available. As it stands, the current price of one Bad Trip NFT is 269 SUSHI.

The pair made the announcement on July 20, and noted the program “will identify and foster NFT innovation in the fields of culture, art, entertainment, media, gaming, streaming, collectibles, insurance, finance and data management.”

Early-stage projects seen as having a “high potential” will receive an investment of up to $500,000 alongside a mentorship program.

Related: OpenSea is the latest crypto unicorn after $100M funding round

Cointelegraph reported on July 21 that blockchain gaming platform Enjin is planning to use NFTs to promote sustainability and equality as part of the United Nations Global Compact.

The company has suggested methods such as using NFT tech to combat climate change by employing it in carbon-capture companies and reducing the global wealth gap by allowing creators worldwide permissionless access to NFT markets.

A new socially focused NFT platform dubbed “Define” has raised $5 million in strategic investments as part of a move to onboard more companies into the NFT sector. As part of the platform, users are given NFT-based social profiles that reflect their contributions to the network and achievements.