The Norwegian financial industry regulator is sounding the alarm on digital currencies. In its warning, the watchdog claimed that digital currencies pose a high risk of loss, have attracted significant criminal activity and the market is largely unregulated. It also distanced itself from some of the digital currency companies which claim they are regulated in Norway.

The Financial Supervisory Authority of Norway, better known as Finanstilsynet, is the latest national regulator to issue a warning against investing in digital currencies. In the U.K., the Financial Conduct Authority (FCA) has warned the public that it stands to lose all its investment in the nascent asset class. The Securities and Exchange Commission (SEC) in the U.S., BaFin in Germany and the SEC in the Philippines are among the other watchdogs that are urging caution when investing in digital currencies.

Jo Gjedrem, the consumer coordinator at Finanstilsynet, published the warning. It stated, “Most cryptocurrencies are subject to extreme price fluctuations. The risk of loss is high… Price formation is in many cases not transparent.”

According to the regulator, the digital currency market has attracted significant criminal activity. “Scammers use spam, computer viruses, fake drawings and a variety of other techniques to deceive consumers,” the warning states.

Digital currencies have continued to be associated with crime. Recently, Fabio Panetta, an executive board member of the European Central Bank told the Financial Times, “Crypto assets such as bitcoin are very dangerous animals that are largely used for criminal activities.” Panetta was echoing sentiments held by U.S. Treasury Secretary Janet Yellen and other notable financial regulators.

Digital currencies are unregulated in Norway, and this makes them even riskier, the regulator added. It called out digital currency firms that claim to be regulated by Finanstilsynet. This is very misleading, it noted. While all financial firms must adhere to anti-money laundering requirements, this is as far as Finanstilsynet oversees digital asset firms.

The Norwegian watchdog believes that regulating the digital currency industry is critical.

It stated, “There is a strong need for a legal framework and investor protection if cryptocurrency is to become a suitable form of investment for consumers. Until such regulations are in place, anyone considering trading in cryptocurrency should think carefully and understand the significant risk that such investments entail.”

While Finanstilsynet has urged caution towards digital currencies, the Central Bank of Norway is looking into developing a CBDC. As CoinGeek reported, BSV enterprise blockchain is one of the networks that the central bank is looking at to issue its digital currency. 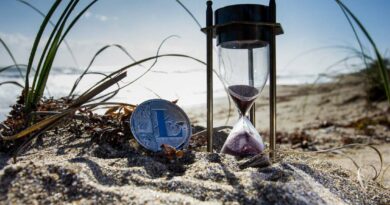 I Don't See LTC Having Properties to Accelerate Adoption – Novogratz