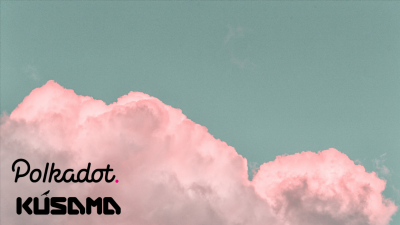 Parachain Slot Auctions are opening up the world of the latest and greatest blockchain projects for early investment through both Polkadot and Kusama. Unlike ICOs, the projects that take part in Parachain auctions are solid projects, are real, and are already very much up and running. They put the assets in second place to the projects that stand in front of them.

In order to take part in a Parachain auction investors must have holdings on the relevant network, eg. DOT or KSM. The auctions allow projects to compete for slots on Polkadot and Kusama in order to launch their own individual layer 1 blockchain, using the security proffered by Polkadot and Kusama’s ecosystems.

According to Kusama “The key to Kusama’s scalable multi-chain architecture, parachains connect to the network by leasing a slot on the Relay Chain via permissionless auction. As Polkadot’s canary network, Kusama is rolling out parachain auctions first for testing and optimization.”

In fact, Kusama will have 100 available parachain slots, which will be rolled out gradually to ensure smooth running. The difference between Kusama and Polkadot lies in their purpose of use. With the same background architecture, Kusama was built as an early version of Polkadot, created by Ethereum’s Dr. Gavin Wood As such it is more of a testing and experimentation environment for developers or startups. Polkadot, which is more secure with a greater barrier to entry, tends to serve more enterprise and B2B clients.

These three projects are leveraging slot auctions in order to raise funds and launch their own protocols.

Moonbeam, is a smart contract-based project which seeks to promote interoperability between Ethereum and Polkadot applications, which bring the benefits of both environments. They are working towards Web3, a trustless web offering which knocks the main data collecting and using monopolies off the shelf, and returns the power back into the internet users hands. Apps can be implemented on the Ethereum Virtual Machine and use an API to bridge projects on Moonbeam with Ethereum chains. For developers, they are able to deploy their solidity apps easily and efficiently using many of the existing Ethereum developer tools they are accustomed to.

Developers can take their existing code for Ethereum and deploy it directly into Moonbeam, where it can be read and executed instantly. Moonbeam don’t currently have their own token, but they open the Polkadot ecosystem so tokens there can be used throughout.

As it stands, Moonbeam’s Moonriver currently has over 100,000 Kusama locked into their Parachain auction contract. This shows great support from the community and instills confidence in the future of the ecosystem as a whole.

Kilt Protocol takes the principles of the blockchain and gives them real-world use. It does this with its protocol that stops users from having to register for products or services with their data. Rather, once verified by an Attester on Kilt, they are given a certificate that relates to a hash value on the blockchain. This encrypted hash value is unimpeachable by hackers. Compare this to users registration data kept on company servers, which are a prime target for hackers. Rather than registering with login details, a user will simply present their certificate, which gives them instant verification.

Acala Network is a core product for users that want access to decentralized finance in one place. It allows them to trade, exchange, store funds, use automated robots for trading and use the native Acala token for staking. This token the aUSD is a stablecoin, pegged against the USD, minimizing volatility for token holders. This Polkadot-based project brings the merits of minuscule transaction costs and almost instantaneous transaction deployment that users cannot get through Ethereum. However, by leveraging the bridge with Ethereum, users may move their tokens backward and forwards across the network as often as they may like.

These kinds of projects which are at an early stage and are qualified and tested through both Polkadot and Kusama, give investors early access to innovative and disruptive projects which they may not necessarily come across otherwise.

At the time of writing, Acala’s Karura has raised nearly half a million Kusama – the most out of all participating companies.

What Ethereum’s Hard Fork Could Mean to the Market ⋆ ZyCrypto 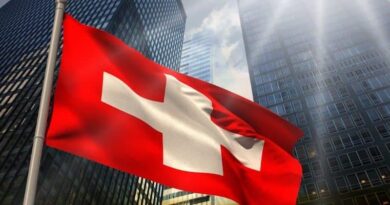 Bitcoin Association Picks New Ambassadors for Switzerland and the UK