Digital currencies have a place in the future of Singapore’s financial industry, but only if they are well regulated, the country’s central bank has said. The regulator also acknowledged the role that regulated stablecoins could play, including easing cross-border funds transfers.

Regulation has become the biggest area of focus for the digital currency industry, with watchdogs across the globe rushing to implement policies to govern the industry. Most recently, three top U.S. regulators have outlined their digital currency strategies; Australia has proposed new laws to govern exchanges, DeFi and DAOs; Ukraine has legalized digital assets; while the Bank of England chief has described regulating the industry as a matter of urgency.

Singapore is keeping an open mind towards digital currencies, the head of the Monetary Authority of Singapore (MAS) has stated. Speaking at the Asia Financial Markets Forum, the MAS chairman Tharman Shanmugaratnam pointed out that if they are to have a role in the economy, digital assets must evolve beyond speculation.

“There may be a role for crypto in future finance that extends beyond pure speculation and illicit finance,” Tharman said.

Tharman is one of Singapore’s most influential figures, having served as a Member of Parliament since 2001 and the Coordinating Minister for Social Policies since 2015. He has also been the chair of MAS since 2011.

Tharman added that the Singaporean government keeps an open mind on digital currencies as it wants innovations to develop in the country.

He also delved into stablecoins, a global area of focus for regulators. He acknowledged that they could play a critical role in the economy, but they need to be regulated.

Speaking to Bloomberg at the sidelines of the event, he stated, “I think the future will be one where regulated stablecoins will have a useful role. A traditional payment system that innovates and becomes more inter-operable across borders for cheap, fast and instant payments will be an important part of that space, plus possibly some role for other independent innovators in the system.” 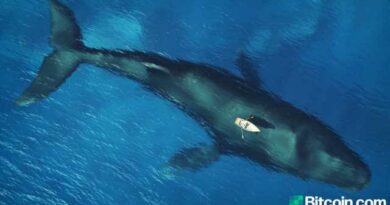