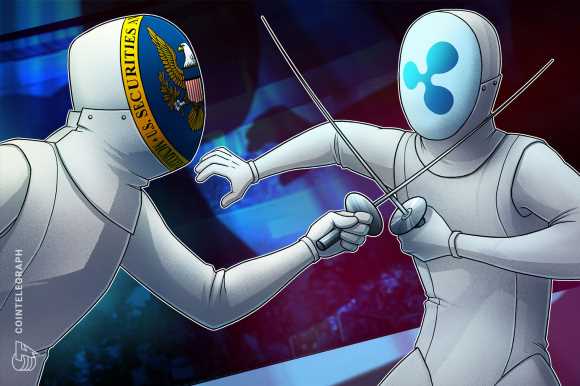 Ripple general counsel Stu Alderoty has slammed the United States Securities and Exchange Commission (SEC) for trying to “bully, bulldoze, and bankrupt” crypto innovation in the U.S. in the name of expanding its own regulatory territory.

“By bringing enforcement actions–or threats of potential enforcement–the SEC intends to bully, bulldoze, and bankrupt crypto innovation in the U.S., all in the name of impermissibly expanding its own jurisdictional limits.”

Alderoty shared his views on June 13 amidst an ongoing lawsuit between Ripple and the regulator, which he says is part of the “SEC’s assault on all crypto in the U.S.” by treating every cryptocurrency as a security.

Ripple Labs has been embroiled in a legal battle with the SEC since December 2020, when the securities regulator filed a lawsuit alleging that Ripple executives had used Ripple (XRP) tokens to raise funds for the company starting in 2013, claiming it was an unregistered security at the time.

Ripple fought back, claiming that a 2018 speech delivered by Robert Hinman, then-Director of Corporation Finance for the SEC, had categorized Ether (ETH) and Bitcoin (BTC) and by-association, XRP, as a non-security due to being “sufficiently decentralized”.

Ripple argued that the speech was in contradiction with the SEC’s claims against Ripple and the XRP token, but the SEC countered the argument by claiming that the speech was the director’s own personal views and not the official view of the regulator. This nuance has been one of the most pivotal aspects of the Ripple vs SEC lawsuit.

“Despite disclaimers that the speech was Hinman’s personal opinion and “not necessarily that of the Commission,” the market took Hinman’s speech to heart,” wrote Alderoty.

“For Ripple, Hinman’s speech affirmed the conclusion that XRP – a cryptocurrency that exists on an open, permissionless, decentralized blockchain ledger – was a commodity and/or a virtual currency. Certainly not a security,” he added.

“Here in the U.S., the Securities and Exchange Commission (SEC) has deliberately muddied the regulatory waters for crypto […] To unlock crypto’s true potential, we need to finally clean up this regulatory sludge.”

During a Washington Post event on June 8, United States Senators Kirsten Gillibrand agreed that most cryptocurrencies would likely be classed as securities under the Howey Test, with the obvious exception of Bitcoin and Ether.

Rostin Behnam, chair of the Commodity Futures Trading Commission (CTFC) took a slightly different view, saying that while there are “probably hundreds” of coins that replicate security coins, there are also many commodity coins, such as BTC and ETH that would be regulated by his commission.

The court battle between Ripple and SEC is expected to set a precedent for the treatment of cryptocurrencies, particularly altcoins under U.S. securities and commodities laws.