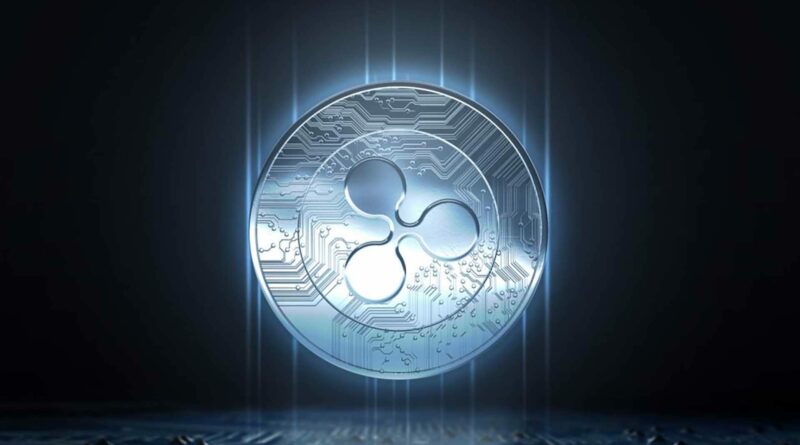 Ripple is nurturing an uptrend aiming for new yearly highs. This upward movement appeared after the cross-border token overcame the stubborn resistance at $0.5. Meanwhile, XRP is doddering at $0.57 amid the persistent push by the bulls to overcome the near-term hurdle at $0.6.

The Relative Strength Index shows that XRP is in the bulls’ hands. At the time of writing, the RSI is in the overbought region in the wake of liftoff from the oversold area. As long as the indicator remains in the same position, we are likely to see Ripple continue with the up-trending market.

Simultaneously, Ripple has printed a vivid ascending triangle pattern. This pattern is bullish and usually results in a colossal breakout. It is formed by two trendlines; one connecting the relatively equal peaks and another linking the ascending lows. 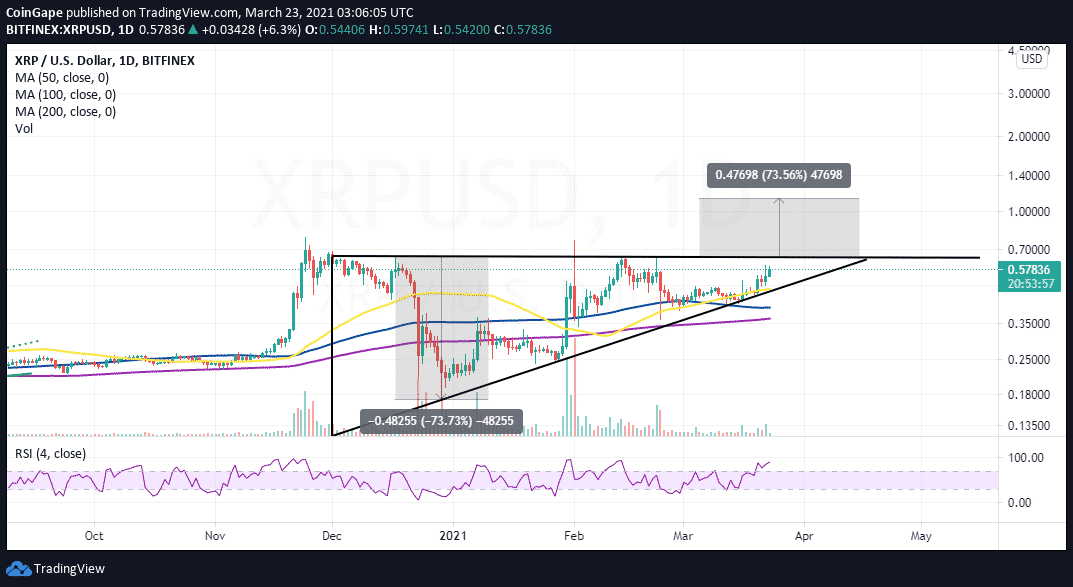 A breakout comes into the picture when the price slices through the horizontal line (x-axis). Triangle breakouts tend to have exact targets measured from the highest to the lowest points, as illustrated on the chart.

As for Ripple, price action above this technical pattern would result in a massive upswing, targeting a multi-year high of $1.12. Some resistance is anticipated at $0.65 and $0.75, however, once eliminated, XRP would commence the majestic uplift.

If push comes to shove and the expected breakout fails to come into play, we can expect XRP to delay the ongoing uptrend. Losses under $0.5 will seek refuge at the 50 Simple Moving Average on the daily chart, the 100 SMA, and the 200 SMA.