Shiba Inu which has been branded a “wannabe Dogecoin” seems to have made a name for itself in such a short period of time.

The meme coin has been a significant topic in the cryptocurrency market and might continue to top conversations this year as it looks poised to outperform in 2022 like it did last year.

Last year, Shiba Inu flipped some of the leading altcoins for a short period of time.

Most of these altcoins had also been in the market long before SHIB’s debut. Some of the unfortunate targets included UNI, AVAX, LTC, LINK, Crypto.com Coin, and even Elon Musk’s favorite altcoin Dogecoin.

This year might be no different for the leading meme-coin which is currently holding the 13th position in the market.

Although SHIB has lost momentum significantly, proponents are keeping an eye out for its recovery. Living up to market expectations will see the asset soar in market value and knock out its rivals.

This year, a lot of assets are expected to hit price levels the market had predicted they would reach last year. Shiba Inu is one of the assets expected to hit a new price high of $1.

Meanwhile, SHIB might also be favored by investors as demand continues to rise. If the asset continues its unparalleled run, Shiba Inu might finally land on Robinhood as the market has been anticipating.

Interestingly, users of the platform claim the term “Crypto gift” appears as a result of the “SHIBA” word search. Onlookers are implying that it might be a hint that Robinhood is out to bring the meme coin on board.

Meanwhile, the network recently announced its layer-2 blockchain, which was dubbed as “Shibarium.” Shibarium is expected to impact the network significantly this year. Shibarium will finally move the SHIB project to its Blockchain.

However, that’s not all for the network. In fact, in the long term, the network plans to introduce a brand new stable coin to its blockchain.

Do You Know The Most Valuable Blockchain Companies?

The Department of Justice Is Going After Crypto Criminals 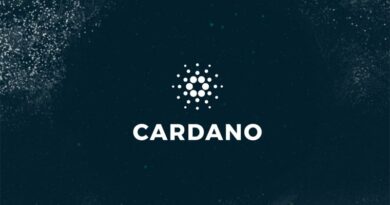