The Solana blockchain network has had a good year in 2021. Massive adoption of the blockchain has seen the price of its native token SOL become one of the best performing cryptocurrencies this year.

Despite this success, the Web3-focused blockchain is still gunning to gain more use cases that will bring in more adoption. The next the network appears to be aiming to conquer is Web 3 gaming.

Commenting on Twitter, Dylan Macalino, the founder of venture capital firm Ship Capital, stated that for Solana to onboard 1 billion Web 3 users it needs to focus its energy on improving gaming on the platform.

In response to the take, the co-founder of Solana, Raj Gokal expressed his confidence in the ability of the infrastructure Solana already has on the ground to meet the requirements for the growing gaming use cases of Solana. He noted that the network does not need to optimize its base layer, but can focus its energy where it is required. He adds that if gaming is one of the areas that need that attention, then gaming will be focused on.

Gokal’s assertion appears to already be the sentiment of Solana Labs, the developers of Solana. The investment arm of the blockchain, Solana Ventures, on Tuesday announced the launch of a $150 million fund in partnership with Forte and Griffin Gaming Partners that is aimed at investing in Web 3 game builders.

The announcement marks the second notable push in the direction of boosting gaming on Solana. In early November, Solana Ventures announced a $100 million funding round led by FTX and Lightspeed that was focused on backing web 3 gaming development on Solana.

Another notable gaming development on Solana in recent times was the launch of Fractal, a gaming NFT place founded by serial entrepreneur Justin Kan who also co-founded Twitch.

What has been driving the adoption?

Gaming on the Solana blockchain has been getting this much attention majorly due to its low fees and high transaction speeds. While the network has also been a victim of several outages due to overload of the network, Solana continues to outperform Ethereum, the market-leading smart-contract platform, in transaction speeds. 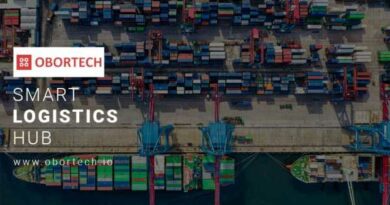 Obortech to Revamp The Supply Chain Sector Via Defi Solutions