Built by Gamers, an American esports organization, wants to get ahead of the game by integrating with Bitcoin SV.

“It’s a sneaky industry and we want to get out in front,” says Taylor Searle, the company’s strategic advisor. He believes gaming is an overlooked sector when you consider the huge numbers of people and money that are now involved.

Based in Arizona with operations worldwide, Built by Gamers onboards professional players and content creators and distributes their work to various platforms while managing brand integrations and sponsorships. The organization acts as an intermediary between sponsors and players, allowing the latter to focus on their gameplay. It also provides its teams with housing, food stipends and a coaching staff, much like a traditional sports team would have access to. As Taylor explains, “These kids are the most elite, I call them athletes in the space.”

The organization is always recruiting new members and plans to partner with schools and universities to discover new talent. Ideally, they’d like to sign up people who are both great players and effective influencers. But for Taylor, the secret sauce is “recruiting people based on how well they drive with our culture.” Establishing themselves as the most professional and most gamer-oriented organization in the esports community is a priority. For Taylor, representing the “gamer ethos” of constant improvement is the way to go.

On this episode of CoinGeek Conversations, Taylor explains how they will push gaming to the next level with the help of the BSV blockchain. “Our goal is to create gamification of the fan experience. That’s only possible on Bitcoin SV, there really isn’t competition in terms of how it excels and how it’s going to help us unlock the future.”

Taylor mentions that other blockchains have approached them in the past but he says only the Bitcoin SV blockchain can harness the power of gamification. “Every other project out there is about getting scarce collectables, and that’s cool, but there’s so much more to offer with this technology than creating rare things.”

Built by Gamers plans to onboard people to Handcash and incorporate BSV blockchain backed apps into their website. “Someone will come to our website through this adoption funnel and they’ll sign up for Handcash, NFTY jigs, Haste arcade all at once,” he explains. “We will use this technology to pretty much become a middleman to almost every fan interaction.”

Hear the whole of Taylor Searle’s interview in this week’s CoinGeek Conversations podcast or catch up with other recent episodes: 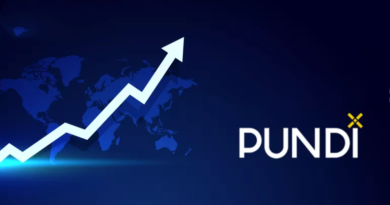