Terraform Labs, the company behind the LUNA digital currency, has filed a motion in a New York court in its ongoing legal battle with the U.S. Securities and Exchange Commission (SEC). In its motion, it argues that the regulator violated procedures by having its lawyers serve the Terraform founder a subpoena when he came to the United States to speak at a digital currency event.

At the heart of the battle is Mirror Protocol, a platform built on the Terra blockchain that allows users to trade synthetic assets tied to real-life stocks. Users can create and trade these so-called mirrored assets, which track popular stocks like Apple, Google, and Amazon. It launched in December 2020.

The concept isn’t new, with Binance having pioneered it before Mirror Protocol even launched. However, as Binance came to find out the hard way, regulators don’t take kindly to such platforms. This was one of the key reasons Binance had its worst year yet in terms of regulatory crackdowns, with watchdogs like Germany’s BaFin ordering it to shut down the stock-like trading platform.

With Mirror Protocol, it was the SEC that took an interest earlier this year. However, at the time, its jurisdictional authority was quite limited. Terraform Labs is based in Singapore, and its founder Do Kwon is a South Korean national residing in Singapore. The only thing the SEC could do was reach out to Kwon and ask for his voluntary cooperation, and it did. According to Kwon’s lawyers, he spent quite some time volunteering information about the Mirror Protocol, including doing one five-hour video call.

On September 20, Kwon came to the U.S. to attend and speak at the Mainnet conference in New York. The SEC took advantage of this and served him with a subpoena right before he stepped on the stage. Kwon said he didn’tknow he had been served until later that day when he inspected the papers he had been handed earlier.

The subpoena requires Kwon to hand over several documents related to Mirror Protocol, explain his role in the project, reveal his ownership of MIR (which is the governance token on the platform), and appear in person in Washington, where the SEC is based to answer some questions.

In the December 17 filing with the Southern District of New York, Kwon argues that the SEC violated its procedures by serving him with the subpoena in the way it did. Further, he argues that it has no jurisdiction over him or his company.

However, the SEC has argued in the past that since Mirror Protocol serves American users, the Commission has jurisdiction over it. And since Do Kwon was in New York when he was served, the regulator argues it violated no procedure. 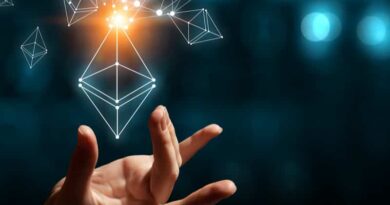