Home » Crypto » The Shortage Economy, Running Low on Everything

Getting your child their favorite toy might be an issue this holiday season. Supply chain disruptions have hit every part of the global economy all at once.

Online trading of energy has seen prices of natural gas and LNG skyrocket. Most of the issues with inflation have stemmed from the fallout of the pandemic.

The uneven global economic recovery has led to this problem, causing some businesses to pay a premium for shipping, trucking, and containers.

The impact of the pandemic has been felt by everyone around the globe that needs to ship merchandise. Container rates continue to remain elevated.

The online trading of many of the shipping stocks has accelerated sharply. Everything from toys, clothing and electronics will be more expensive than average until 2023.

How Did the World Get Into This Situation

The supply chain disruption hit like a fast-moving train. When you evaluate what has happened to lead to where we are, it ultimately makes sense. In February of 2020, New York started to see elevated cases at hospitals of a disease that many emergency rooms could not diagnose.

Lockdowns initially spurred on solid demand for grocery items, as people were restricted from moving around. Demand for gasoline and jet fuel tumbled as most of the world pushed into an economic recession.

Recall, nobody was traveling, and curfews were put into place in many locations around the globe. The lack of demand for fuel hammered oil prices which tumbled into negative territory.

The online trading of West Texas Intermediate Crude oil (WTI) moved below zero for the first time in history.

The Vaccine Comes to the Rescue

As bleak as the situation seemed, there was a light at the end of the tunnel. Following the SARS spread throughout Asia in 2002, several scientists worked on a COVID-related vaccine.

As of November of 2021, more than 2-dozen vaccines are available. In late 2020, the first of these vaccines started to show trial results, and in December of 2020, a few received approval from government bodies to begin to vaccinate people.

There are a few different types of vaccines. Live vaccines that use a weakened form of the COVID-19 virus. There are inactive dead viruses that are used in vaccines.

There are also RNA protein vaccines that prompt your body to make antibodies. In the United States, the first vaccines to roll out were RNA vaccines from Pfizer and Moderna. The online trading of both of these stocks has been very active.

The significant part of the introduction of the vaccines is that most of them work very well. The statistics are very encouraging, and in some cases, the vaccines are 95% protective against hospitalization and death.

The rollout of the vaccines in the United States, Europe, and the UK, along with Singapore, Korea, and Australia, accelerated significantly in 2021. The vaccine has allowed many countries to move back to a semi-normal, driving to destinations and taking air travel.

It also quickly increased the demand for goods and services after people had been locked down for an extended period.

The quick rebound in demand came with little notice because nobody knew if the vaccines would work. Additionally, countries with a plethora of vaccines experienced a return to growth compared to countries that did not have a lot of vaccines available.

In some locations, this change in demand created a bottleneck where containers increased in some areas while the supply chain remained closed. These supply chain disruptions occurred in places that still are far behind and have yet to get their economies up and running.

A perfect example was the accelerated demand for automobiles as public transportation declined. The increased demand for new cars puts a heavy burden on semiconductors needed to run the computers that help run new automobiles.

The lack of semiconductors reduced the ability of manufacturers to make new cars which pushed prices for new vehicles higher.

The vaccine’s rollout in some countries has allowed demand to exceed supply, creating a shortage of many items. The underlining issue is that there is more demand than supply and until the economic recovery is globally uniform, this situation is likely to continue to perpetuate. 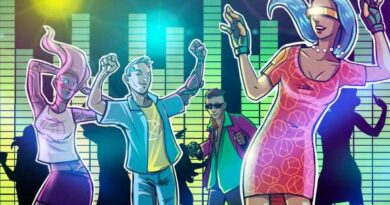