The last five days have been critical for the entire cryptocurrency space.

One “controversial report” downsized the global cryptocurrency market cap from $1.04 Trillion to straight $885.19 Billion (at present).

It all started with CoinDesk’s Scoop about the discrepancies found in the balance sheet of Alameda Research. Notably, the venture is a trading firm backed by Sam Bankman-Fried, CEO of the FTX cryptocurrency exchange.

In this article, we’ll cover everything stern to stern. From rumored conflicts between the crypto giants – Binance and FTX to the acquisition closing and deal breaking.

Another day, another history of price drops, and at last, the deal-breaking! 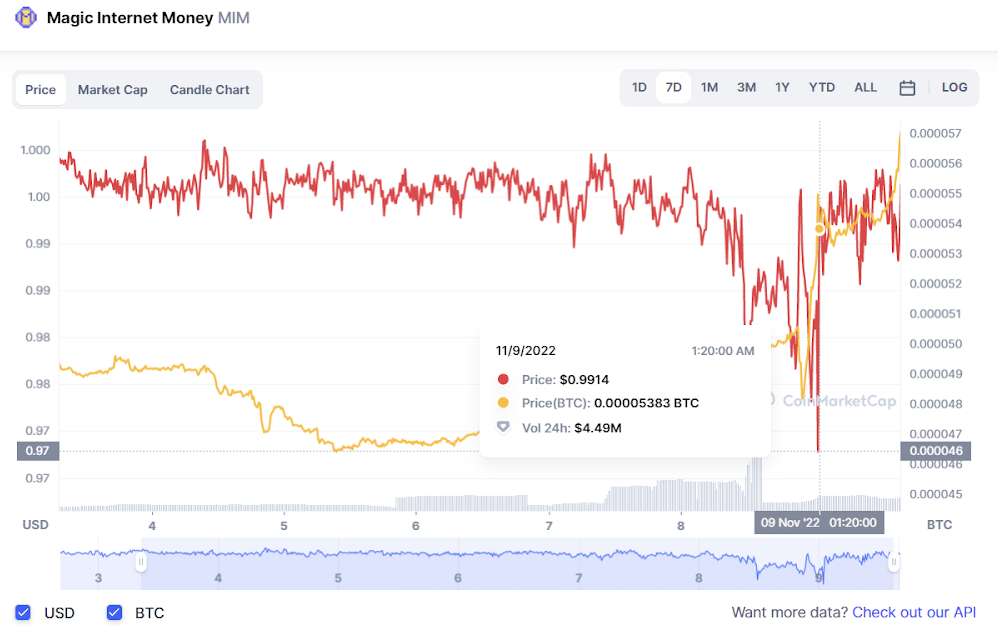 Amidst all these, the Binance CEO gave a befitting reaction to the Financial Times report with a note. The third point of the note clearly mentioned :

“do not comment on the deal, publicly or internally. If you are not directly involved, don’t ask. We have got a good team handling it. Things will play out.”

Soon after it, Changpeng Zhao retweeted Binance’s official statement on not proceeding with the acquisition of FTX.

Binance cited the reason for stepping back as “corporate due diligence, as well as the latest news reports regarding mishandled customer funds and alleged US agency investigations”.

And with this, the fate of the FTX empire went dire.

The most challenging day for the FTX exchange!

Following the Nansen Reports, the exchange witnessed total deposits of $540 Million. And the withdrawals of $1.2 Billion, accounting for NetFlow as -$653 Million. 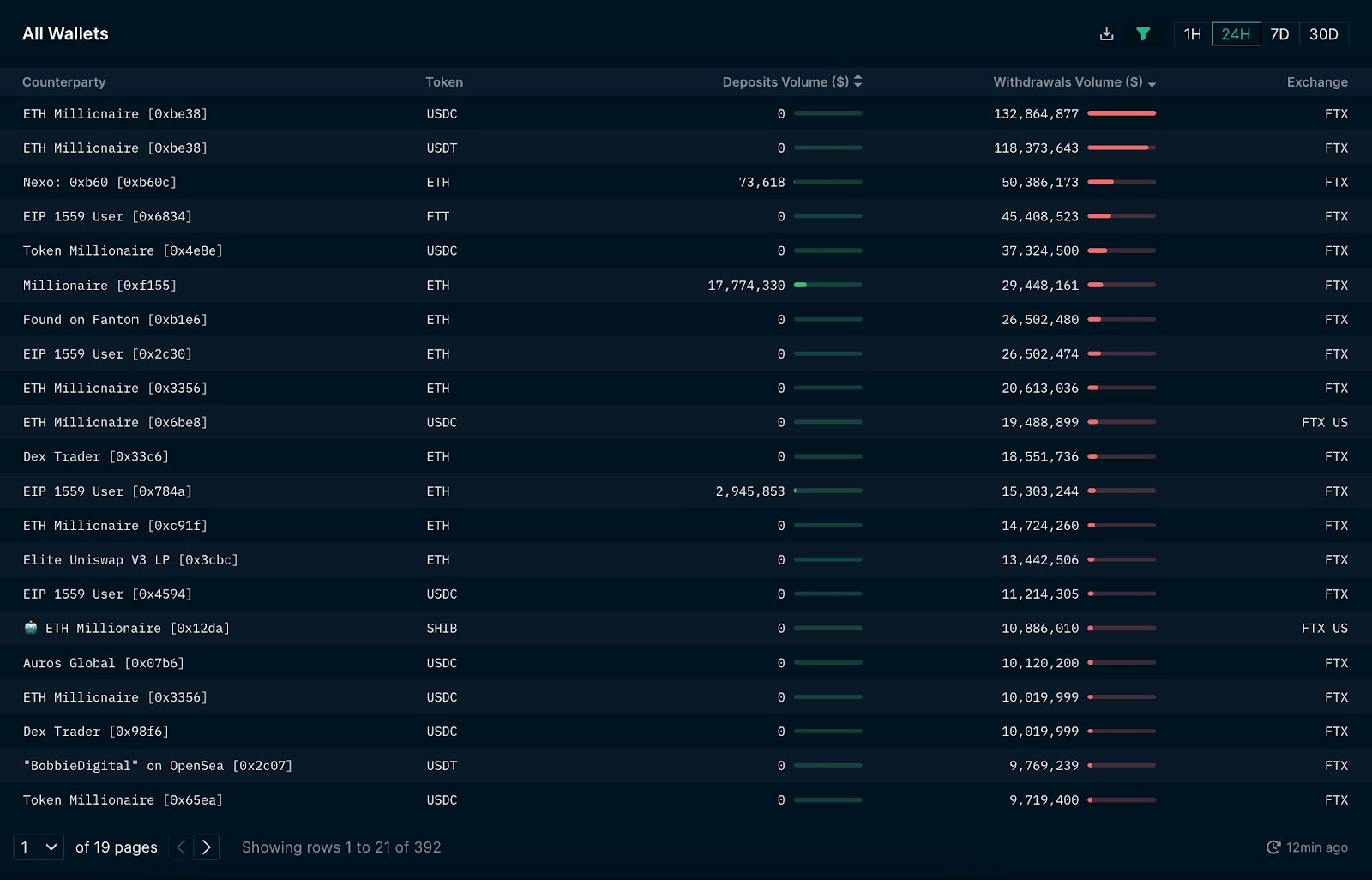 As expected, with such large withdrawals, FTT reached an alarming stage and fell by 40%. On top of it, FTX paid a lending rate of 10%, which was previously 5%.

Thereafter, FTX stood on the balance of –

Alongside, FTX US had an available balance of –

Contrarily, Binance’s BNB witnessed an influx of stablecoins worth $411 Million and maintained a balance of $26.7 Billion.

In the meantime, Changpeng Zhao strictly condemned the media for false reports on the “fight” between BNB and FTX.

Soon after this, Sam Bankman-Fried announced the acquisition of FTX by Binance, which raised numerous questions.

By now, the cryptocurrency exchange FTX had already witnessed a total withdrawal of approximately $6 Billion within 72 hours.

It was evident that FTX would be in the trap of a liquidity crunch. This is why, after making the announcement, it paused non-fiat withdrawals. And one of FTX’s support team members issued the official statement in its authorized telegram group.

The cryptocurrency market welcomed the news; however, suspicions revolved around it.

“[R]egardless of how it ends, it’s another blow against the industry (and financial institutions in general) simply for a lack of voluntary transparency, but it’s another giant check mark for the transparency of blockchain data and the skilled researchers trained to uncover, read, and interpret this data.”

A lot of expectations were there from this deal! But the agreement impacted negatively and gave birth to another line of controversy.

Apart from these, Alameda Research had a slight tiff with BitDAO that Caroline Ellison resolved in no time.

Ben Zhou, the Co-founder of BYBIT, raised a question on the unexpected drop of $BIT on Twitter. And further demanded proof of refund from Alameda.

Within an hour, the matter got resolved! Ben Zhou thanked Caroline for her prompt response and taking up the case on a priority call.

Also, BitDAO shared the details of the 100 Million $BIT transfer on Twitter.

It seemed everything was on the settlement stage, but destiny had different plans for FTX and Sam Bankman-Fried.

7th November 2022 – The Aftermath on the CryptoCurrency Market

The day witnessed a depreciation in the cryptocurrency prices of BNB and Solana. 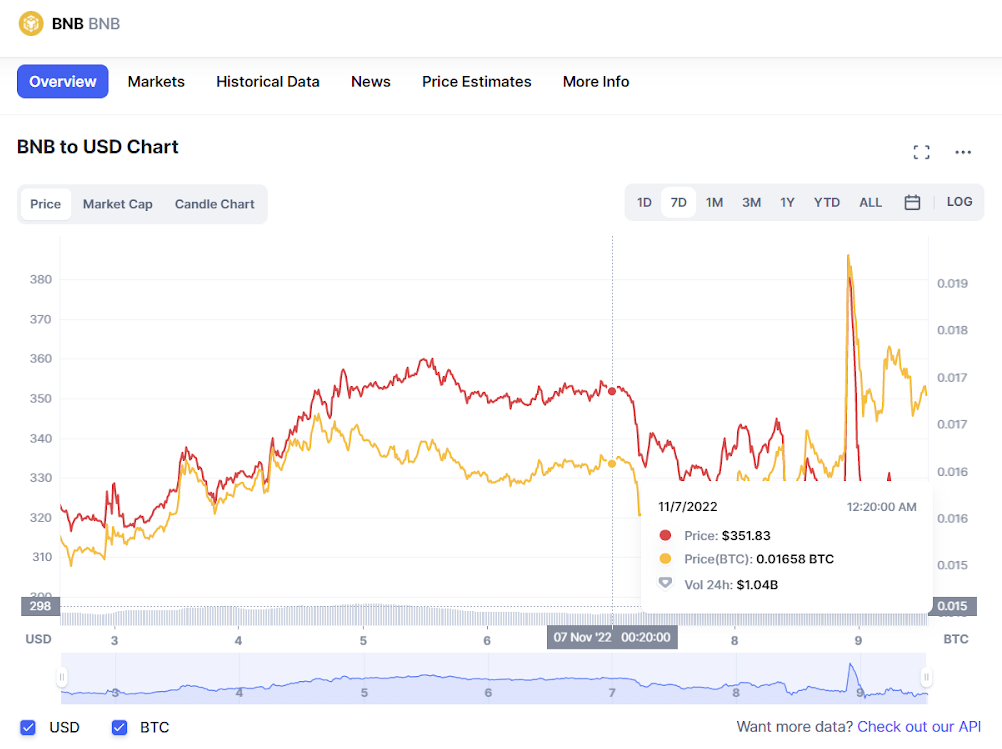 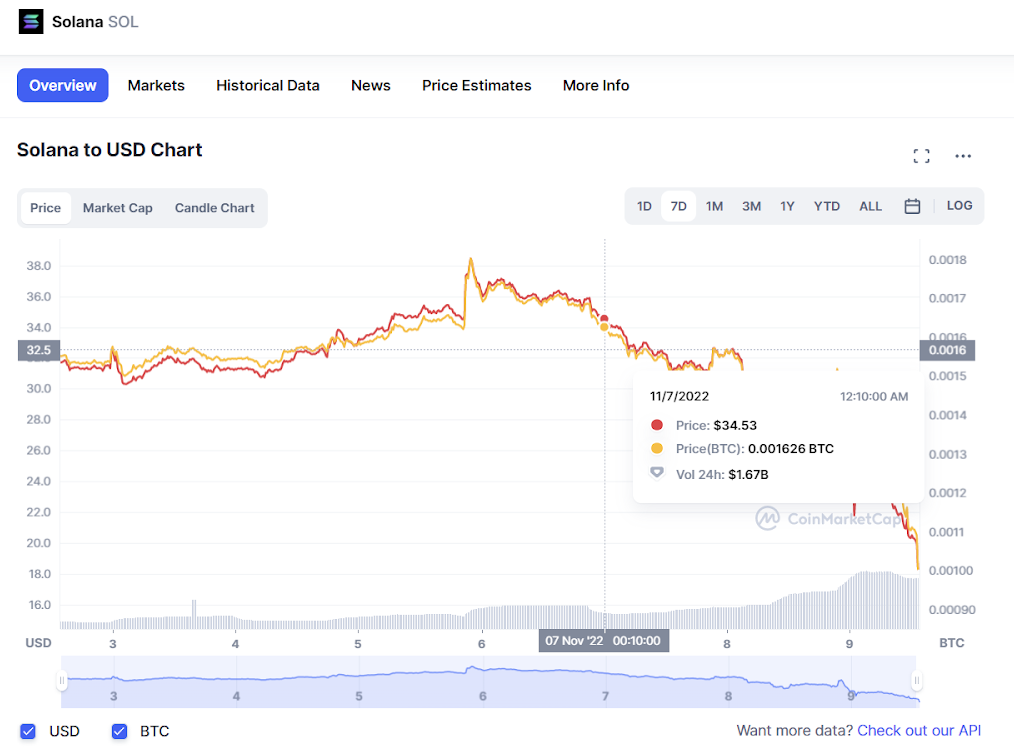 According to the CoinDesk Review Reports, the balance sheet covered –

Undoubtedly, the situation was getting intense! Amidst all these, Sam Bankman-Fried’s tweet caught the radar, which he later deleted.

Sam Bankman-Fried claimed that both FTX and its assets are fine. And this whole controversy is some competitor’s propaganda against them.

Twittertians didn’t understand why he deleted the complete tweet thread if everything was in stable condition. It fueled heated arguments and questions against FTX.

On 5th November 2022, there was a transaction of 22,999,999 FTT from an unknown wallet to Binance. Next, Binance’s CEO subtly responded to Sam Bankman-Fried’s “deleted tweet” and marked their move as post-exit risk management.

Additionally, Changpeng Zhao took a dig at the “competitor” (SBF’s deleted tweet) and clarified the decision to sell hold FTTs.

The tug-of-war didn’t end there!

After mysteriously deleting the last tweet, Sam Bankman-Fried thanked everyone for supporting FTX. He added that his team is diligently processing withdrawals.

Also, he clarified that FTX has all required audited financials and is a regulated firm.

Indeed it was a long day for the cryptocurrency market; however, with the day closure, the condition worsened more.

Following the CoinGlass statistics, the Open Interest of FTT Futures increased from $87.56 Million to $203 Million. In addition, the funding rate dramatically plunged to an annualized rate of -36%, as reported by Matrixport Technologies. 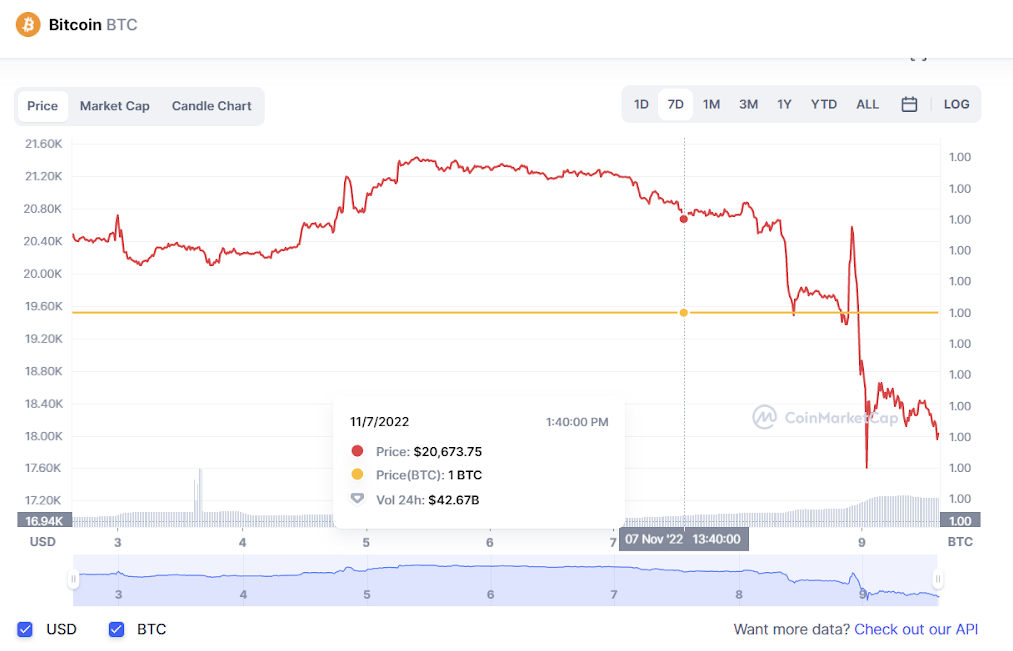 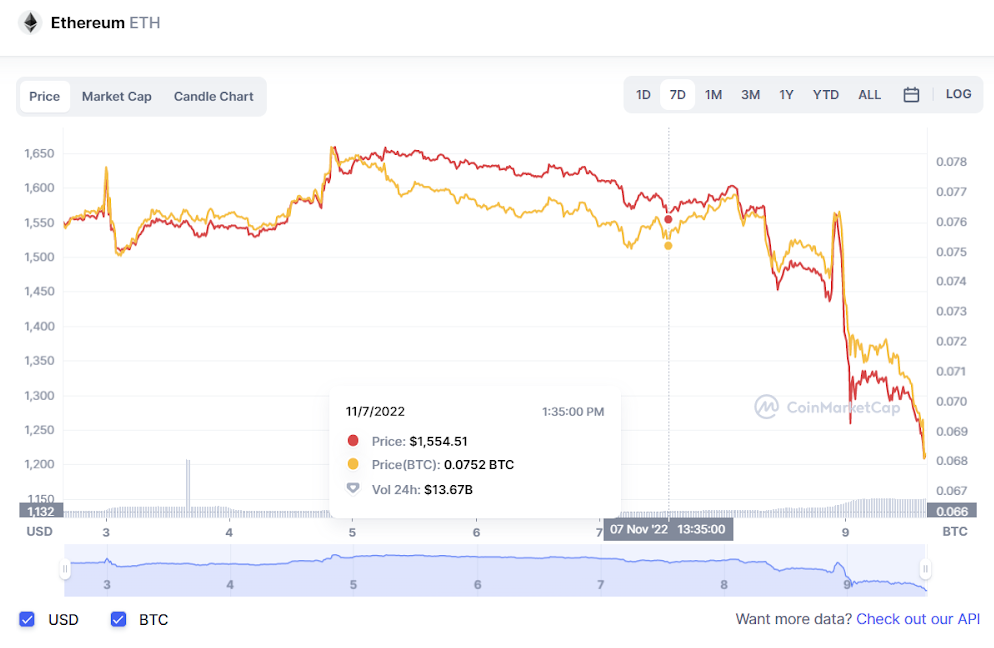 Concurrently, Sam Bankman-Fried appeared on UpOnlyTV (a crypto podcast) and shed light on the prevailing speculations.

After a few minutes of the show, Udi Wertheimer and SBF’s Twitter conversation led the case to a new level. In fact, Udi deleted some of the tweeps that fumed untold mystery.

And the next day woke up with shocking surprises!

In the first place, the tweets of Alameda’s CEO, Caroline Ellison, gained the limelight.

Wherein she explicitly denied any such discrepancies in the balance sheet. And claimed it – the subset of the company’s entities. Further, Caroline mentioned that the leaked financial document does not display more than $10 Billion of Alameda’s assets.

As the tweets surfaced, Sam Bankman-Fried supported Caroline and retweeted them.

To which Alameda’s CEO, Caroline Ellison, replied with an offer of purchasing FTTs at $22. However, she didn’t get any response from Binance’s CEO.

Further, Sam Bankman-Fried came up with a detailed explanation.

He briefed that clearing withdrawals at the international level are going pretty hard. But, still, they are clearing pendencies as fast as they can.

Meanwhile, the FTT began declining amid ongoing controversies and faced severe price instability. As a result, its cryptocurrency price fell by 14%, i.e., $22.88 over 24 hours. 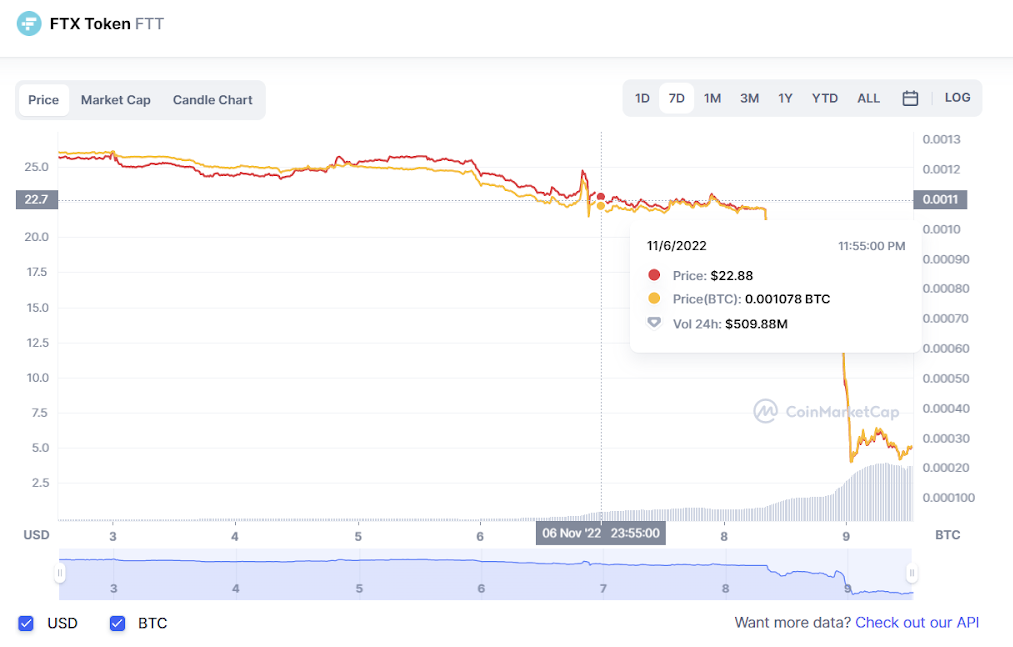 The fear of overall cryptocurrency market collapse started shaping into real, just like it happened in the case of LUNA.

These red flags in the “leaked” balance sheet composition were enough to warn as well as forecast Alameda’s bankruptcy.

As soon as the news became viral on the internet, investors’ panic started growing. And the rest is history. 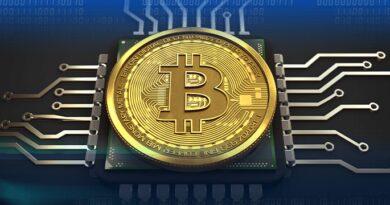 The economics of Bitcoin mining