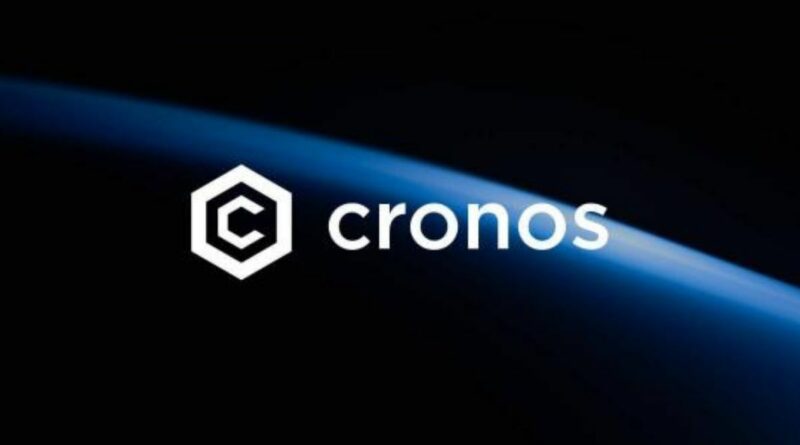 The recent rebrand of Crypto.com’s official token to “Cronos” comes at a time when the Cronos blockchain project is growing fast. Indeed, as Crypto.com itself stated on Medium, the name change was designed to reflect both “the decentralization of the coin” itself, and also the “tremendous growth of the Cronos ecosystem”.

Crypto.com launched the Cronos blockchain on its mainnet in November 2021, saying at the time it intended to support creators with multiple DeFi and GameFi apps. Cronos is designed to serve as the foundation of the emerging Web3 economy with its simple infrastructure that ensures dApps are both user-friendly and environmentally sustainable.

The project is becoming more recognizable thanks to its association with Crypto.com, which has established partnerships with high-profile brands like the French soccer club Paris Saint-Germain, UFC, Formula 1, the Philadelphia 76ers, Aston Martin, and many other famous names.

Crypto.com is building an entire ecosystem. For now, the Crypto.com exchange remains the most important element, but there’s much more to it, including a crypto wallet, an NFT marketplace, payments app, crypto credit cards, and more besides.

The missing link was DeFi itself, but that has changed with the launch of Cronos blockchain. Since the latter half of last year, dozens of popular apps have emerged in the Cronos ecosystem that is looking to shake up the DeFi sector. Here’s a quick rundown of the most successful DeFi projects on Cronos so far.

DeFi can be quite an intimidating place for novice traders, which explains the rising popularity of Very Very Simple Finance, the number one project of its kind on Cronos in terms of total value locked, according to DeFiLlama.

As the name suggests, VVS Finance aims to make DeFi easy and fun. It’s a cross-chain platform that relies on an Automated Market Maker and a simple interface where users can swap tokens and earn yield with low fees and no slippage. Although it’s simple, it’s quite functional, with a number of liquidity pools, staking, and various other projects available through its initial gem offering service. VVS Finance also has special trading battle events that are free to enter and provide the chance to win prizes, with rewards paid in the platform’s native $VVS token. To top it all off, VVS provides comprehensive analytics of token performance at a glance.

MM Finance is the first AMM and decentralized exchange on Cronos to offer fee rebates via a feature called trade mining. Add to that, it boasts what it says are the lowest trading fees on Cronos, and also the first Protocol Owned Liquidity on any Cronos DEX.

There are the usual DeFi options on MM Finance, with trading, staking, and yield farming. What’s attractive is that users are guaranteed to earn free $MMF tokens from their activities via trade mining rebates, meaning they get tokens for every trade they make, regardless of whether those trades are profitable or not.

The popularity of MM Finance is underscored by the numerous launchpads it hosts, including Mimas Finance, CROissant Games, and others.

Tectonic is a money market and liquidity platform for DeFi borrowing that boasts its own interest rate mechanism. With it, borrowers provide collateral to loan crypto that other users have deposited on the platform. All deposits are pooled and managed by smart contracts, with depositors allowed to withdraw at any time. Users can borrow up to 75% of the collateral they deposit.

The idea with Tectonic is that borrowers can gain access to other assets without needing to sell their collateral, so they can engage in short-term activities such as staking on the Tectonic platform or elsewhere. Those who deposit funds into the lending pool earn rewards for doing so, meaning they can earn interest without needing to actively manage their holdings.

Built atop of the MM Finance dApp, MM Optimizer aims to give new users an easy entrance into the world of DeFi. The project is a yield aggregator that works with existing DeFi protocols such as MakerDAO, Aave, and Compound, and it claims to play a vital role in the yield farming economy.

MM Optimizer says that yield farming through its platform on Cronos means low gas fees, meaning a lower barrier to entry for new DeFi users, plus better returns for those with minimal capital. It relies on smart contracts to reap the rewards of compounding with no hassle, calculating the best compounding frequency and then auto-compounding profits into the respective pools to maximize the return for users.

A decentralized, multichain yield optimizer that makes it possible to earn compound interest on your crypto holdings, Beefy Finance claims to deliver the highest annual percentage yield with low risk.

Beefy Finance relies on a set of investment strategies that are enforced through smart contracts, automatically maximizing the possible rewards from a number of liquidity pools, automated market maker products, and other yield farming opportunities within the wider DeFi ecosystem. With Beefy Finance, users can stake their tokens in various “Vaults”, each of which has a different investment strategy coded into its smart contract. Rewards are automatically paid to depositors by a process that compounds arbitrary yield farm reward tokens back to their assets. Users are free to withdraw their assets from the Vault at any time.

Another popular yield optimizer on Cronos plus multiple other chains is Autofarm. The biggest difference with Autofarm and other protocols is that it claims to have some of the lowest transaction fees on the market. Like Beefy, Autofarm offers Vaults that auto-compound user’s yields at optimal intervals while pooling gas costs through its smart contract code and yield optimizing strategies to ensure those low fees. It also claims a proprietary dynamic harvesting optimizer that enables high APY on its Vaults.

Autofarm’s second product, Swap, is currently in development. Autofarm Swap will be a DEX aggregator that ensures the best prices for all swap trades by splitting them across multiple DEXs to ensure the best price with low slippage.

CronaSwap claims to be the first decentralized exchange on Cronos and offers low transaction fees of just 0.25% on any CRC-20 token trade.

Users can also stake their LP tokens to earn $CRONA through its CronaSwap Farms feature. Meanwhile, CronaSwap Launch Pools provide a less resource-intensive alternative to mining, enabling users to lock up $CRONA tokens for a reward.

Other features of CronaSwap include an Initial Farm Offering launchpad that supports both basic sales and unlimited sales of tokens for new DeFi projects, plus the Crona Lottery, where users purchase lottery tickets with $CRONA for the chance to receive a much bigger prize.

While Mimas Finance is an AMM, its real potential lies with its upcoming liquid staking protocol, the first on the Cronos blockchain. It was built by the same team that developed Tranquil Finance on the Harmony blockchain and gives users a way to supply and borrow assets and receive or pay interest in a permissionless and decentralized way. Borrowing and lending rates are based on market demands, with loans over-collateralized to guarantee solvency.

Liquidi staking enables Mimas Finance users to stake $CRO and receive $stCRO in return. So users will be able to earn a yield of between 11% and 13% from staking, then use the $stCRO tokens they receive in applications such as Mimas Lending, while their $CRO is locked up, earning yet more yield.

As the first fully decentralized algorithmic stablecoin protocol on Cronos, DarkCrypto is looking to give users a way to hold and transact CRO-20 tokens without volatility risk. The platform does this by combining algorithmic money markets with crypto collateral to create a decentralized stablecoin ecosystem.

Users can access a variety of DeFi services powered by $DARK tokens, the platform’s stablecoin, which is pegged to $CRO tokens at a 1:1 ratio. Features include DarkAuto, a tool for depositing funds and growing them perpetually through the earning of compound interest, and DarkRoll, a play-to-earn mini-game that allows players to compete against one another and earn prizes paid out in $DARK tokens.

DarkCrypto also offers some reassurance for its users with its Treasury as a backed asset, which acts as a kind of insurance fund. The treasury receives 15% of minted $DARK tokens every epoch, and will use that fund to develop a lending system for $DARK token holders to lend and borrow $CRO from this reserve.

Single Finance aims to bring capital protection to DeFi on the Cronos blockchain, making it possible for users to earn securely. Digital assets are borrowed from its lending pool and sent with deposited funds to exchanges such as TraderJoe and VVS Finance, with the yield obtained auto-compounded by smart contracts. Meanwhile, the non-stablecoin asset of each liquidity pair is hedged by the asset borrowed at the beginning of a trader’s position to minimize impermanent loss.

One of the advantages of Single Finance is it calculates APY and implements a stop-loss mechanism according to the principal value in USD, meaning users will only lose a maximum of 15% of their capital in USD.

Single Finance’s other main product is Time Machine, which is a revolutionary liquid mining database that provides real return performance data such as trading fees, DEX yields, and price impact to help yield farmers make better decisions. Users can also compare the performance differences between farming in a liquidity pair or non-stablecoin assets within the same liquidity pair. 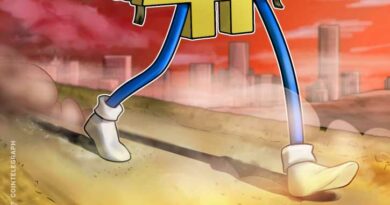 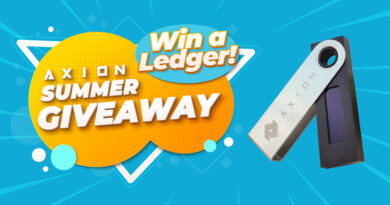 How to Buy Ripple (XRP) in Australia