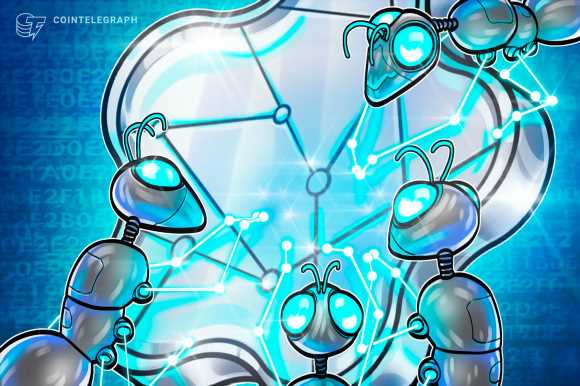 Van Dough announced the fund via an Aug. 31 tweet, stating: “Our thesis is simple, we believe the best way to gain exposure to the cultural paradigm shift being ushered in by NFTs is owning the top pieces from the most desired sets.”

Zhu shared the tweet, adding: “Excited to make history together.”

3AC is a digital asset-focussed fund manager that was founded in 2012. The firm has made investments in leading layer-one blockchains including Ethereum, Avalanche, and Polkadot, in addition to building an expansive DeFi portfolio including blueships Aave, Synthetix, and Balancer.

While details on the new fund’s roadmap are sparse at this stage, Van Dough revealed that Starry Night Capital hopes to launch a physical gallery “in a major city,” launch an NFT education portal, and explore other “community-building initiatives” by the end of the year. He added:

“The NFT space is not a zero-sum game, it is driven by strong flywheel effects and functions best when the pie is growing for all.”

Zhu, Davies, and Van Dough appear to have already teamed up to purchase nonfungible art together.

On Aug. 27, NFT enthusiast “pixelpete” tweeted that he had sold his one-of-a-kind Art Blocks NFT of Dmitri Cherniak’s artwork, Goose Ringer, to Zhu and Davies in a transaction that Van Dough brokered. The NFT is from Cherniak’s collection, Ringers — each of which was generated algorithmically on the Ethereum blockchain.

The pair paid 1,800 Ether for the token (roughly $5.8 million). However, it is unclear if Starry Night Capital will take possession of the artwork.

The community reaction to the fund’s launch on Twitter was mostly positive, with names such as Ryan Wyatt, the head of gaming at Youtube and Bankless founder David Hoffman congratulating the team.

However, user “Edgar Dubroviskiy” questioned the idea of purchasing only the “top pieces” in the NFT space, highlighting the high expense and poor liquidity of premium NFTs.

Was CoinBene’s “maintenance” a hack cover-up?