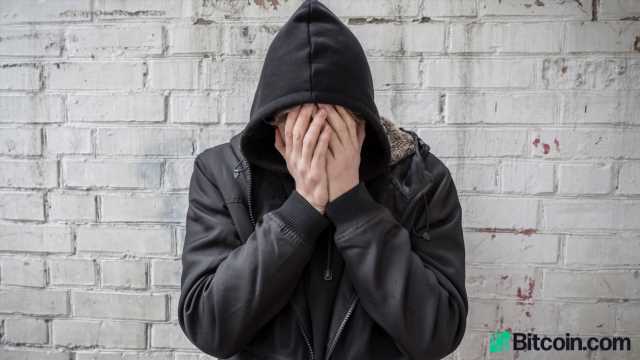 A British man has shared his story of how his cryptocurrency addiction has led to criminal charges and landed him in a hospital for addiction treatment. He lost more than a million dollars of other people’s money trying to duplicate his previous success in cryptocurrency trading.

A British man has shared his story of how his cryptocurrency addiction turned him into a criminal, the BBC reported. Referring to him as Jake, the publication noted Sunday that he is currently in treatment at one of the only hospitals in the U.K. that treats people obsessed with gambling on the value of cryptocurrencies. His identity is not disclosed due to him still being treated at the hospital.

Jake lost millions of pounds trading cryptocurrencies. He first bought bitcoin in 2015 but his addiction problem only started a couple of years ago. “I can pinpoint the exact moment it became a problem,” he described. “I had been eroding the sum I put aside, but I entered a trade, and I was willing to risk that last amount I had.” He continued:

I ended up making back pretty much everything I lost in a single trade. The feeling was one of absolute euphoria.

This euphoric feeling coupled with problems in his marriage and personal life quickly turned him into a crypto trading addict.

At the time, he was working at a job where was in charge of millions of pounds of other people’s money. He soon began trading with clients’ money hoping to duplicate his previous cryptocurrency trading success. He shared: “The first time I took it, I lost it all in about 20 minutes one night. The market moved very rapidly and I liquidated everything.”

Jake faced criminal charges for embezzlement but was able to pay his employer back 1.5 million pounds with the help of his family. He is now in treatment for his addiction.

There are no stats on the number of people with a severe addiction to cryptocurrency trading. However, Tony Marini, the lead counselor at the bitcoin addiction clinic at Castle Craig hospital in Peebles, said they are seeing an increasing number of addicted individuals in Scotland. In the past few years, the clinic has treated over 100 people for cryptocurrency addictions.

While there are people who have lost money trading cryptocurrencies or to crypto scams, there are also those who vow that cryptocurrency has saved them from financial ruin, particularly during the coronavirus pandemic.

Cameron is a freelance musician who has been severely hurt by the Covid-19 crisis and the subsequent lockdown, the publication conveyed. He said the situation was “devastating” for him as “Gigs came to an end, schools closed, all my sources of income completely vanished.” He decided to invest in cryptocurrency when the lockdown hit in March last year. “It’s been a really great year of these assets increasing in value to the point where, at least for the short-term, I’m not going to have any financial worries … It’s been such a relief.”

Analyst: Bitcoin Currently Severely Overvalued, Not Yet Ready For Moon