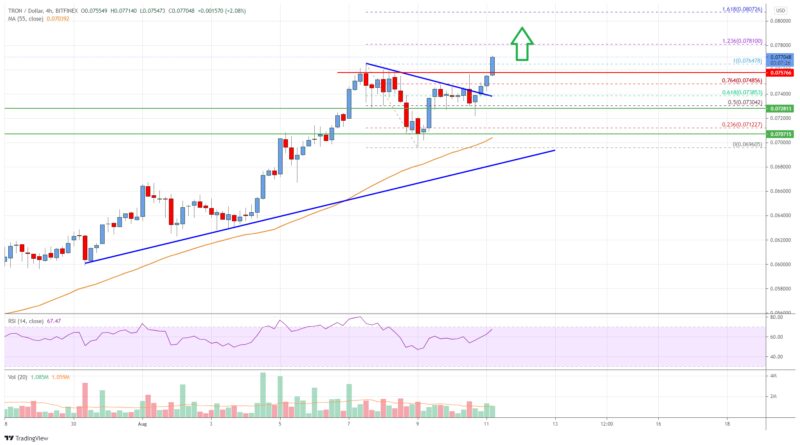 TRON price is trading in a positive zone above $0.0700 against the US Dollar, similar to bitcoin. TRX price is likely to accelerate further higher if there is a break above the $0.0800 resistance.

After forming a base above the $0.0600 level, tron price started a fresh increase against the US Dollar. TRX price broke many important hurdles near $0.0700 to move further into a positive zone. 4 hours MACD – The MACD for TRX/USD is now gaining momentum in the bullish zone.

4 hours RSI – The RSI for TRX/USD is still well above the 50 level.

WHAT IS BITCOIN? | Financially Fabulous