Gary Gensler, the Chairman of the U.S. Securities & Exchange Commission (“SEC”), has slammed the “non-compliant” crypto industry in the wake of FTX’s high profile collapse.

According to his SEC bio, “before joining the SEC, Gensler was professor of the Practice of Global Economics and Management at the MIT Sloan School of Management, co-director of MIT’s [email protected], and senior advisor to the MIT Media Lab Digital Currency Initiative.” From 2017 to 2019, he “served as chair of the Maryland Financial Consumer Protection Commission.”

Gensler was “formerly chair of the U.S. Commodity Futures Trading Commission, leading the Obama Administration’s reform of the $400 trillion swaps market.” He was also “senior advisor to U.S. Senator Paul Sarbanes in writing the Sarbanes-Oxley Act (2002), and was undersecretary of the Treasury for Domestic Finance and assistant secretary of the Treasury from 1997-2001.”

Gensler “earned his undergraduate degree in economics in 1978 and his MBA from The Wharton School, University of Pennsylvania, in 1979.”

On 11 November 2022, crypto exchange FTX filed for Chapter 11 bankruptcy, sending the crypto market into disarray. The move, which also saw FTX’s high-profile (former) CEO Sam Bankman-Fried (aka “SBF”) step down, left many wondering how such a massive failure could have occurred.

In a recent interview with CNBC, Gensler outlined the behavior which led to FTX’s collapse.

As reported by The Daily Hodl, he said:

It’s really as old as finance in its antiquity. When you mix together a bunch of customer money, non-disclosure and leverage, borrowing against it, and inside these companies trading, investors get hurt.

Gensler called the crypto world “very interconnected,” and noted that most of the wealth and power is concentrated in a few individuals. He lamented the vast number of FTX clients that lost money in the fallout, calling it the SEC’s “mission” to help protect those affected.

Gensler continued, saying that his regulatory commission has clear guidelines, but that crypto companies have routinely abused and ignored the regulations:

Look, I think that investors need better protection in this space. But I would say this, this is a field that’s significantly non-compliant. But it has got regulations and those regulations are often very clear.

Gensler outlined two approaches for the SEC towards crypto, including working with companies to become properly registered. The other path, he alluded to, involved greater enforcement, particularly in the wake of FTX’s collapse. 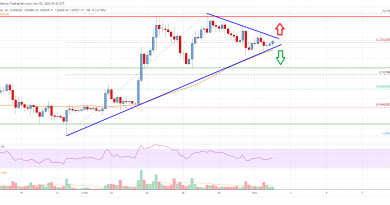