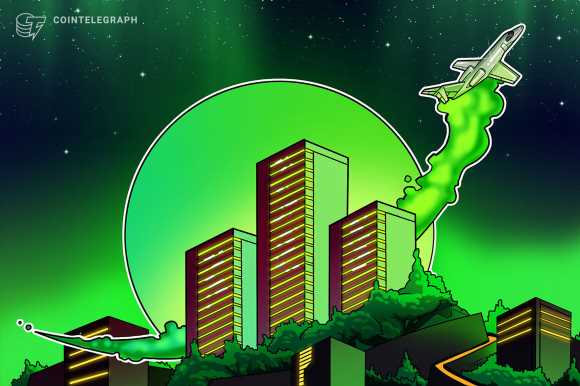 The native token of leading decentralized exchange Uniswap has surged by nearly 50% this week, ranking UNI as the eighth-largest crypto asset with a $17.7 billion market cap as speculation builds for the exchange’s coming V3 overhaul.

Messari currently ranks UNI as the -second-largest Ethereum-based asset by market cap behind Tether, beating out the Chainlink by nearly 50% of its capitalization.

UNI broke into the top 10 on March 5, becoming the first native token of a DeFi DApp to hold the distinction. In 24 hours, UNI’s capitalization increased from $8.8 billion on March 4 to $14.7 billion, according to CoinMarketCap’s historic snapshots.

The price of UNI is currently consolidating near yesterday’s all-time high above $34, with the token last trading hands for $33.9. 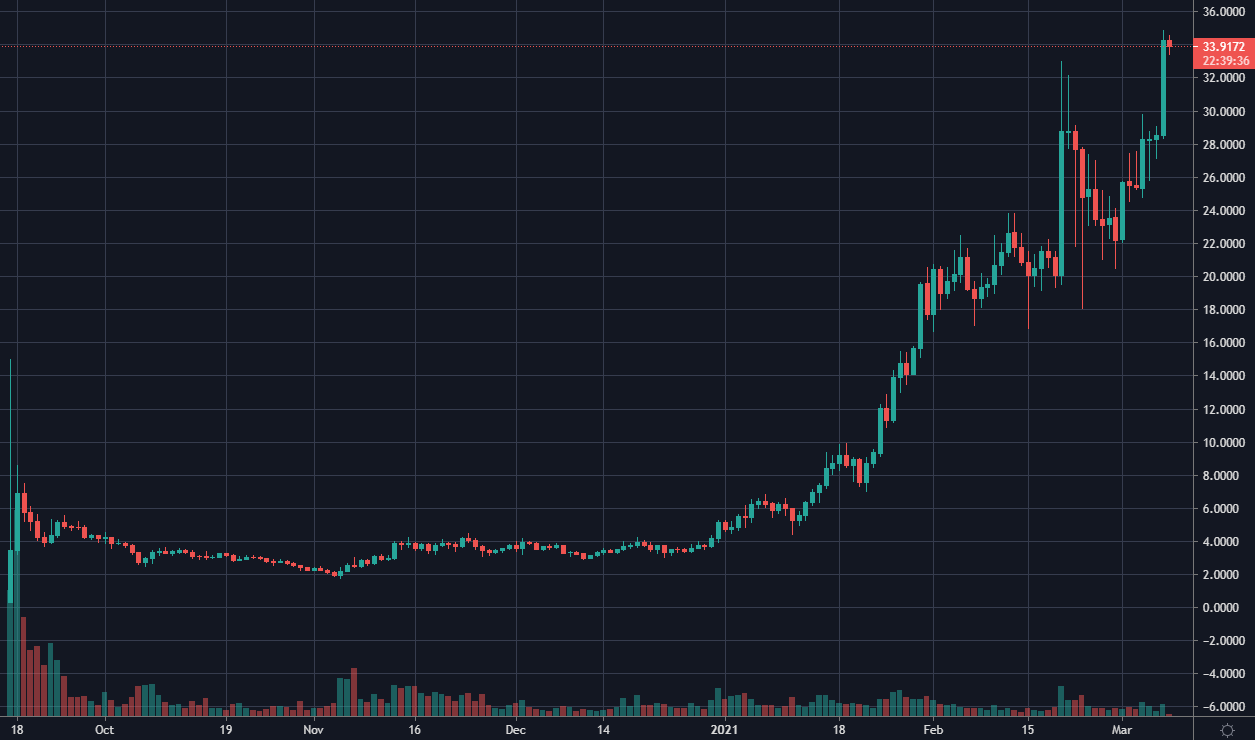 Uniswap’s initial token distribution saw UNI tokens airdropped proportionally to liquidity providers, in addition to 400 tokens being sent to every wallet that interacted with the DEX as of September 2020. As of this writing, 400 UNI are worth $13.560.

UNI’s entrance into crypto’s top 10 follows a record month for trade volume on the exchange, with February hosting four consecutive records for weekly Uniswap trade — culminating in a monthly all-time high of $31.9 billion in volume.

However, Uniswap’s streak of weekly volume records appears to have come to an end, with seven-day volume currently sitting at $6.4 billion — down 25% when compared to last week’s $8.6 billion. Despite the volume retracement, Uniswap still represents half of all trade on Ethereum-powered DEXes.

UNI’s surge also comes amid increasing speculation that Uniswap’s V3 upgrade may not be too far away, with Yearn Finance developer Andre Cronje speculating on March 4 that a recent increase in social media activity from Uniswap lead developer, Hayden Adams, could suggest the new version is coming soon:

Cronje’s post came after Adams had created a Twitter poll asking his followers where they will be looking to read announcements regarding “Uniswap v3 details.” Replying to Cronje’s tweet, Adams posted: “pls delete,” further raising suspicions Uniswap may have a significant announcement on the horizon.

Coinbase welcomes the founders of Bumpers to its team