Home » Crypto » What is the Purpose of a Virtual Machine in Blockchain? 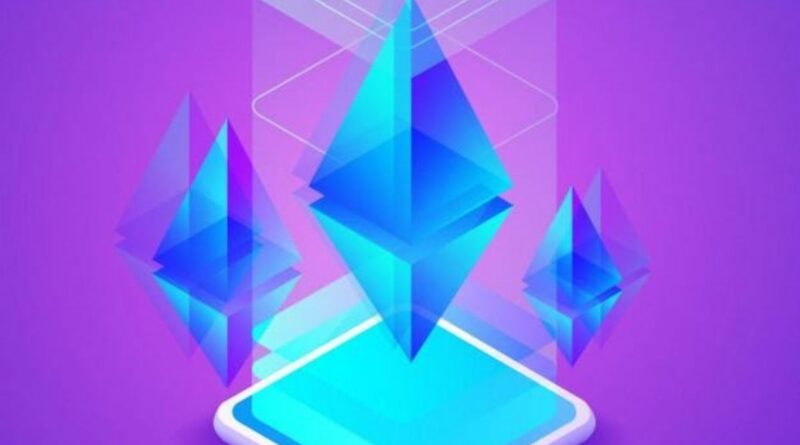 Most people familiar with cryptocurrencies know that a blockchain is a chain of transaction blocks tied together by cryptographic hashes. Many could also identify what a smart contract can do, based on an understanding of Ethereum. However, when it comes to more technical terminology, such as Virtual Machines, Turing-completeness, or opcodes, it can start to get a little too technical. Here, we explain some of these concepts in a beginner-friendly way.

What is a Virtual Machine?

Ethereum introduced the first virtual machine, so we’ll use it as an example to explain how one works. Essentially, it’s a processing machine for smart contracts running on Ethereum. In this context, a smart contract can be anything from a simple ERC20 token to a more complex set of code underpinning a decentralized application.

The Ethereum Virtual Machine (EVM) creates an abstraction layer between the smart contract code and the machine that executes it – the Ethereum network. Smart contracts on Ethereum are coded in Solidity, a programming language developed by one of the Ethereum founding members, Dr. Gavin Wood.

The EVM doesn’t execute Solidity code directly. Instead, when a developer is ready to deploy their smart contract, the code is compiled into opcodes. Opcodes are a set of 140 unique instructions that the EVM uses to execute specific tasks based on the smart contract’s coded instructions.

Each opcode has a defined base gas cost, although some may also charge a dynamic gas cost. Gas is the computational effort that it will take to execute any given transaction on the Ethereum network and forms the basis of calculating transaction fees.

Turing-completeness refers to the ability of a computer to solve any computable problems. The 140 opcodes used by the EVM allow it to be Turing-complete in principle, as they’re designed to compute any scenario. However, on a practical level, the EVM isn’t really Turing-complete because every computation is constrained by the available gas.

Why are Virtual Machines Important?

The Ethereum Virtual Machine was the first of its kind, introducing smart contract functionality to the world. Bitcoin, and all predecessor platforms, were only capable of monetary transactions involving the transfer of Bitcoin or other cryptocurrencies. There was no functionality to introduce conditions to a transaction. Therefore, the significance of Virtual Machines is that they level up a blockchain from being a vehicle for monetary transactions to a decentralized computer.

That’s not to say that the EVM is perfect. It’s difficult to debug or upgrade smart contracts. Furthermore, the Ethereum network is unscalable and suffers from high transaction fees due to overload.

Can Virtual Machines Connect To One Another?

Although Ethereum itself has aging architecture, the benefit of it having been around for so long is that other developers have now launched their own platforms with virtual machines that can connect to the EVM. Metaverse is one case in point.

The Metaverse Virtual Machine allows anyone to build smart contracts and deploy them on the Metaverse chain using the same toolsets as Ethereum’s smart contracts. Because it’s EVM compatible, any developer that already runs applications on Ethereum can migrate their dApps to Metaverse without losing any functionality. Furthermore, the platform offers lower fees and higher throughput, meaning a better user experience.

Perhaps most attractive is that Metaverse is fully interoperable with the Ethereum ecosystem and all ERC20 tokens.

Metaverse is based on the Substrate development framework, which is the same one used by Polkadot, allowing quick and easy deployment. Developers can opt to develop projects around Metaverse Smart Tokens (MSTs,) which are the equivalent of ERC20, Metaverse Identifiable Tokens, which are non-fungible, or Avatars, which are a self-sovereign identity feature.

Although Ethereum continues to dominate as a development platform, it’s becoming evident that the network’s problems are insurmountable in its current format. Therefore, developers would do well to look around for compatible alternatives, which allow them access to faster speeds and lower costs without locking themselves out of the buzzing Ethereum ecosystem.

WGES 2020: What should gaming companies be wary of when getting into blockchain?