Back in 2018 quite a few people bought Bitcoin SV (BSV) thinking they would be rich by today (2021). Most aren’t though. Many of those same people have not made any gains at all so far buying and selling BSV.

The BSV blockchain obviously is the number 1 utility blockchain in the world—no doubt about that. How come the price action is—at least for now—kind of disappointing compared to some of the other digital assets?

Can betting on the best tech be a mistake for speculators?

One might think the equation “best tech = most gains” speculation wise is accurate. But this does not have to be the case.

First of all, we have a problem of timing. Best tech has the best chance, sure—but when will the best tech show its true capabilities to the world? And when will the world actually acknowledge that?

Even if you are speculating on the best tech to outcompete the rest, it still doesn’t mean this happens within the time frame you did set for your speculation.

Secondly, speculators in BSV seem to have forgotten what world class speculators actually are to do: betting on what the other speculators will do.

I will repeat that real quick, because it is crucial and many BSVers seem to ignore that. If you are a speculator, you try to outcompete other speculators; and in order to do so, you need to know as well as possible what these other speculators are going to speculate on.

Personally, I have learned this from Daniel Krawisz. We even had a whole public conversation about Bitcoin and speculation.

Did BSV dedicated speculators pay attention to what other speculators in the digital asset sphere are doing or will be doing? For the most part, they did not. They simply thought “best tech = most gains” and are still—even today—wondering why this did not play out the way they thought.

To sum this up: BSVers should have accepted the fact that the whole digital asset market is not only highly manipulated, but consists of millions of “investors” and “speculators” that sincerely believe in that manipulated market and even want to believe in it furthermore. These other speculators simply do not care for the best tech at all—at least for now.

BSV price chart was not a bad ride so far—did you realize any gains?

When we look at the Bitcoin SV price chart, it shows plenty of opportunities to actually buy low and sell high. This is not just a “lame price chart” where nothing moved for decades, it was and still is a wild ride:

Pay attention to these last years of BSV price action. See the three major upwards spikes. Look at the major crashes, too—specifically how fast they happened. People pulled their investments there, realizing gains.

What did you do? Are you a speculator or are you married to your coins?

What all BSVers may have in common though is the fact that we faced a tremendous deception campaign against Bitcoin SV itself, as well as against the leading personnel of it. And we definitely underestimated the dimension of that.

We knew it was going to be hard to compete in the public sphere against other digital assets, but did anyone foresee how much effort and money “the other side” would deploy?

Personally, I came to the conclusion that these attacks are not even directed at BSV or public figures of BSV per se, but rather against humanity and economic growth itself—as can be read in my articles Nobody is attacking Craig Wright and Bitcoin SV’s real enemy is anti-growth mentality.

BSV even got delisted by major digital asset exchanges. This was part of the commercial attack on Bitcoin SV. But we also underestimated the delisting concerning the price action for sure.

Look, I am not talking tech here. Just to make it clear, tech wise, there is no doubt about Bitcoin SV at all. But speculation wise, you do not want to be fully trapped in a nonliquid asset. For speculators, liquidity is key. Being delisted on major exchanges is surely not positive for liquidity.

What about the future price of BSV though?

No idea. No clue. You know what Daniel Krawisz said in this interview about Bitcoin and speculation?

I expect that one day, one BTC will not buy one BSV. When this will happen, I do not know nor will I attempt to guess. This game is about maintaining integrity over time and that is what is really brave, not pretending to know something when you really don’t.

Maintaining integrity—I think BSVers have done that and are still doing it. More than any other group of people I personally have witnessed in my life so far. Not exaggerating at all.

Will it pay off though? Is this world a just world? Do you have a plan in case it does not pay off, even long term?

There are many ways to profit from the BSV blockchain other than buying BSV the token by the way. Look at the opportunities. Look at what all these BSV dedicated businesses are building right now. You can be part of it.

Watch: CoinGeek Zurich panel, The History of Money & The Future of Bitcoin 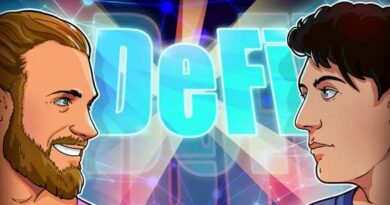 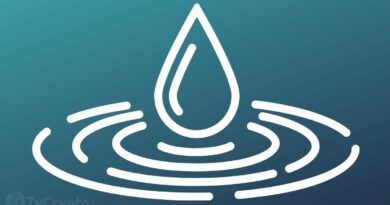 Searching for Maximum Profit: When will Bitcoin be Huge Again?