Coinbase, the US-based cryptocurrency exchange, has seemingly re-listed Ripple’s token XRP on Thursday through its Coinbase Pro platform, but it was short-lived. According to users who took social media to report the matter, XRP/USD, XRP/EUR, XRP/GBP, and XRP/BTC pairs appeared in the platform as available to trade.

Afterward, XRP price skyrocketed for a while when the news made the headlines, but it erased the gains after Coinbase stated that such reports on a re-listing weren’t accurate, and, by the contrary, it happened due to a technical glitch. “As previously announced, Coinbase has suspended trading in XRP. Due to a technical issue, XRP was temporarily viewable on the Coinbase Pro mobile app for some customers but was not tradeable,” Coinbase Pro stated through its Twitter handle.

However, the explanation wasn’t convincible enough for some members of the crypto sphere. In social media, users suggested that Coinbase could have made the maneuver to ‘troll’ the US Securities and Exchange Commission (SEC) due to its recent threat against the crypto exchange to fill a lawsuit. “Seems like at this point, Coinbase is just itching to get in a fight with the SEC. Good for them, I’m excited to see them really crush these hall monitors,” the @SplitCapital Twitter handle commented.

A Big Legal Battle in the Crypto Sphere Is Coming Soon?

This week, the US SEC announced it would sue the US-listed cryptocurrency exchange over concerns of breaching security laws if the firm launches its Lend program. The Lend program seeks to allow users to earn interest in their crypto holdings. Although it has not been launched to the public, the product is set to offer a 4% yield once their holders lend their stablecoin USD Coin (USDC) to Coinbase. However, due to the SEC’s turmoil, its launch has been delayed until October.

At the end of 2020, Coinbase announced it would discontinue XRP trading starting January 19. The announcement came in the wake of the SEC lawsuit that is pursuing legal action against Ripple and its executives.

Eurex OTC Clearing Continues to Rise in May, Despite Lower Volatility 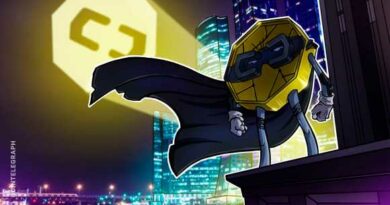