Home » Economy » A quick economic rebound seems assured – but then what? 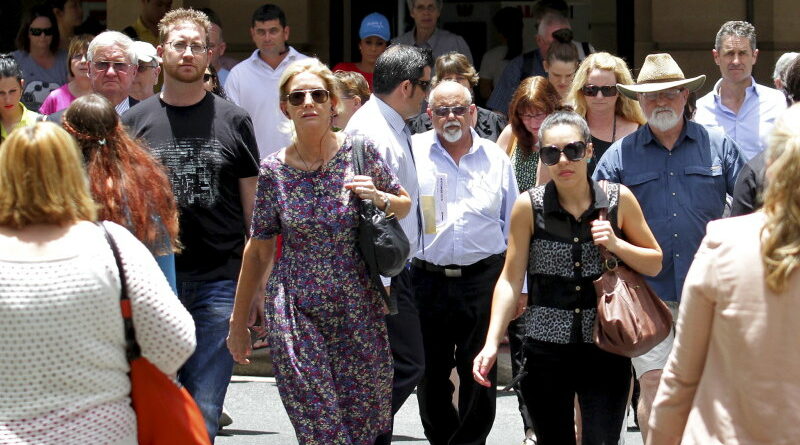 The good news in this week’s “national accounts” for the three months to end-September is that the Delta-induced contraction in the economy was a lot less than feared – not just by the financial market economists (whose guesses are usually wrong) but by the far more high-powered econocrats in Treasury and the Reserve Bank. So now it’s onward and upward.

According to figures from the Australian Bureau of Statistics, real gross domestic product – the economy’s total production of goods and services – fell by 1.9 per cent in September quarter, thanks to the lockdowns in Sydney, Melbourne and Canberra. 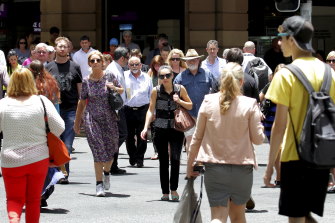 This contraction of 1.9 per cent compares with the fall of 6.8 per cent in the June quarter of last year, caused by the initial, nationwide lockdown. We know that, as soon as that lockdown ended, the economy rebounded strongly in the second half of last year, and kept growing in the first half of this year – until the Delta variant came along and upset our plans.

So we have every reason to be confident the economy will rebound just as strongly in the present December quarter now the latest lockdowns have ended. We’ve yet to assess and respond to the latest, Omicron variant but, now so many of us are vaccinated, it shouldn’t require anything as drastic as further lockdowns.

We can be confident of another rebound not just because we now understand that the contractions caused by temporary, government-ordered, health-related lockdowns bear little relationship to ordinary recessions, but also because the early indicators we’ve seen for October and November – including those for what matters most, jobs – tell us the rebound’s already started.

In ordinary recessions, it can take the government months to realise there is a recession and start trying to pump the economy back up. With a government-ordered lockdown, the government knows what this will do to reduce economic activity so, from the outset, it acts to make up for the loss of income to workers and businesses.

As with all contractions, most people keep their jobs and their incomes and so keep spending. In a lockdown, however, they’re prevented from doing much spending by being told to stay at home.

This means everyone has plenty they could spend – even people whose employment has been disrupted. So their savings and bank balances build up, waiting until they’re allowed to start consuming again. When the lockdown ends, the floodgates open and they spend big.

After last year’s lockdown, the proportion of their income being saved by the nation’s households leapt to more than 23 per cent, up from less than 10 per cent. Over the following four quarters, it fell to less than 12 per cent.

What we learnt this week is that, following the latest lockdown, the household saving ratio jumped back to almost 20 per cent. So there’s no doubt households are cashed up and ready to spend. 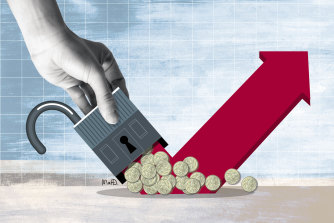 Why was the blow from the latest lockdown so much smaller than that from last year’s? Mainly because it only applied to about half the economy. The other states grew by a very healthy 1.6 per cent during the quarter.

But the main reason this year’s contraction proved smaller than economists were expecting seems to be that businesses and households have “learnt to live with” lockdowns. We now know they’re temporary and we’ve found ways to get on with things as much as possible.

However, this was more than countered by a fall in the level of business inventories, which subtracted 1.3 percentage points from growth. The two seem connected.

The fall in imports seems mainly explained by temporary pandemic-related constraints in supply. And inventory levels are down mainly for the same reason. Seems cars are the chief offender.

Our “terms of trade” – the prices we receive for our exports relative to the prices we pay for our imports – improved a little during the quarter to give a 23 per cent improvement since September last year.

Both the improvement in our terms of trade and the improvement in net exports help explain some news we got earlier in the week: the current account on our balance of payments (a summary record of all the financial transactions between Australia and the rest of the world) rose by $1 billion to a record $23.9 billion during the quarter.

If you think that sounds like good news, you have more economics to learn. We’ve run current account deficits for almost all the years since white settlement because, until recent years, we’ve been a “capital-importing country”.

But that’s because we haven’t had much investment of our own. The rebound to a growing economy seems assured, but returning to the old normal isn’t looking like being all that flash.

Ross Gittins is the economics editor. 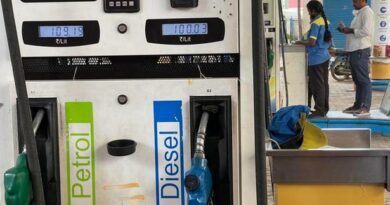