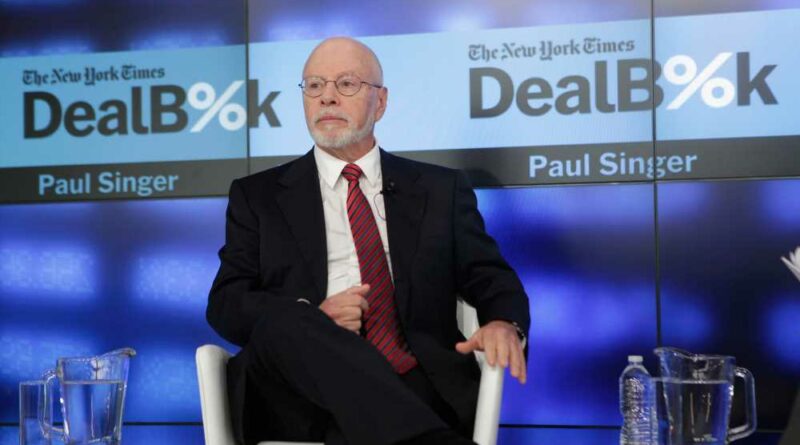 Last month, Singer’s hedge fund Elliott Management urged the utility to split its $78 billion electric-and-gas empire into three companies — an unusual proposal in an era of consolidation that a few analysts variously described as “odd” and “puzzling.”

Earlier this month, however, a trio of op-ed pieces went a bit further — and they all appeared to be working off talking points that were strikingly similar to each other.

A piece in American Thinker by Michael Busler appeared on May 15, highlighting static Elliott had gotten from utility regulators in Kansas and Missouri over a previous deal with local utility Evergy Holdings, with the former saying the deal offered “little upside to ratepayers.”

Busler likewise wrote that Texas regulators accused Elliott of lying about its position during the bankruptcy of Energy Future Holdings, and highlighted media coverage that called Hess Corp. “the incredible shrinking oil producer” after Elliott took a stake.

“Prior to Elliott’s investment, Hess had approximately 15,000 employees,” Busler wrote. “After the hedge fund meddled in the company, that number shrank to less than 1,800.”

Three weeks later on June 8, another pair of op-eds cropped up, one from Townhall.com which cited the dustups in Kansas and Missouri, quoting the “little upside to ratepayers” language and also weighing in on the Hess situation, with some nearly identical language.

“Prior to the investment, Hess had approximately 15,000 employees,” wrote Townhall columnist George Landrith. “After the hedge fund interfered with the company, that number shrank to less than 1,700.”

A source close to Elliott says the firm vehemently disputes claims that it ran into trouble with regulators and is responsible for thousands of firings. In May, insiders say, complaints from Elliott about inaccuracies in the American Thinker piece persuaded the site to take it down soon after it was published. Ditto for the Townhall piece. American Thinker and Townhall declined to comment, as did Busler and Landrith.

Also on June 8, the Tampa Bay Times published a piece by Chris Ingram titled “Florida doesn’t need New York billionaires messing with its utilities.” The piece, which was still on the site as of Monday, also took readers through the stories in Kansas, Missouri and Texas.

“The author has said he was not paid to write the column, and he contests the inferences drawn by the hedge fund Elliott,” the Tampa Bay Times said in a statement. “While there are similarities between his column and a previously published column, that does not establish plagiarism.”

Sources close to the situation say the op-eds appear to have been orchestrated by TDS, a Washington-based public-affairs firm which got attention from Buzzfeed for what the site called “stealth corporate propaganda campaign[s]”.

In a statement to The Post, Duke said: “We haven’t hired them and are not affiliated with TDS.” A Duke spokesman declined to comment further, including on whether TDS may have been hired by an outside law firm working with Duke.

The stock market’s ‘Halloween Indicator’ is more trick than treat