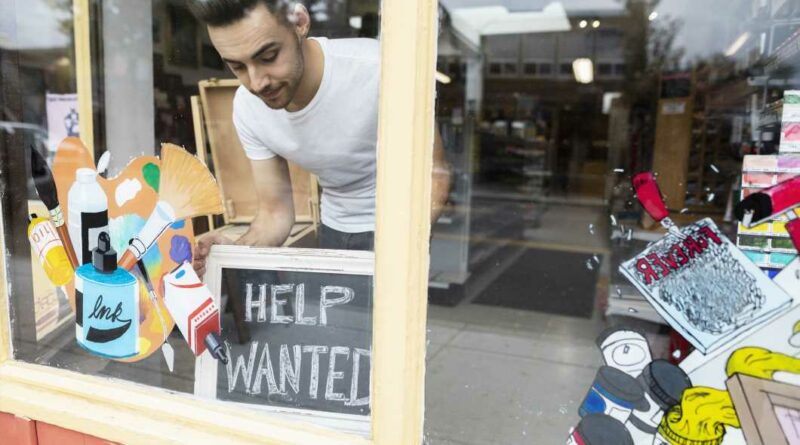 U.S. employers added only 235,000 jobs in August and the unemployment rate fell to 5.2% from 5.4%, suggesting the spread of the delta variant may have kept more Americans from returning to the workforce. Economists were expecting at least 600,000 jobs to have been added last month, but hiring in the services sector of the economy slowed.

Jobs in leisure and hospitality, which have been a primary driver of job growth, were essentially flat from July, and the unemployment rate in the industry ticked higher to 9.1%. Mask mandates and dining restrictions in many states may have contributed to the slowdown. Hiring in that sector had averaged 350,000 jobs per month over the past six months.

According to the Department of Labor (DOL), about 5.6 million individuals cited pandemic-related reasons for why they couldn’t work, an increase of 400,000 from July. Roughly 76% of the jobs that were lost amid the pandemic have been added back since April of 2020, but 5.3 million people who were working prior to that remain out of work. The labor force participation rate stayed relatively unchanged at 61.7%, which is historically low for the U.S. labor market.

Hiring in professional and business services led the gains in August with 74,000 new positions. Other sectors showing gains included transportation and warehousing, with 53,000 jobs added, private education, with 40,000 jobs added, and manufacturing and other services, which each posted gains of 37,000.

The retail sector lost 29,000 jobs, with the bulk of those coming from food and beverage stores, which saw a decline of 23,000 positions.

The weaker-than-expected job gains may give the Federal Reserve pause in terms of when the central bank will begin tapering its $120 billion in monthly bond purchases. Fed Chair Jay Powell said recently that the central bank wants to see the U.S. labor market move closer to full employment, which it considers to be 3-4% unemployment. Many market watchers and Fed governors had targeted late September for that tapering to begin. Those forecasts may now shift to later in the year.

Alexandria Ocasio-Cortez on being called ‘enemy of freedom’ by baseball team: ‘Words matter’