Angela Lowe is happy in her South Yarra home and has no intention of moving anywhere.

But Mrs Lowe’s choice, like that of tens of thousands of other “empty nesters” across Melbourne with no interest in downsizing from homes they have owned for decades, is increasingly contentious as the city’s real estate market heats to boiling point.

Economists and the real estate industry warn massive increases in house prices seen this year are largely driven by a lack of desirable properties on the market. The large number of family-sized homes occupied by couples and singles from the baby boom generation is another big factor in the squeeze. 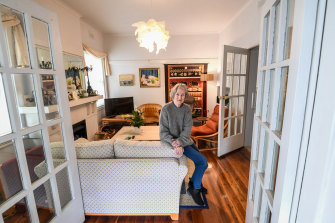 One respected private sector economist says the empty nester phenomena could be having far-reaching ripple effects, not just on real estate prices, but on employment, urban sprawl, transport and even long-term fertility rates.

But Mrs Lowe said she and her fellow boomers were entitled to enjoy their homes without the “unjustified resentment” of younger generations as experts said this week that market failure, not empty nesters, was responsible for the city’s scarcity of affordable family homes.

Landmark research by the Productivity Commission in 2016 found that 80 per cent of older Australians owned their own home and nearly three quarters of them had no intention of selling up in retirement, mostly out of a desire to remain in their communities. 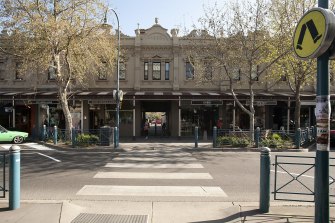 The majority of older Australians want to remain in their communities.Credit:Luis Enrique Ascui

The commission identified the lack of housing options available for older Australian to “age in place” as a key impediment to downsizing and five years on, those options remain scarce according to KPMG Urban and regional Planner Terry Rawnsley, who came to the defence of the empty nesters this week.

“It’s not helpful to blame people for living in the homes they’ve lived in for 20 or 30 years, it’s recognising that the market hasn’t worked in the way we’d liked,” Mr Rawnsley told The Age.

“We want to build suburbs where we can have grandparents, parents and grandchildren all closer together.

“The challenge is you have people in the family homes with the children moved out, they love the area and don’t want to move too far but they don’t want to mow the lawn every weekend so they would like something smaller, but the housing market hasn’t provided the type of product they’re looking for.”

But the decision by empty nesters and retirees to stay put in their family homes was putting “considerable pressure” on the city’s housing market, the economist said.

“If you look at the house price data for the type of suburbs where you’ve got larger homes with a bit of space, they’re the ones which have increased above average, against the rest of the property market,” Mr Rawnsley said.

”If people can’t find this three-bedroom house they want in the middle ring suburbs, the natural ripple effect is they’ll move further out from the city.

“The further you get away from the job options that the inner and middle ring suburbs provide, people, especially women, decide it’s too hard to travel for 45 minutes, come home, do the drop off or pick up and they drop out of the labour market or take a lower paying job.

“Or conversely someone might say ‘it’s so hard to find a family sized property, I might reconsider having that second or third child’.”

“So you have this squeeze that impacts labour force participation and total fertility in the longer term.”

Mr Rawnsley said reform to Australia’s tax and transfer systems might provide further incentives to downsizing, changes to local and state planning systems could encourage more developments that would be attractive to retirees, who were often resistant to living in apartments, units or townhouses.

“Staying in community is one of the greatest determinants of retirement outcomes, both for longevity and broader outcomes,” Mr Funder told The Age.

“Keeping your friends and the service providers you know, in a house that is known to you is a much bigger contributor to retirement outcomes than the health care you get, or your diet or exercise.

Mrs Lowe lives alone in her large apartment, which could easily accommodate a family, but the 76-year-old has no intention of looking for somewhere smaller and does not accept criticism for her choice.

“There’s a lot of quite unjustified resentment against people keeping their family homes,” Mrs Lowe said.

“This hasn’t happened in the past with my parents and my grandparents who had large houses, there was no pressure to downsize.

“But today, the housing market is blamed on the boomers or the pre-boomers or whoever, like it’s their fault and it isn’t.

“I hate this assumption that people have to progress into smaller and smaller boxes as they get older. It might suit some people and that’s great but as an assumption, it’s horrible.”

But buyers’ advocate Anthony Buccello of National Property Buyers said the shortage of stock in established suburbs was a “huge” factor driving the property market to its present record highs and that the issue was most pronounced in band stretching through the eastern suburbs down to the bayside neighbourhoods.

“The only thing that’s going to ease the market is more stock and whatever policies are put in place to incentivise people to sell, something needs to happen in order to balance the market,” Mr Buccello said.

Another buyers’ advocate Wendy Chamberlain said young families were struggling to secure the homes they wanted were caught in a “catch-22” situation of older owners, starved of alternative choices, keeping their properties off the market with the scarcity then driving prices higher.

“It’s a catch-22, but you can’t say to someone ‘please move out of your house because I would like to buy it’.”

But the pandemic might have shifted some attitudes, according to legendary Kew real estate agent Valda Walsh who said she had seen a greater willingness among her clients since the long lockdown of 2020 to consider downsizing.