Home » Economy » My Peugeot 508 is out of warranty, but the maker says it will fix it

In October 2020, I bought a secondhand Peugeot 508 from the lease company that had leased it out as a company car. It was just over four years old with a high mileage of 93,000 miles but with a full Peugeot service history.

In early May, my wife was driving the car (with the mileage now at 96,000) and the timing belt failed, causing serious engine damage.

I had checked the belt replacement interval before buying, which Peugeot confirmed as 122,000 miles.

At the dealership they said the belt hadn’t snapped but lost some teeth due to corrosion on a pulley, and that, as the car was out of warranty, there was not much hope.

Once dismantled, they would go to Peugeot and ask if it would pay something towards the repair, which was estimated at £3,000-£4,000. I wasn’t happy, so I contacted the manufacturer.

Peugeot has now accepted that this should not have happened to a car fully serviced by its dealers, and it is repairing the vehicle at its own cost.

A big win for Peugeot’s reputation, wouldn’t you say?

It is becoming rarer and rarer for carmakers to fix problems such as this once a vehicle is out of warranty, so a big well done to Peugeot for standing by its car. I can tell you that lots of rival manufacturers would have been very unlikely to have entertained such a claim.

Contrary to what most people think, high-mileage three- and four-year-old cars tend to be very good purchases – provided they have a full main-dealer service history. Had you not had this, I suspect Peugeot would not have paid for the damage.

There is also a strong case for private owners to change timing belts (and the oil) earlier than the manufacturer recommends. For instance, if advised to change a belt at 120,000 miles, I would probably do it at 80,000 miles for peace of mind. If they go, they usually wreck the engine.

We welcome letters but cannot answer individually. Email us at [email protected] or write to Consumer Champions, Money, the Guardian, 90 York Way, London N1 9GU. Please include a daytime phone number. Submission and publication of all letters is subject to our terms and conditions 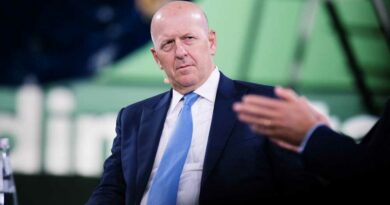