From John Howard’s “never ever” GST to Paul Keating’s L-A-W tax cuts, politicians are famous for making – and breaking – promises. “By 1990, no Australian child will be living in poverty,” Bob Hawke once pledged, providing both a clear yardstick and timeline against which his failure could be judged.

So, how are we to judge statements made by Australia’s central bank governor, Philip Lowe, that official interest rates were unlikely to rise until 2024? In his own defence, Lowe insists he never made a “pledge” or a “promise” – it was simply a “best guess”. A guess that turned out to be woefully wrong, certainly, but a guess, nonetheless. 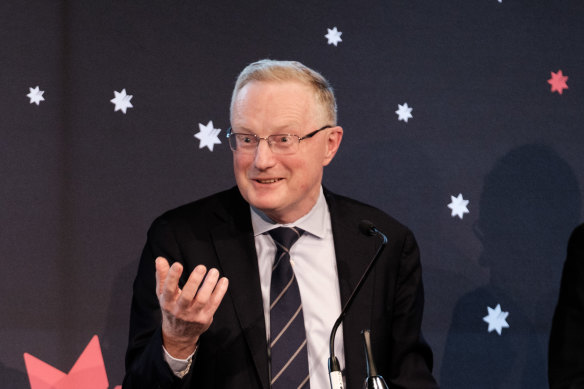 Guidance, not a promise. Reserve Bank governor Philip Lowe’s prediction for interest rates wasn’t quite on the money.Credit:Oscar Colman

In judging Lowe, it helps to understand exactly what he did and did not say, which I’ll get to. However, it’s also important to understand Lowe’s remarks were no mere slip of the tongue or off-the-cuff remark, but part a premeditated strategy deployed by the Reserve Bank of Australia during the COVID crisis, designed to help stimulate the economy.

In central bank circles, statements about the likely path of future interest rate movements are known as “forward guidance”. And in ordinary times, our central bank has been unusually reticent by international standards to offer anything of the sort.

That all changed on March 19, 2020, when the RBA unleashed a suite of previously unthinkable policy measures designed to sandbag our economy against the COVID storm. These included a massive program of buying government bonds, a new ultra-cheap credit facility for banks and a target to keep wholesale borrowing costs low.

More subtly, it also included formally providing forward guidance on the likely path of future interest rate movements. The guidance was vague at first, with Lowe stating only “we are likely to be at this level of interest rates for an extended period”.

In November 2020, that “extended period” became “at least three years”.

In February 2021, the language was sharpened again to: “The Board will not increase the cash rate until actual inflation is sustainably within the 2 to 3 per cent target range. The Board does not expect these conditions to be met until 2024 at the earliest.”

Again, not a promise. But a rather precise new appointment in the economic calendar, nonetheless.

Throughout most of 2021, Lowe repeated the 2024 date, despite mounting evidence that the economy was more resilient than expected. In November last year, he conceded “genuine uncertainty as to the timing of future adjustments in the cash rate” and that a pre-2024 rate rise was “possible”.

He continued to dismiss, however, market pricing of a series of rate rises in 2022 as “a complete overreaction” and maintained it was “still entirely possible that the cash rate will remain at its current level until 2024″.

But here we are.

Lowe insists his guidance was never “calendar-based” but “state-based”, meaning the path of future rate hikes was always tied to the state of the economy, not some predetermined date in a diary.

But such subtlety was clearly lost on both the media and many borrowers.

So, did the Reserve Bank deliberately mislead borrowers? Should the governor be sacked? No and no.

But I do think serious questions need to be asked about our central bank’s use of forward guidance as a policy tool and whether it will be appropriate to use again in the event of another crisis.

For its part, the RBA is already conducting its own internal review of its forward guidance and, last week, Lowe signalled he would give a speech on the matter before the end of the year. These matters will also be the subject of the Labor government’s independent review of the central bank.

The irony is that the more seriously misled people were by the bank’s statements, the more effective they would have been in achieving its aim of stimulating the economy.

Would as many people have borrowed as much money – thereby pushing up home values and supporting the economy via the “wealth effect” – if they had thought rates might rise sooner than 2024? I think it’s probable some borrowers would have shown more restraint than they did. How much more restraint? We may never know. 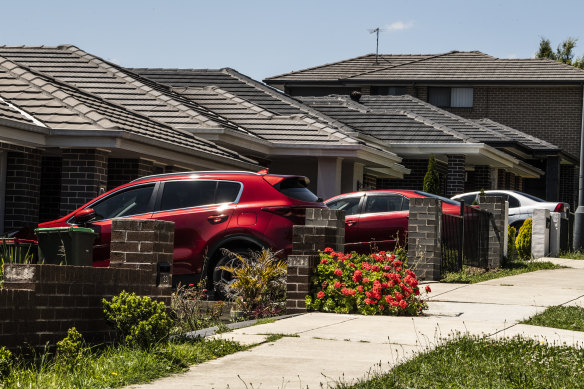 Would as many people have borrowed as much money if they had thought rates might rise sooner than 2024? Credit:Louise Kennerley

Was Lowe wrong to communicate he expected interest rates to remain low for an extended period? Perhaps not. Undoubtedly, that helped to steady the ship.

But was he wrong to set a specific calendar date for when policy was likely to return to normal? With the benefit of hindsight, I think he was. I write a lot of sexy headlines, and “no rate rises until 2024” is a much sexier headline than “no rate rises for an extended period”.

Lowe and co can always argue it came with caveats. But caveats work better in the reams of academic research papers than they do in the realms of media headlines and public memories.

Our central bank may not have set out to deliberately mislead borrowers. But it did decide to wield a radical new policy tool (in an Australian context, at least) in a way that was significantly sharper and more precise than that used by other central banks and communicated in such a way that it was poorly understood by most Australians.

I suggest we let it lie unused in the monetary policy armoury during the next crisis.

The Opinion newsletter is a weekly wrap of views that will challenge, champion and inform your own. Sign up here. 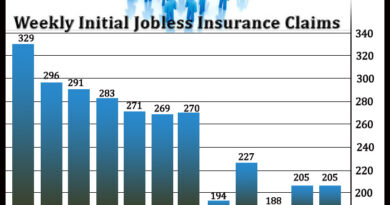 How the coronavirus pandemic can impact your personal finances, according to experts