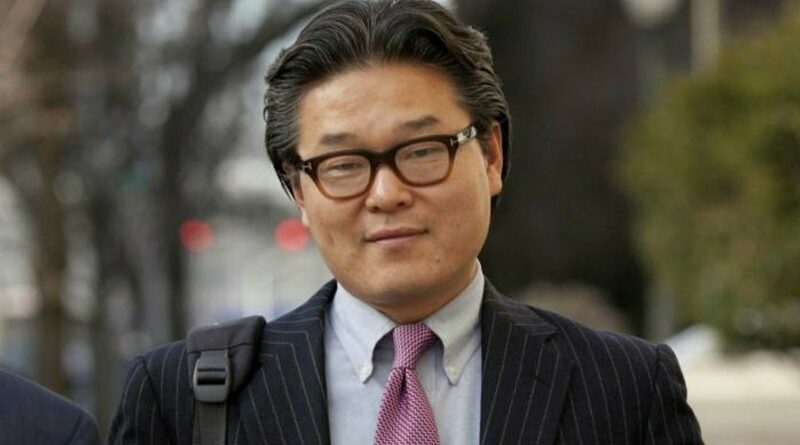 From his perch high above Midtown Manhattan, just across from Carnegie Hall, Bill Hwang was quietly building one of the world’s greatest fortunes.

Even on Wall Street, few ever noticed him – until suddenly, everyone did. 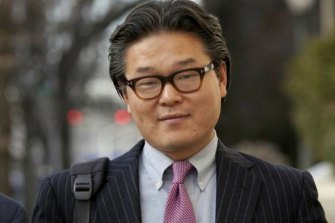 Bill Hwang and his private investment firm, Archegos Capital Management, are now at the centre of one of the biggest margin calls of all time.Credit:Bloomberg

Hwang and his private investment firm, Archegos Capital Management, are now at the centre of one of the biggest margin calls of all time – a multibillion-dollar fiasco involving secretive market bets that were dangerously leveraged and unwound in a blink.

Hwang’s most recent ascent can be pieced together from stocks dumped by banks in recent days — ViacomCBS, Discovery, GSX Techedu, Baidu – all of which had soared this year, sometimes confounding traders who couldn’t fathom why.

One part of Hwang’s portfolio, which has been traded in blocks since Friday by Goldman Sachs Group, Morgan Stanley and Wells Fargo, was worth almost $US40 billion ($53 billion) last week. Bankers reckon that Archegos’s net capital – essentially Hwang’s wealth – had reached north of $US10 billion. And as disposals keep emerging, estimates of his firm’s total positions keep climbing: tens of billions, $US50 billion, even more than $US100 billion.

It evaporated in mere days.

“I’ve never seen anything like this – how quiet it was, how concentrated, and how fast it disappeared,” said Mike Novogratz, a career macro investor and former partner at Goldman Sachs who’s been trading since 1994. “This has to be one of the single greatest losses of personal wealth in history.”

Late on Monday in New York, Archegos broke days of silence on the episode.

“This is a challenging time for the family office of Archegos Capital Management, our partners and employees,” Karen Kessler, a spokesperson for the firm, said in an emailed statement. “All plans are being discussed as Mr. Hwang and the team determine the best path forward.”

The cascade of trading losses has reverberated from New York to Zurich to Tokyo and beyond, and leaves myriad unanswered questions, including the big one: How could someone take such big risks, facilitated by so many banks, under the noses of regulators the world over?

One part of the answer is that Hwang set it up as a family office with limited oversight and then employed financial derivatives to amass big stakes in companies without ever having to disclose them. Another part is that global banks embraced him as a lucrative customer, despite a record of insider trading and attempted market manipulation that drove him out of the hedge fund business a decade ago.

A disciple of hedge-fund legend Julian Robertson, Sung Kook “Bill” Hwang shuttered Tiger Asia Management and Tiger Asia Partners after settling an SEC civil lawsuit in 2012 accusing them of insider trading and manipulating Chinese banks stocks. Hwang and the firms paid $US44 million, and he agreed to be barred from the investment advisory industry.

He soon opened Archegos – Greek for “one who leads the way” – and structured it as a family office.

Family offices that exclusively manage one fortune are generally exempt from registering as investment advisers with the US Securities and Exchange Commission. So they don’t have to disclose their owners, executives or how much they manage – rules designed to protect outsiders who invest in a fund. That approach makes sense for small family offices, but if they swell to the size of a hedge fund whale they can still pose risks, this time to outsiders in the broader market.

“This does raise questions about the regulation of family offices once again,” said Tyler Gellasch, a former SEC aide who now runs the Healthy Markets trade group. “The question is if it’s just friends and family why do we care? The answer is that they can have significant market impacts, and the SEC’s regulatory regime even after Dodd-Frank doesn’t clearly reflect that.”

Archegos established trading partnerships with firms including Nomura, Morgan Stanley, Deutsche Bank and Credit Suisse. For a time after the SEC case, Goldman refused to do business with him on compliance grounds, but relented as rivals profited by meeting his needs.

The full picture of his holdings is still emerging, and it’s not clear what positions derailed, or what hedges he had set up.

One reason is that Hwang never filed a 13F report of his holdings, which every investment manager holding more than $US100 million in US equities must fill out at the end of each quarter. That’s because he appears to have structured his trades using total return swaps, essentially putting the positions on the banks’ balance sheets. Swaps also enable investors to add a lot of leverage to a portfolio. 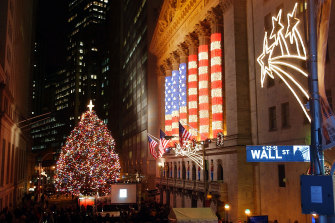 Despite once working for Robertson’s Tiger Management, he wasn’t well-known on Wall Street or in New York social circles.Credit:AP

Morgan Stanley and Goldman Sachs, for instance, are listed as the largest holders of GSX Techedu, a Chinese online tutoring company that’s been repeatedly targeted by short sellers. Banks may own shares for a variety of reasons that include hedging swap exposures from trades with their customers.

Goldman increased its position 54 per cent in January, according to regulatory filings. Overall, banks reported holding at least 68 per cent of GSX’s outstanding shares, according to a Bloomberg analysis of filings. Banks held at least 40 per cent of IQIYI, a Chinese video entertainment company, and 29 per cent of ViacomCBS – all of which Archegos had bet on big.

“I’m sure there are a number of really unhappy investors who have bought those names over the last couple of weeks” and now regret it, Doug Cifu, chief executive officer of electronic-trading firm Virtu Financial, said Monday in an interview on Bloomberg TV. He predicted regulators will examine whether “there should be more transparency and disclosure by a family office.”

Without the need to market his fund to external investors, Hwang’s strategies and performance remained secret from the outside world. Even as his fortune swelled, the 50-something kept a low profile. Despite once working for Robertson’s Tiger Management, he wasn’t well-known on Wall Street or in New York social circles.

Hwang is a trustee of the Fuller Theology Seminary, and co-founder of the Grace and Mercy Foundation, whose mission is to serve the poor and oppressed. The foundation had assets approaching $US500 million at the end of 2018, according to its latest filing.

“It’s not all about the money, you know,” he said in a rare interview with a Fuller Institute executive in 2018, in which he spoke about his calling as an investor and his Christian faith. “It’s about the long term, and God certainly has a long-term view.”

His extraordinary run of fortune turned early last week as ViacomCBS announced a secondary offering of its shares. Its stock price plunged 9 per cent the next day.

The value of other securities believed to be in Archegos’s portfolio based on the positions that were block traded followed.

By last Thursday’s close, the value of the portfolio fell 27 per cent – more than enough to wipe out the equity of an investor who market participants estimate was six to eight times levered.

It’s also hurt some of the banks that served Hwang. Nomura and Credit Suisse warned of “significant” losses in the wake of the selloff and Mitsubishi UFJ Financial Group has flagged a potential $US300 million loss.

“You have to wonder who else is out there with one of these invisible fortunes,” said Novogratz.

“The psychology of all that leverage with no risk management, it’s almost nihilism.”