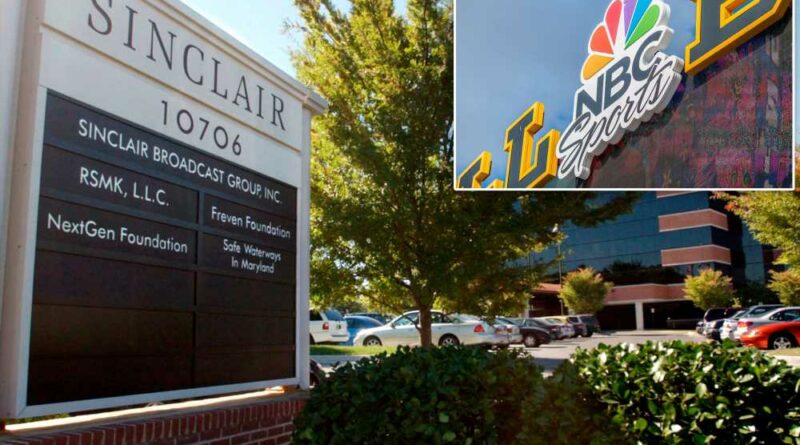 Bally’s wants to bring sports betting to your TV

A deal would also give Sinclair an 8-percent stake in SportsNet New York, which broadcasts Mets games, sources said.

The preliminary offer, for an amount that could not be immediately ascertained, was made as part of a June 28 deadline for first round bids, two sources familiar with the talks told The Post.

That means the offer could easily come to naught because Sinclair has not yet been privy to all of the financial details around NBC’s RSNs, which will only be provided to bidders that make it through to the auction’s next round.

As first reported by the Wall Street Journal in May, Comcast-owned NBCUniversal has been exploring a sale of its RSNs as it struggles to figure out the next steps for a business segment that’s being slowly dismantled by cord cutting.

RSNs relies on cable and satellite TV customers, who have been in decline thanks to the growth of streaming video. The pandemic worsened the problem because consumers found themselves being billed extra to watch sports despite a ban live sporting events.

Sinclair is making its offer despite significant pressure on its own RSN business, which gives it the right to broadcast the games of 14 MLB teams, 16 NBA teams, and 12 National Hockey League teams, including the St. Louis Cardinals and the Dallas Mavericks.

When Sinclair announced its deal to buy the 21 RSNs from Twenty-First Century Fox for $9.6 billion in 2019, investors sent the stock soaring 35 percent. But the cable operator, which has rebranded the RSNs as Bally Sports, has since been forced to write down $4.2 billion on the investment as cable operators refuse to pay what they once did to air sporting events.

Sources say Sinclair’s bid for NBC’s seven RSNs may be part of strategy to gain more leverage when negotiating with cable companies by owning the bulk of NBA, MLB and NHL media rights.

Sinclair has also been exploring ways to make use of its RSNs by streaming games over-the-top, including, as The Post reported in June, raising $250 million to fund the effort.

NBC, according to WSJ, has also been exploring ways to air games tied to its RSNs over its new Peacock streaming service.

Fed holds steady even as it nods to ‘strengthened’ recovery

Top US banks' tax bill could surge $11B under Biden administration