Home » Economy » ‘We have got to open up quickly’: Business leader Leigh Clifford warns of skills crisis

The Melbourne-based business veteran, who is receiving Australia’s highest civilian honour – a Companion of the Order of Australia (AC) – in this year’s Queen’s Birthday Honours, said the aviation sector has been particularly disrupted by the ongoing shortages. 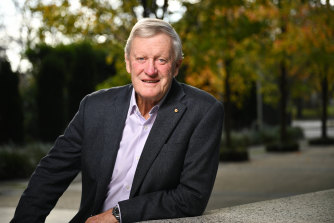 Leigh Clifford has been awarded Australia’s highest civilian honour for his business and charity work.Credit:Eddie Jim

“Australia has always relied on significant immigration of skilled people, and we have got to open up as quickly as we can to address some of those shortcomings,” Clifford said.

“Across the board, you’re seeing shortages, be it technical [or] be it baristas. It’s exacerbated by the fact that say in the airline industry, which is a very people-intensive industry, people are getting sick, so they’re having to reschedule planes etc.”

Long airport queues have delayed travellers on busy long weekends this year, with Melbourne and Sydney airports again flooded with delayed passengers on Friday at the start of the Queen’s Birthday long weekend. Staff shortages also forced Qantas to deploy head office staff on the frontline at airports earlier this year.

Clifford, a former Rio Tinto chief executive, said the economy-wide shortages of labour and materials were also a key factor driving inflation, with rising vegetable prices demonstrating inflation was “a supply side issue as much as demand issue”.

“It’s because we haven’t got enough people out there picking [vegetables]. So again, it comes down to this skill shortage. Jumping interest rates addresses some of the issues, but it doesn’t make it easier for lettuce to get to the market and the price of lettuce going down,” Clifford said.

Clifford joins a long line of business leaders who have been urging the government to address the nation’s labour crisis by boosting immigration to fill jobs, warning a failure to do so risks causing a slump in economic growth.

A lack of foreign skilled workers in Australia is partly because of the decline in immigration over the past two years when the government shut the international border.

However, lengthy delays on approving visas for skilled foreign workers by the Home Affairs department have also contributed to the labor shortage. The median short-term temporary skilled visa currently takes 83 days to finalise, up from 53 days in March. One quarter of skilled foreign worker applications are taking at least a year to process.

The number of skilled foreign workers in Australia has slumped to half the number seen a decade ago, and federal officials have been told to act on the extraordinary backlog in visa applications for thousands of skilled workers.

The chronic labour shortages has resulted in some employers claiming they will have to shut down if they cannot find workers.

Before his Qantas chairmanship, Clifford spent 37 years at mining giant Rio Tinto, including a stint as CEO from 2000 to 2007. 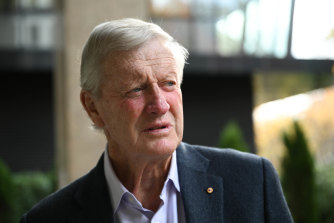 Since his time at the helm, Clifford says environmental, social and governance (ESG) concerns have grown, particularly regarding carbon emissions. He says Rio Tinto and the mining industry “is responding” and still has “a great story to tell”.

United Nations Secretary-General António Guterres has previously criticised investment in fossil fuels as “moral and economic madness” and has been a leading advocate for rapid climate action.

Clifford said the transition to renewable energy had merit, but speed at which some clean energy advocates wanted to move away from fossil fuels was “very optimistic”.

Although best-known for his business activities, Clifford sits on the board of the National Gallery of Victoria, while he has also established scholarships and lead a philanthropic drive at the University of Melbourne.

His promotion from Officer to a Companion of the Order of Australia this year recognises his contribution to business in the aviation, arts, and education sectors, alongside his philanthropic work.

Despite his global career, Clifford can’t escape the woes of his Australian rules football team, with Essendon sitting third-last on the AFL ladder this season.

“It’s so frustrating! I was talking to one of my mates last night and we were lamenting it,” the former footballer said.

Some things you can’t avoid as a “proud citizen of Melbourne, Victoria”.

Other business names honoured at this year’s Queen’s Birthday celebrations include investment banking veteran Steve Harker – a former director at Westpac and the former head of Morgan Stanley in Australia – along with former Australian Competition and Consumer Commission (ACCC) commissioner Cristina Cifuentes. Ms Cifuentes left the competition regulator in July 2020.