Home » Economy » What will the world be like in 20 years? 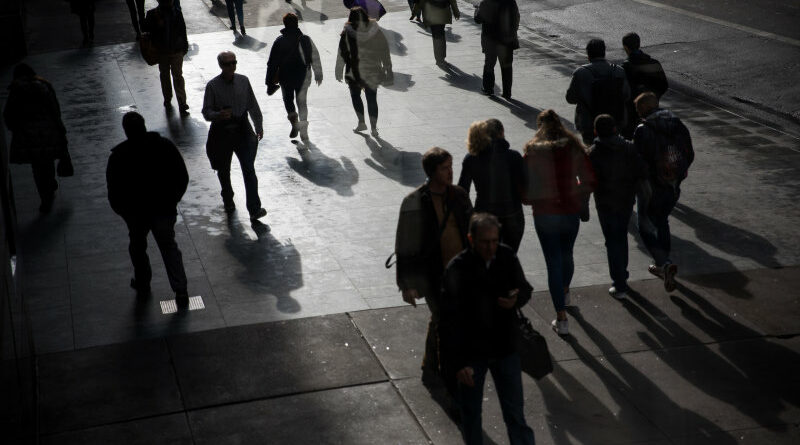 It is a phrase — often attributed to French philosopher Auguste Comte — that suggests much of the future is preordained by the very simple trend lines of populations. Want to understand how the power dynamic between the United States and China will change over the next 20 years? An economist would tell you to look at the demographics of both countries. (China’s economy is likely to overtake the US economy by 2028, but remain smaller on a per capita basis.) 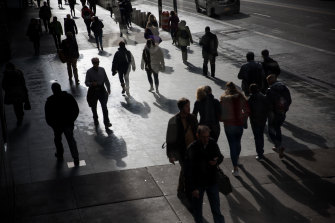 Demographics tells you a lot about how the future will look.Credit:Bloomberg

Want to know how much lithium we’re going to need to mine to make batteries over the next 20 years? Demographics will most likely provide the answer. (We are likely to need 13 to 42 times the amount we currently use, according to the International Energy Agency.) And on and on.

Predicting the future may be a fool’s errand. But using demographic data to assess the opportunities and challenges of the next two decades is something that business and political leaders don’t do enough. We’re all too swept up in the here and now, the next quarter and the next year.

Of course, demographics can’t spot pandemics or other crises. But as seismic as they feel in the moment, such events are rare.

When DealBook began publishing 20 years ago, after 9/11, prognosticators suggested that travel might be reduced forever. It is true that air travel may have changed forever after the attacks, but within months, growth in air travel was back on track. Why? Demographics. More people around the world had more disposable income and increasingly chose to live closer to cities with greater access to airports. That, married with the human condition that people like to be around other people, makes forecasting certain elements of the future almost mathematical.

So what comes next? If you woke up 20 years from now in 2041, what would be different? Here are some ideas based on numbers that don’t require a crystal ball.

About 70 per cent of the world population is expected to live in urban areas by 2050, according to data from the United Nations.

That means most cities are going to need more infrastructure. Roads, public transportation and waste management will need massive expansion and upgrades. The average person produces 4.9 pounds of waste a day, up from 3.66 pounds in 1980. But here’s a trend going in the other direction as a result of technology: Paper and paperboard declined from 87.7 million tonnes in 2000 to 67.4 million tons in 2018, according to the US Environmental Protection Agency. 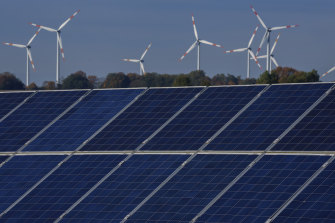 The world is going to need a lot more clean energy to power our future.Credit:AP

The US Energy Information Administration projects that the world will need about 28 per cent more energy in 2040 than it did in 2015 based on the number of people in the country and consumption patterns; on our current trajectory, about 42 per cent of electricity in the United States will come from renewable sources.

Where will that electricity get produced? Solar power could be produced on largely unpopulated land masses and transported to population centres, an idea Elon Musk raised about China five years ago. China has “an enormous land area, much of which is hardly occupied at all,” he said, noting that most of China’s population is concentrated in coastal cities. “So you could easily power all of China with solar.”

Another trend that, like increasing energy needs, isn’t new and isn’t going away: on-demand everything. Technology has led us to expect that goods and services will be delivered at the push of a button, often within minutes. That could transform real estate, especially space in cities that is currently used for retail. As companies work toward instant deliveries, they’ll need to warehouse items closer and closer to customers. Real estate investors are already contemplating how to create mini-warehouses on every block. And the density of people in cities is likely to affect the farming and delivery of food. To get fresh produce to customers quickly, vertical farming — in indoor, controlled environments — could move from being the dream of some startups to a new reality.

And we’ll be older. In the United States, we’re likely to live until 82.4 years old, compared with the current life expectancy of 79.1 years, the United Nations forecasts. That’s a good thing for health care companies and others that cater to older people. But living three extra years is going to be more expensive, which will have implications for both working and saving. According to the Urban Institute, government “projections indicate that there will be 2.1 workers per Social Security beneficiary in 2040, down from 3.7 in 1970.”

Entrepreneurs, industry leaders and policymakers are already at work solving for some of the problems that demographic data suggest are ahead of us, whether it’s figuring out how to incentivise farmers to sequester carbon; use insurance as a tool for reducing coal production, reinvent the motors that power heavy industry so they use less energy; or write laws that help govern code.

What about the metaverse? Or crypto technology? Or robots taking our jobs? Or artificial intelligence taking over everything? Demographics can’t answer those questions. All of those things may happen, but life in 2041 may also look a lot like it does today — maybe with the exception of those flying cars.

This article originally appeared in The New York Times