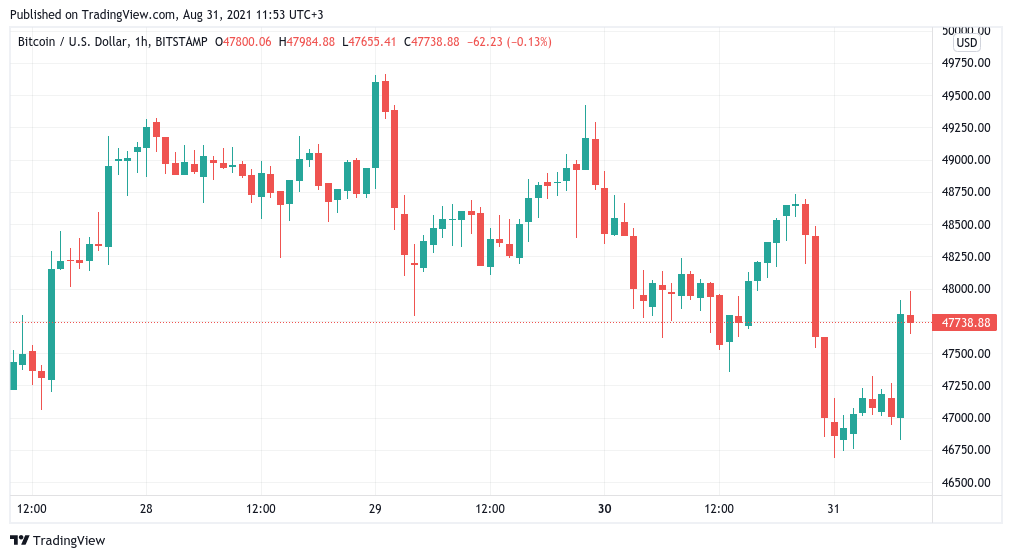 Data from Cointelegraph Markets Pro and TradingView showed BTC/USD reversing at $46,700 on Bitstamp after dropping $2,000 in hours.

Part of a multi-day rangebound construction, the dip resulted in a push toward $48,000, with bulls still unable to gather momentum for an attack on $50,000.

For popular trader Crypto Ed, $48,200 was the level to watch for continuation upward.

“Showing some tricky moves, retest failed overnight with that dump,” he commented on the hourly chart.

“Right now busy to print a Bart pattern. Still having the same view: reclaim that first horizontal and we’re good to go.” 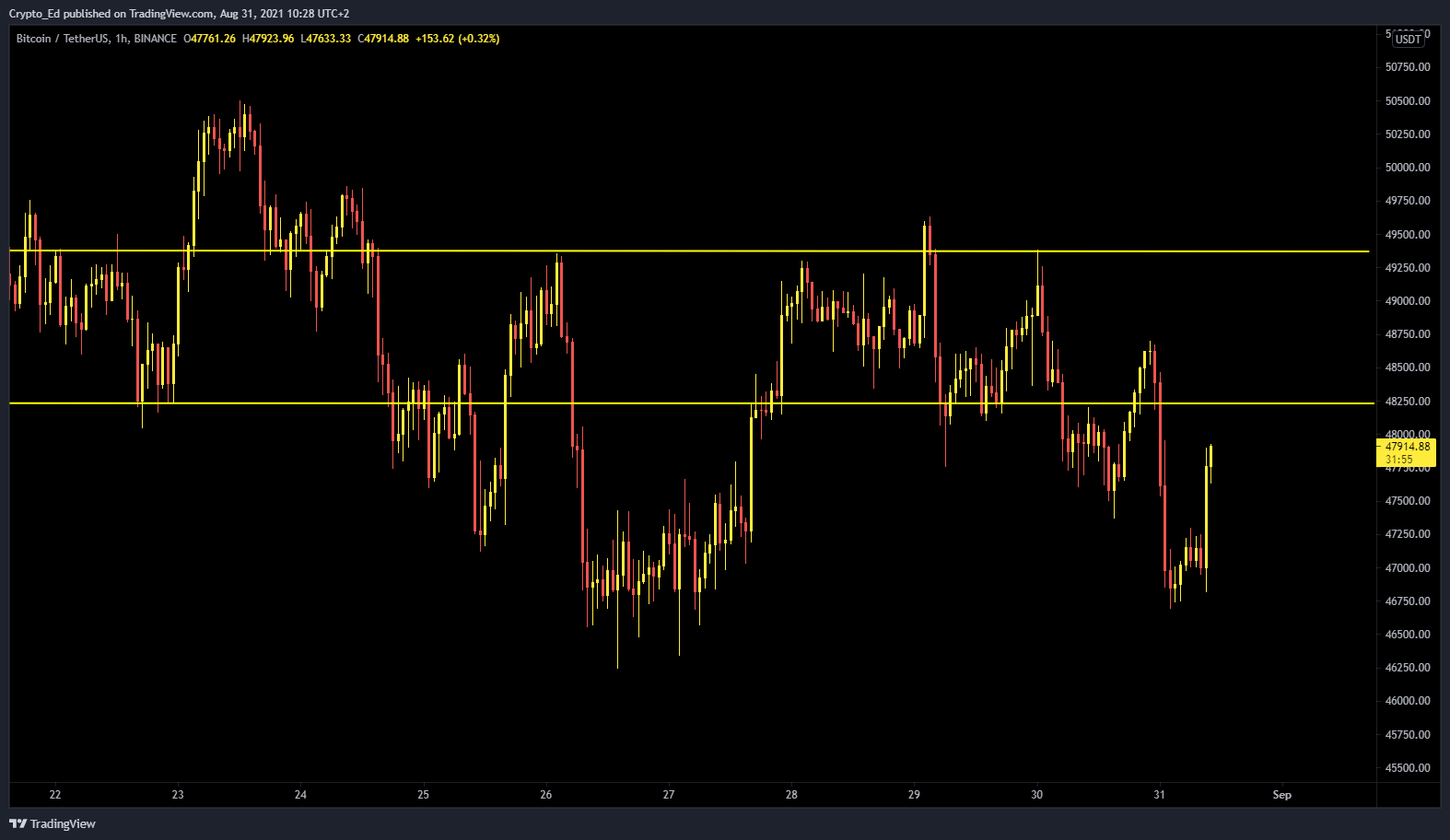 The mood among analysts broadly stayed optimistic on the day despite price action lagging any noticeable improvement in market activity.

Some highlighted conspicuous accumulation at current levels, while on-chain metrics such as illiquid supply were also a talking point.

“This wave of Bitcoin supply shock has the most momentum of any in recent history,” William Clemente III, lead insights analyst at Blockware, noted.

“We’re going much higher over the coming months.” 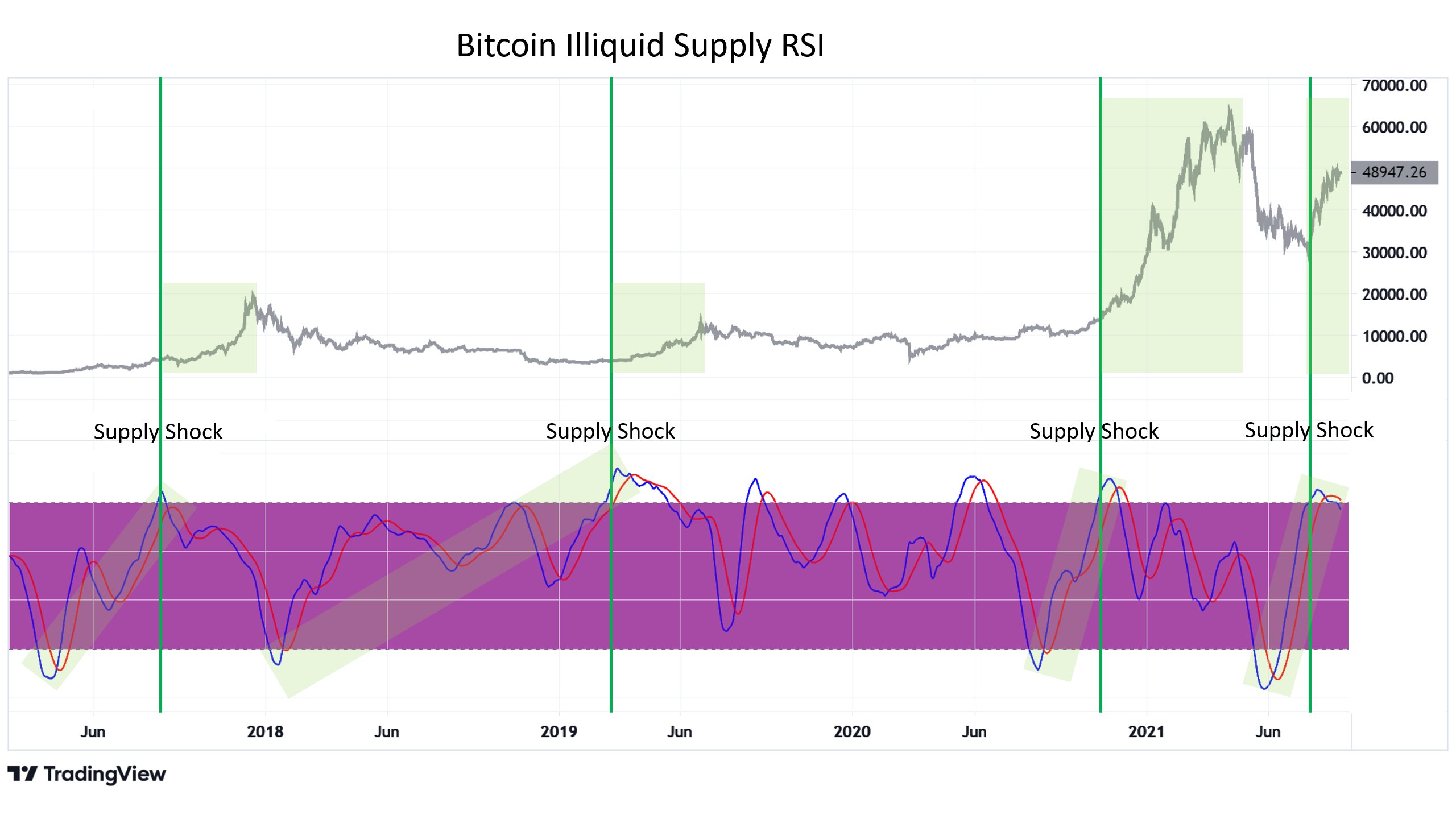 Ether on the move

On altcoins, Solana (SOL) and Polkadot’s DOT were the standouts in the top 10 cryptocurrencies by market capitalization.

Ether (ETH) was also on the move, up 5% at the time of writing and above $3,350 in what Cointelegraph contributor Michael van de Poppe described as a “bullish” market.

“Ethereum bouncing from support as well on the $BTC pair. Looking good,” he added. 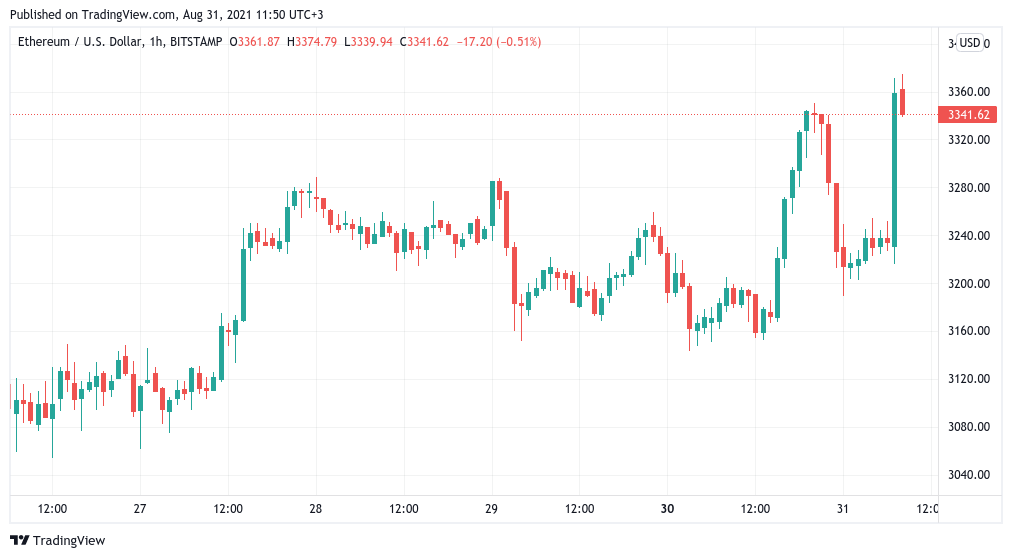 What’s next for Bitcoin price after $35K? Bulls and bears speak out

Israel to welcome 11th president with oath of office on NFT