The total value of all cryptocurrencies in circulation — a major bellwether for the health of the overall market — reached $2 trillion on Wednesday for the first time in almost three months, offering compelling evidence that buyers are back in control.

Measured by market capitalization, digital asset values peaked at $2.007 trillion on Wednesday, according to data provided by Coingecko. Over the past 24 hours, the digital asset class has risen by 4.6%. Week-over-week, the market has added 25%, or $400 billion. 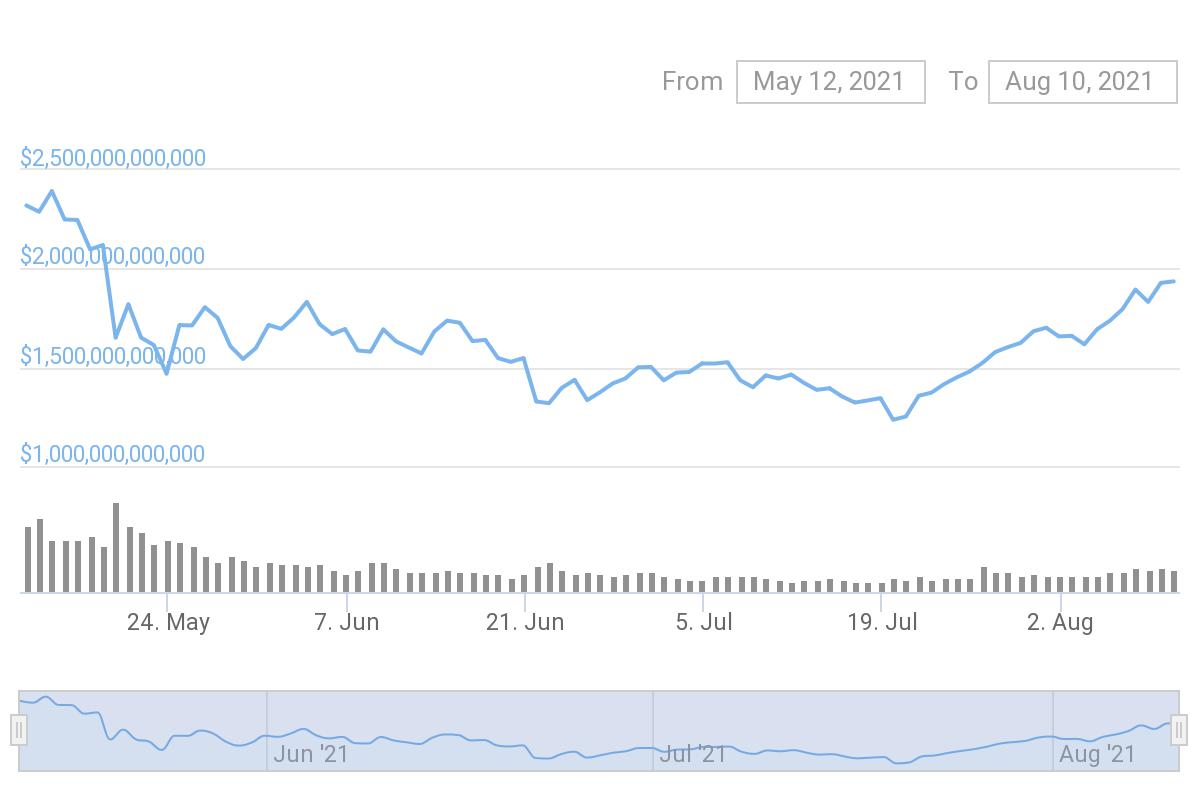 Bitcoin (BTC), which is the largest and most influential cryptocurrency, accounted for 43.7% of the overall market. Ethereum (ETH), meanwhile, took 18.9% of the market share.

As Cointelegraph reported, the cryptocurrency market reached a cumulative valuation of $1 trillion in January before more than doubling three months later. Asset values peaked closer to $2.6 trillion on May 11 before a major downturn effectively halved the total market cap.

A confluence of forces is working together to aid crypto’s recovery. A wave of institutional buying, steady accumulation by retail investors and billions in venture funding for crypto and blockchain startups have all contributed to the rally. Supply-squeeze undertones have been largely responsible for Bitcoin’s rally, which appears to have paved the way for altcoins to reassert their dominance.

Crypto markets are maintaining their bullish bias despite some concerning regulatory developments in the United States. As Cointelegraph reported, President Biden’s infrastructure deal recently passed in the Senate without the much-needed clarification on what constitutes a cryptocurrency broker.

The version that passed through the Senate earlier this week may impose tax reporting requirements on protocol developers that many in the crypto industry believe are unworkable. The bill isn’t expected to make its way to the House of Representatives until later this year.

The Incognito Project Will Give Ethereum DeFi Monero-Like Privacy