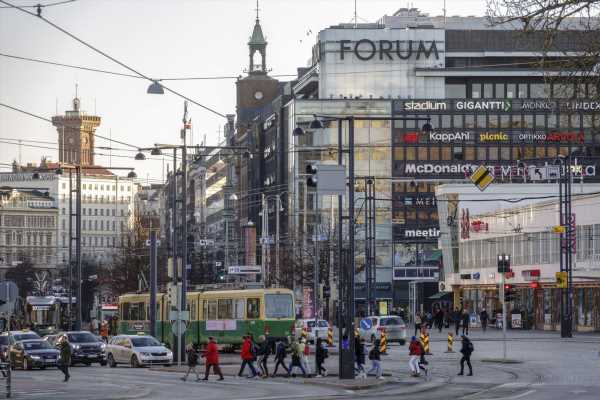 Finland’s financial watchdog is trying to figure out how to respond after a lender it oversees explicitly disregarded the European Central Bank’s guidelines on shareholder rewards.

The decision by Alandsbanken Abp,announced on Jan. 1, to pay almost four times the dividend cap set by the ECB is “unfortunate,” Jyri Helenius, head of banking supervision at the Finnish Financial Supervisory Authority, said in an interview. The lender acted without its watchdog’s permission, but Helenius acknowledged there’s not much he can do about it.

“We expect banks to comply with the recommendation, even though we aren’t able to make it legally binding,” Helenius said. “It’s unfortunate that a Finnish bank is slipping from the common European front on this.”

Last month, the ECB lifted a de facto ban on dividends but urged banks to limit such shareholder payouts to less than 15% of profit for 2019 and 2020, or 0.2% of their key capital ratio, whichever is lower. Alandsbanken says it plans to pay out 59% of 2019’s earnings, citing record profits that year.

The cap on bank dividends in the euro zone is stricter than in the U.K. and Switzerland and has prompted criticism from some corners of the financial industry. ​

​Nordea Bank Abp, Finland’s biggest bank, has said it will follow the recommendation but that it willcontact the ECB to “discuss the intended level of distribution,” noting that it is “one of the best capitalized banks in Europe.”

Alandsbanken, which is too small to come under direct ECB supervision, said the latest guidelines fail to take into account the comparative strength of some banks in the euro zone.

Alandsbanken said holding back on dividends could alienate the very investors it relies on to grow. “The long-term risks to the bank may be larger” if shareholders don’t get a substantial portion of profits, it said. That’s why it’s “choosing not to follow” the guidance of the Finnish FSA and, by extension, the ECB, it said.

The Finnish FSA will “engage” with lenders that ignore the ECB’s guidance, Helenius said. “It’s very exceptional that a bank would disregard our recommendation,” he said.

Helenius is now urging the financial industry to be patient. Once the ECB repeals its recommendation, set to be in place through September, “at least in Finland it will be possible then for banks that have enough capital to pay dividends for both 2019 and 2020,” he said.

The ECB directly oversees the biggest euro-zone lenders while national regulators in the bloc supervise smaller banks, some of which have been allowed to pay dividends. German regulator BaFin has said it will permit payouts if financial firms have sufficient financial strength.

— With assistance by Nicholas Comfort

Good news: the ‘stock-bond ratio’ just hit bottom. Here’s how to use it to invest.