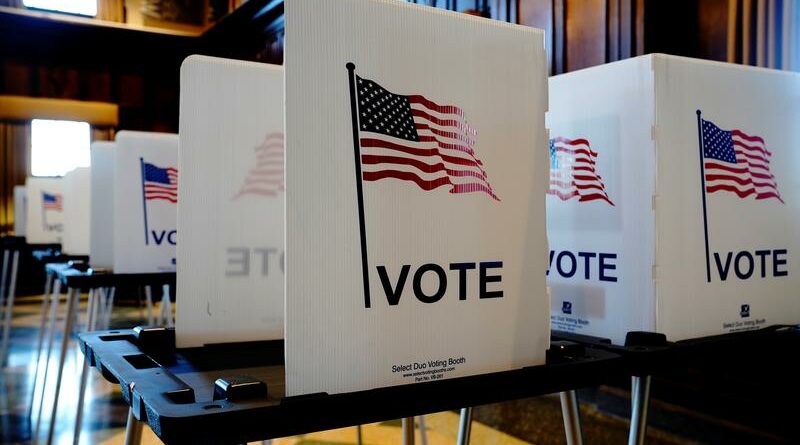 If applied aggressively by the court, the “independent state legislature doctrine,” could further empower states to limit voting rights at a time when Republicans, emboldened by former President Donald Trump’s baseless claims of election fraud after his loss to Democratic President Joe Biden, are enacting new restrictions.

“It is a ticking time bomb,” said Rick Hasen, a professor at the University of California, Irvine School of Law.

The doctrine could limit the ability of courts to block voting rules that violate state law. It could also make it harder to challenge the drawing of electoral districts to entrench one political party in power – known as gerrymandering – and factor into lawsuits that arise in the heat of an election.

The doctrine threatens another avenue for challenging election restrictions and maps as plaintiffs and voting rights advocates have increasingly turned to state courts for relief. Unlike the U.S. Constitution, which implies the right to vote but does not explicitly grant it, most state constitutions expressly protect the right to vote.

“It would give the legislatures the authority to pass any voting rules they want without meaningful oversight, particularly under the state constitution,” said Josh Douglas, a voting rights expert at the University of Kentucky Rosenberg College of Law. This can undermine voting rights by letting legislators craft rules that help them win re-election, he added.

The doctrine is based in part on language in the U.S. Constitution that the “times, places and manner” of federal elections “shall be prescribed in each State by the Legislature thereof.”

Four of the Supreme Court’s six conservative justices appeared to lend weight to the doctrine during the flurry of litigation around the 2020 election, when Republican lawmakers or officials sought to block lower court decisions allowing or requiring changes to election deadlines and other rules to account for the coronavirus pandemic.

In a Wisconsin case, Justice Brett Kavanaugh, agreeing with the court’s Oct. 26 decision to prevent an absentee ballot deadline extension, said in his opinion that “state courts do not have a blank check to rewrite state election laws for federal elections.”

Two days later, in a similar case from North Carolina, Justice Neil Gorsuch called it “egregious” that a state court and election officials “worked together to override a carefully tailored legislative response to COVID.”

Given the court’s higher hurdles for proving violations of the federal Voting Rights Act, a law that prohibits racial discrimination in voting, or the U.S. Constitution, election law attorneys and voting rights advocates say they are concerned.

“When you add all that together, it signals a very difficult road for voting rights litigation in the future,” said Dale Ho, an American Civil Liberties Union lawyer.

The increasing rightward shift of the nine-member Supreme Court also raises questions whether it will overturn a 2015 ruling that narrowly upheld Arizona’s decision to establish an independent commission to draw congressional districts.

The court interpreted the constitution’s “times, places and manner” provision as referring not to a specific legislative body but instead to a state’s general authority to legislate on the issue.

Two of the justices in the majority in 2015, including the late liberal Justice Ruth Bader Ginsburg, who authored the decision, are no longer on the court.

“It’s a very open question whether, with the change in composition of the court: is that subject to overruling?” said University of Kentucky’s Douglas. If it is, it could at a minimum threaten redistricting commissions in other states that were established via ballot initiatives.

Michael Morley, a professor at Florida State University College of Law, who earlier this year published an article in support of the doctrine, said it is a misconception that it would let legislatures “run amok.”

Even without limits under state law, they would still be constrained by protections enshrined in the U.S. Constitution, he said.

‘It’s Too Late to Be Bullish’: Record Stock Run Is Drawing Worriers

Why Shares of DryShips Steamed Higher on Thursday