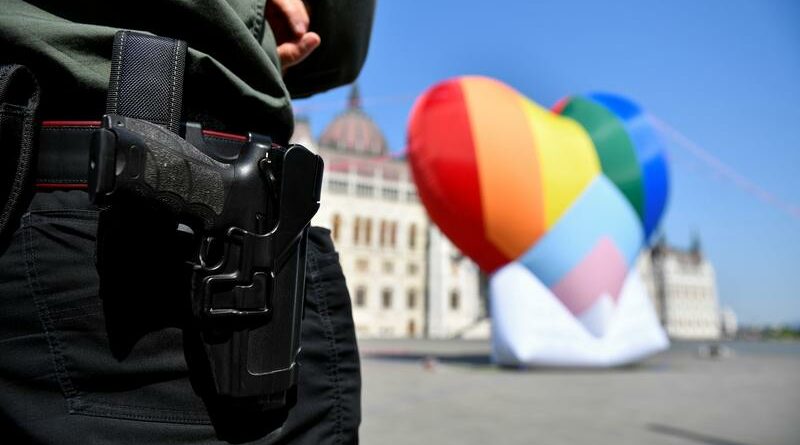 BUDAPEST (Reuters) – When Hungary passed legislation last month curbing children’s access to discussion of homosexuality, transgender chemistry teacher Floris Fellegi-Balta was not sure he would be able to continue teaching at all.

A security officer stands guard near a huge rainbow baloon put up by members of Amnesty International and Hatter, an NGO promoting LGBT rights, at Hungary’s parliament in protest against anti-LGBT law in Budapest, Hungary, July 8, 2021. REUTERS/Marton Monus

Hungary’s new anti-LGBT law, which comes into force on Thursday, has caused anxiety in the LGBT community and added uncertainty to life under nationalist Prime Minister Viktor Orban’s government, which has stepped up its campaign against LGBT people ahead of elections next year.

Orban, in power since 2010, has grown increasingly radical on social policy in what he portrays as a fight to safeguard traditional Christian values from Western liberalism.

“I kept poring over the law to see whether I could even continue teaching,” said Fellegi-Balta, who specialises in biology and chemistry in a Budapest secondary school and is in the process of reassignment.

“One interpretation of the law is that by showing up and teaching, I am displaying transsexuality.”

The school, which is private, told him he should not worry. “We will do everything to keep the school a liveable place for the student body and to earn the trust of parents and our students,” one official told Reuters.

“And if a concrete case arises, we will argue our point on every legal forum,” she said.

The Hungarian law says under-18s cannot be shown pornographic content, or any content that encourages gender reassignment or homosexuality. It also proposes setting up a list of groups allowed to hold sex education sessions in schools.

“From a scientific standpoint, I would be lying if I did not tell children about the existence of homosexuality and transsexuality. But this does not mean I would be promoting these issues,” he said. “We will not exercise self-censorship.”

“CHILDREN ARE NOT BLIND”

The law, which has drawn condemnation across Western Europe, says teachers found violating it could face as yet unspecified penalties, which will be defined later.

Legislation will also determine whether courses like the one Fellegi-Balta is holding conform to the new law, a government spokesman said.

Orban’s government says the law is not aimed at homosexuals but is about protecting children and that it should be mainly up to parents to educate their children about sexuality.

After the law was passed, the Hungarian Civil Liberties Union published a post on a Facebook group saying the new law was unfair and so civil disobedience against it was justified.

Some teachers told Reuters they would continue to discuss LGBT issues in school, as such provisions of the law were unrealistic given that pupils themselves often raise the subject in class after reading about it online or watching a film.

“Children are not blind,” said Eva Gadanecz, who teaches in a public secondary school in Budapest. “They are not deaf, they live in the world and if they raise this in class or on a field trip, then you respond.”

Gadanecz told a story about a teenage girl who had shown her self-inflicted scars on her skin as she struggled to come to terms with her sexual identity.

“By talking about these issues, allowing children to see that they are not alone and that this is normal and accepted, then perhaps one teenager less will commit suicide, or two will avoid depression,” she said.

“I will continue as I have done so far. I am not willing to change anything.”

Adam Nemeth, a psychologist and former chair of the LGBTQ Section of the Hungarian Psychological Association, said it was his professional duty to treat patients regardless of any legal constraints.

“Honestly, if it really becomes a law in a sense that they are going to apply it, I am really looking forward to the case against me,” he said.

“If they said that I am harming my clients by being … respectful to their identies, I am up for them to bring it on… I am very angry with the whole thing.” 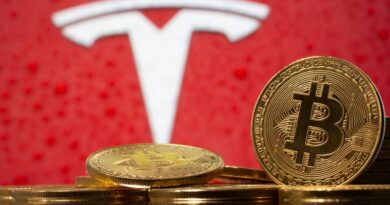