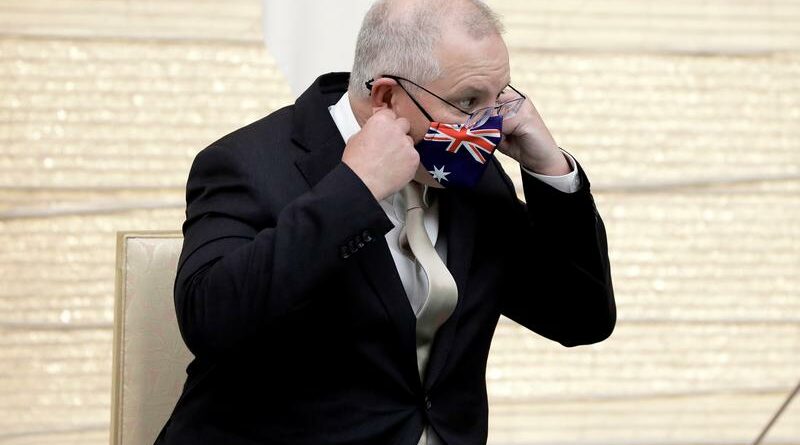 SYDNEY (Reuters) -Australia’s national cabinet will meet a month earlier than scheduled on Friday, Prime Minister Scott Morrison said, as authorities seek to stop the spread of a more contagious variant of COVID-19 that emerged in Britain.

The meeting will consider a proposal from the national expert medical panel to strengthen travel rules for its citizens and residents returning from overseas, Morrison wrote in a Facebook post late Wednesday.

“This is being done particularly in the context of the UK strain,” Morrison said.

Australian media reported the federal government has plans to introduce mandatory COVID-19 testing for all international travelers before they board their flights to the country.

Since March, the country has shut its borders to all non-citizens and permanent residents. Australia also caps the number of people allowed to enter the country each week, and returnees must enter mandatory hotel quarantine at their own expense.

It has not suspended flights from Britain, however.

Australia created a national cabinet in March, when it closed its international borders, which includes federal, state and territory leaders to coordinate measures to combat the pandemic. The next meeting was scheduled on Feb. 5.

Australian authorities are trying to contain new virus clusters in its largest cities, Sydney and Melbourne, and reintroduced restrictions on movement and gatherings.

The reimposition of social-distancing restrictions has seen a steady decline in daily infections.

Australia’s most populous state, the epicentre of the country’s latest outbreak, on Thursday said it recorded zero locally acquired COVID-19 infections in the past 24 hours.

The result is the second time this week that New South Wales (NSW) has gone 24 hours without detecting any new infections.

NSW has recorded nearly 200 cases in the recent Sydney outbreaks, though infections have largely been confined to a few suburbs.

Besides new social distancing restrictions, the state has mandated the wearing of masks in shopping centres and on public transport, with a A$200 ($154) fine for non-compliance.

NSW has been effectively isolated from the rest of Australia after other states and territories closed borders or imposed 14-day mandatory quarantine rules.

A cricket test match between Australia and India, meanwhile, began on Thursday in Sydney with crowd capacity capped at about 10,000. Fans will have to wear masks inside the stadium at all times except when eating or drinking.

Australia has reported a total of just over 28,500 COVID-19 cases and 909 deaths since the pandemic began, with border closures and speedy tracking systems helping keep numbers relatively low. (Graphic: tmsnrt.rs/34pvUyi)

Oil rises on supply deficit forecast and storm in Gulf

Consumers are shopping for homes and buying them too