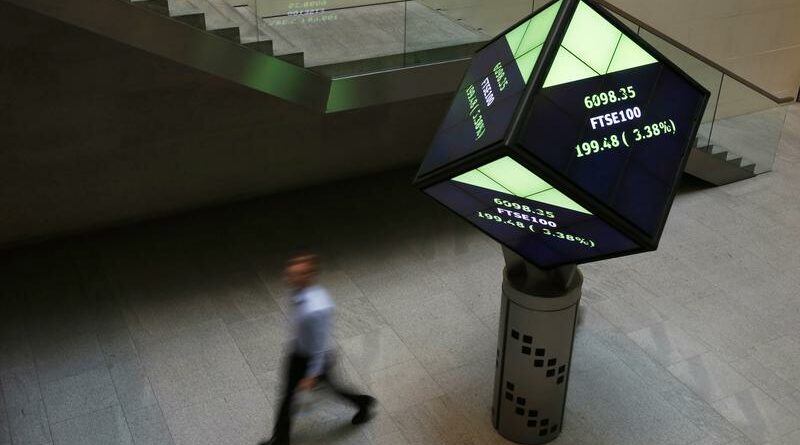 FILE PHOTO: A man walks through the lobby of the London Stock Exchange in London, Britain August 25, 2015. REUTERS/Suzanne Plunkett

“Investors are highly anticipating a spending-driven rally in the upcoming weeks, coupled with higher-than-expected quarterly results as most of the businesses operated with the lowest set of restrictions in the three-month stretch for the first time in the coronavirus pandemic,” said Kunal Sawhney, chief executive at Kalkine.

A jump in oil prices to three years highs also supported the benchmark index, although it also fuelled inflation worries.

The FTSE 100 index has gained nearly 9% so far this year on support from accommodative central bank policies but has traded range-bound around the 7,000 psychological level since August.

The index is around 10% away from its pre-pandemic peaks and its performance below par compared to its European regional and global peers.

“There’s still massive economic risks mounting in the final months of the year and I think it’s going to be an interesting test, but the markets are only going to pull back so far before it generates interest once more and I think we’re now approaching that point,” said Craig Erlam, senior analyst at Oanda.

Melrose Industries declined 2% after saying the global chip shortage led to a surge in monthly cancellations from its customers in the auto industry. 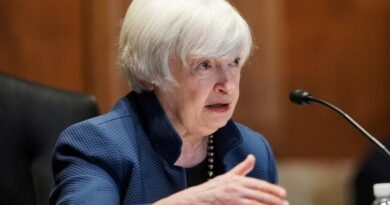