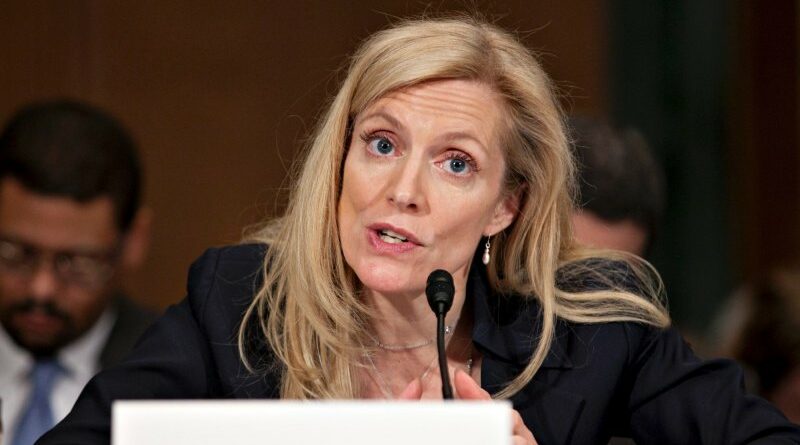 Joe Biden has an extraordinary opportunity to remake the leadership of one of the world’s most powerful institutions. He’s taken an inordinate amount of time deciding how to do it but now appears on the verge of acting.

The fate of at least three and potentially four of the seven seats on the US Federal Reserve’s board of governors, including its chair, are hanging on Biden’s decisions. 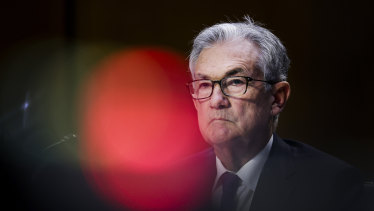 Fed chairman Jerome Powell has bipartisan support as he seeks a second term but his reappointment is no sure thing.Credit:Getty Images

How they are filled is of acute interests to other central banks, financial market participants and economists because they will occur at an exceptionally sensitive moment for the markets and the economy.

The key decision ought to be the easiest. Chairman Jerome Powell’s term expires in February and, given that he’s the incumbent, enjoys broad bipartisan support, would provide continuity and wouldn’t unsettle the markets, his reappointment ought to be automatic.

Except that it isn’t. While he is overwhelmingly favoured to get a second term, he has drawn criticism from the Democrat progressives – including a scathing critique from Senate banking sub-committee chair, Elizabeth Warren – and has also taken some hits from the recent resignations of two regional bank presidents over securities trading scandals.

The time it is taking Biden to decide on the Fed’s leadership and that until last week they had reportedly met only once since Biden’s inauguration adds to the sense that an extension of Powell’s term isn’t a fait accompli.

There is a push from the progressives for Powell to be replaced by another Fed board member, Lael Brainard, a Democrat who has been critical of the Fed’s relaxation, during Powell’s term, of the tough rules imposed on banks after the 2008 financial crisis.

Both Powell and Brainard met with Biden at the White House last week, separately, suggesting a decision is imminent.

There is a compromise outcome. Powell’s vice chair for supervision, Randal Quarles – the architect of the rollback of some of the post-2008 banking reforms – announced on Monday that he would resign from the bank next month. The term of another vice chair – and Powell’s deputy – Richard Clarida, expires early next year.

Biden could reappoint Powell and give Brainard either the key banking supervision post or elevate her to the senior vice chair position. 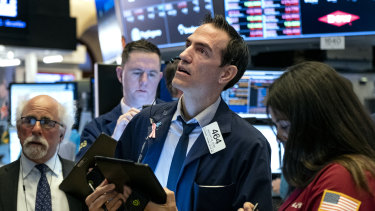 Markets are eagerly waiting to see what the Fed will look like.Credit:AP

That would reassure markets, placate the progressives and probably have the best chance of gaining Republican support in the Senate for the nominations.

The resignations of Quarles and Clarida create two opening for Biden to fill.

There is another vacant seat – the one Donald Trump tried desperately to fill last year with a series of candidates so peculiar he couldn’t get even Republicans to support them – and potentially Powell’s position if he isn’t reappointed and decides to leave the Fed.

That’s at least three and possibly four Biden appointments to the Fed leadership and either way, with Brainard (an Obama appointment), a majority of Democrat appointees on the seven-seat board.
While Powell’s term doesn’t end until February there is some urgency associated with Biden’s decisions. Nominations for Fed board seats are usually made by early November at the latest because of the time it takes to get the appointments through Congress.

The US has little, if any, experience of changing the Fed’s leadership during a moment of monetary policy uncertainty, let alone changing the majority of the board during such uncertain times.

The current Congress is so bitterly split on partisan lines that the process could drag out well into next year, making Powell a lame duck and gutting the Fed board, if Biden doesn’t move imminently or nominates someone the Republicans object to.

Powell, originally appointed to the board by Obama and elevated to the chair by Trump (breaking a long-standing tradition of giving the incumbent chair a second term) has sufficient support across party lines to get through that nomination process quite quickly. That’s despite some Republican reservations about the Fed’s increased interest in climate and social policies during his term.

He also has the support of the chair he displaced (now US Treasury Secretary), Janet Yellen.
The Biden decisions that will fundamentally overhaul the leadership of the world’s most powerful and influential central bank come at a delicate time.

Under Powell, the Fed responded to the pandemic with unprecedented and unconventional monetary policies, reducing the Federal funds rate to zero, buying pouring liquidity into financial markets through purchases of bonds, mortgages and even some corporate debt. The Fed’s balance sheet has expanded from less than $US4 trillion to more than $US8.5 trillion during the pandemic.
In the midst of the pandemic the Fed also implemented a new monetary policy strategy, the result of a 12-month review commissioned by Powell. 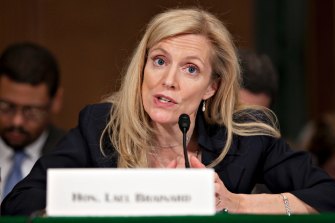 There is a push from the progressives for Powell to be replaced by another Fed board member, Lael Brainard, a Democrat who has been critical of the Fed’s relaxation, during Powell’s term, of the tough rules imposed on banks after the 2008 financial crisis.Credit:Bloomberg

Until recently Powell and other Fed officials, including Brainard, described the rise in inflation to its highest levels in 30 years as “transitory;” now they aren’t that sure that the genie hasn’t escaped the bottle.

Last week the Fed announced it would start “tapering” its $US120 billion ($162 billion) a month of bond and mortgage purchases, with an expectation that it would be out of the markets by the middle of next year. It doesn’t expect rates to start rising until 2023.

Unless inflation subsides, however, the Fed could be confronted with a need to both accelerate the taper and bring forward interest rate rises, potentially quite aggressively, to avoid even harsher actions that would hurt the economy and destabilise financial markets if it becomes entrenched at current levels.

The US has little, if any, experience of changing the Fed’s leadership during a moment of monetary policy uncertainty, let alone changing the majority of the board during such uncertain times.

That might push Biden towards retaining Powell while elevating Brainard and nominating uncontroversial candidates for the vacant seats to avoid politicising the Fed and having his appointments frustrated by the Senate. 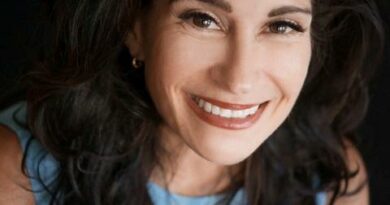 Network Outage: How to reconnect in an era of isolation