Home » Biden willing to negotiate on corporate taxes, but 'sick and tired' of non-payers 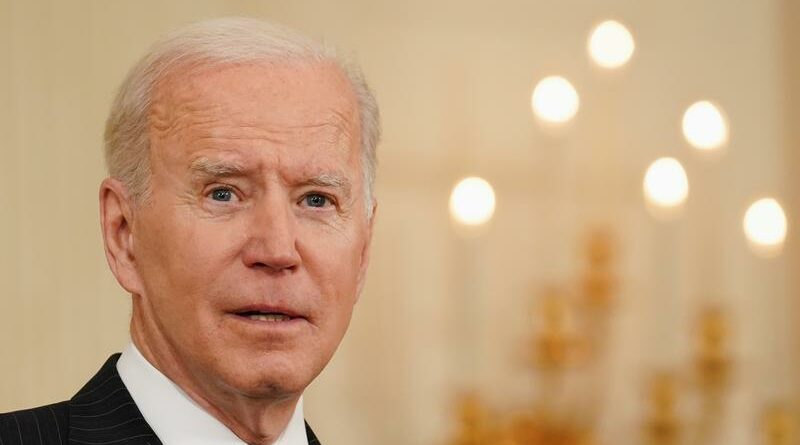 WASHINGTON (Reuters) -President Joe Biden on Wednesday made a fiery appeal for U.S companies to foot the bill for his $2 trillion-plus infrastructure plan, but signaled an openness to negotiate how big their tax bill should be.

“I’m willing to negotiate that,” he told reporters. “But we’ve got to pay for this.”

Biden faces stiff opposition from Republicans, major corporations and even some in his own Democratic Party to key elements of the proposal he laid out a week ago, which must be approved by Congress to become a reality.

The president said he would not accept making no changes at all on taxes and infrastructure spending, arguing the United States’ position as a pre-eminent global power was under threat from China if it could not make the investments he outlined.

“Do you think China is waiting around to invest in its digital infrastructure, on research and development?” Biden asked. “I promise you. They are not waiting. But they’re counting on American democracy to be too slow, too limited and too divided to keep pace.”

He added: “We can’t afford to prove them right.”

Biden has proposed that the plan not add to the country’s debt in the long run. The largest share of funding would come from an increase in the corporate tax rate to 28%, from the 21% levy set by then-President Donald Trump’s 2017 tax cut.

The administration released more details on Wednesday about the tax components of the plan, which also include higher levies on companies’ overseas earnings, a new minimum tax on the profits companies report to investors and funding for more Internal Revenue Service enforcement officials.

Those efforts, dubbed the “Made in America Tax Plan,” would raise $2.5 trillion over 15 years, the Treasury Department said.

The business lobby and Republicans have been withering in their criticism of the funding side of the proposal.

In a speech at the Eisenhower Executive Office Building near the White House, Biden countered by taking aim at companies paying little to nothing in federal taxes.

“I’m not trying to punish anybody, but damn it – maybe it’s because I come from a middle-class neighborhood – I’m sick and tired of ordinary people being fleeced,” he said.

Individual taxpayers, whose taxes are deducted from their paychecks, make up a big chunk of U.S. federal government funding.

But the carefully worded statement stopped short of endorsing any specific tax or spending proposal made by Biden.

CNN's Don Lemon shames Trump voters, independents for 'allowing' POTUS to 'get away with horrible language'