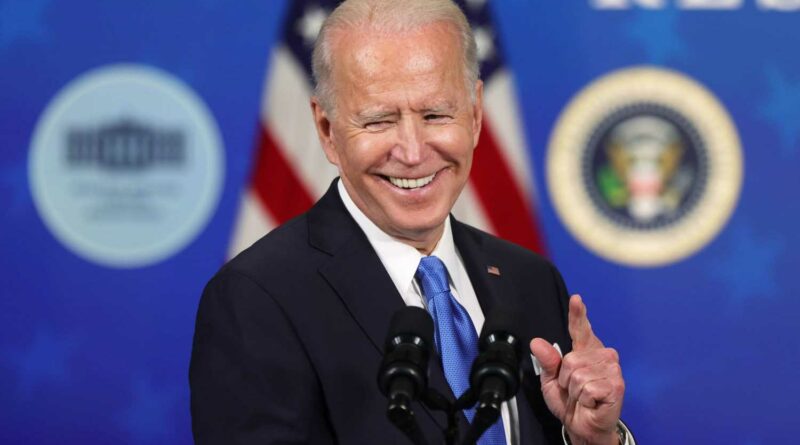 So far in his young presidency, President Joe Biden has been one of the best friends the stock market has ever had.

Better, in fact, than any president before him going back to at least the 1950s and the Dwight Eisenhower administration, as the 46th chief executive has witnessed an unprecedented growth on Wall Street in his first 100 days in office.

How long that cozy relationship will last is about to be determined, as investors have to digest a slew of potential obstacles from tax policy, regulations associated with Biden's ambitious climate agenda, and the threat of overheating in an economy already on fire.

But so far, investors have shown no hesitance in making huge bets on corporate America.

"Biden's first 100 days have already delivered the strongest post-election equity returns in at least 75 years, due to record fiscal stimulus and despite heavy use of Executive Orders," JPMorgan Chase strategist John Normand said in a note. The results are "not bad for some [former President Donald] Trump labeled as Sleepy Joe during the campaign."

Indeed, Biden's results have been staggering so far.

The S&P 500 has risen 24.1% since Inauguration Day – technically 103 days ago – with numbers that easily trounce any of his predecessors.

The only administration going back to 1953, or the beginning of Eisenhower's term, to rival Biden's were those of John F. Kennedy, who saw an 18.5% rise during the same period.

Even Trump, who often touted how well stocks were doing, saw just an 11.4% rise for the first 100 days.

To be sure, judging results that early in a presidency is tricky. In Biden's case, it's especially difficult to gauge whether the market was reacting to him specifically or simply continuing to ride the steam locomotive that began in late March 2020 and has shown only sporadic signs of slowing down since.

"Anyone that became president this year was going to have a pretty significant tailwind," said Art Hogan, chief market strategist at National Securities. "You're coming into a point where you had to just not mess things up, and hopefully improve on what it was you needed to get done."

No president, in fact, had a tailwind comparable to what Biden was handed in January.

Congress already had appropriated more than $3 trillion in stimulus and the Federal Reserve had relaxed policy to the loosest point in the central bank's history. All told, more than $5.3 trillion has been spent on Covid-related relief efforts, and the Fed's bond purchases have nearly doubled its balance sheet to just shy of $8 trillion.

With possibly trillions more coming in spending on infrastructure, a term that congressional Democrats have paint with a generously broad brush, that gives forward-looking investors even more reason to plow money into the market.

On top of that, the U.S. is still vaccinating about 3 million people a day, adding hopes that growth will continue as more of the economy comes back to life ahead.

"It will be intriguing to see what the next 100 days looks like," Hogan said. "There's a significant tailwind for reopening. The tug-of-war between the virus and vaccine is finally being won by the vaccine."

What could go wrong

Still, there's plenty to watch ahead as the sizzling bull market tries to rage on.

After all, the S&P 500 is up about 48% from a year ago, and it hasn't had a meaningful pullback in more than six months. From November through March, investors poured more money into equity-based funds than they did in the previous 12 years, according to Bank of America.

Moreover, some 96% of the components in the all-encompassing Wilshire 5000 have seen positive returns in the past 12 months, which Hogan said is a record and has come despite more volatility than usual, particularly in the past few months.

"For sure, I would get concerned about going too far, too fast," Hogan said. "But the corrections seem like they're happening on a rotational basis instead of an index basis. At some point in time, there will be something that gums this up."

Markets have continued to push higher even knowing that Biden has pinned a bull's eye on the nation's richest earners as well as corporations, with both groups expected to see substantially higher tax bills ahead.

Concern remains, though, over policy mistakes in other areas.

All that stimulus has resulted in a $1.7 trillion budget deficit through just the first half of fiscal 2021, raising concerns over how all that red ink will be financed.

At the same time, the Fed has said it will not start tightening until it seems inflation that runs above its traditional 2% target for a considerable period of time as it takes aim at a goal of both full and inclusive employment.

Mohamed El-Erian, chief economic advisor at Allianz, said that "outcomes-based" approach to monetary policymaking is a mistake, particularly with inflation clearly on the rise. El-Erian told CNBC that "massive liquidity and a significant pickup in the economy recovery" are propelling the markets and should continue to do so unless there's "either a policy mistake or some sort of market dislocation."

One area he is watching is the Fed, which meets this week.

The policymaking Federal Open Market Committee is almost certain not to change policy or even indicate that interest rate hikes or a slowdown in asset purchases are anywhere on the horizon. El-Erian said he'd like to see a gradual tightening that starts soon.

While Fed officials have characterized the higher inflation numbers recently as temporary, El-Erian said supply-driven inflation, like with semiconductors and a number of consumer goods, indicates that may not be the case.

"I'm really worried that what they hope is transitory inflation is going to end up being persistent inflation," he said. "If we end up in a persistent inflation world, they're going to have to slam on the brakes, and the market reaction then will be much worse than it would be if they just tapered a little bit now." 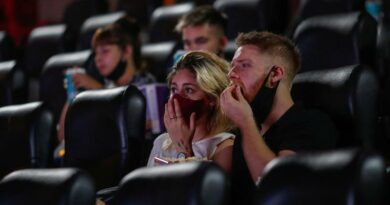