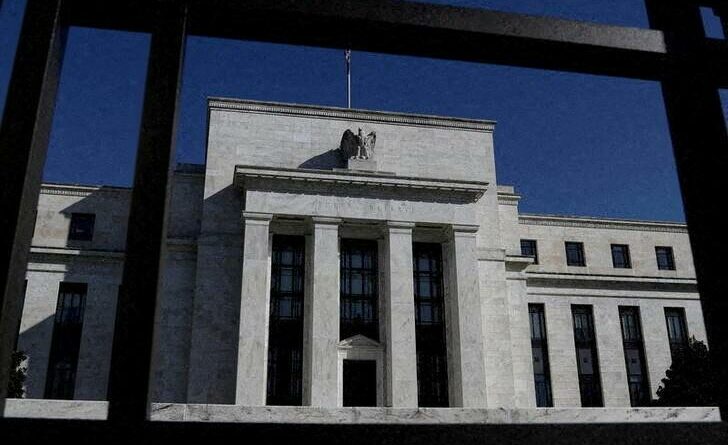 (Reuters) -Britain became the first G7 economy to hike interest rates since the onset of the pandemic on Thursday, with the U.S. Federal Reserve also signalling plans to tighten in 2022 but the European Central Bank only slightly reining in stimulus.

The different paths taken by major central banks underline deep uncertainties about how the fast-spreading Omicron variant will hit the global economy and their differing views on an inflation surge that is landing hard in the United States and Britain, but less so in Europe and less again in Japan.

While the risk of uncontrolled prices has taken precedent for the Fed and the Bank of England, European Central Bank President Christine Lagarde emphasised in a news conference that the pandemic was again depressing spending in the euro zone and threatening growth.

“To cope with the current pandemic wave some countries have introduced tighter containment measures … This could delay the recovery … The pandemic is weighing on consumer and business confidence,” Lagarde said.

In that environment, “we need to maintain flexibility and optionality” by withdrawing support “step by step”, but not committing to a full exit from pandemic support programmes, she added.

The Fed, by contrast, committed on Wednesday to end its pandemic bond-buying by March and laid out an accelerated timetable for interest rate increases.

Fed Chair Jerome Powell said the United States was heading in 2022 towards strong growth and full employment — a far-off prospect for most European labour markets — and that the Fed needed to treat inflation as the more pressing risk.

Bank of England policymakers raised the benchmark Bank Rate on Thursday to 0.25% from 0.1%, confounding economists’ expectations that it would stay on hold. The BoE said inflation was set to hit 6% in April, three times the BoE’s target level.

“The Committee continues to judge that there are two-sided risks around the inflation outlook in the medium term, but that some modest tightening of monetary policy over the forecast period is likely to be necessary to meet the 2% inflation target sustainably,” the UK central bank said.

UK daily coronavirus infections are at their highest since the earliest days of the pandemic, forcing Prime Minister Boris Johnson this week to impose new restrictions.

A first read-out of the UK Purchasing Managers’ Index (PMI) for December on Thursday showed Omicron had already hit British hospitality and travel firms – a day after data showed consumer price inflation at a decade-high.

The ECB, which has undershot its inflation target for most of the past decade, kept interest rates on hold and announced the end of its pandemic emergency asset-buying scheme next March.

But the euro zone central bank also promised copious support as needed via its long-running Asset Purchase Programme, confirmed its relaxed view on inflation, and signalled that any exit from years of ultra-easy policy will be slow.

“The Governing Council judges that the progress on economic recovery and towards its medium-term inflation target permits a step-by-step reduction in the pace of its asset purchases over the coming quarters,” it said in a statement.

The Bank of Japan is due to announce its policy on Friday. With consumer-level inflation remaining largely absent, only a slight reduction in corporate asset purchases is under discussion at its meeting.

The Fed on Wednesday doubled the pace at which it will cut bond purchases, while forecasts from its policymakers signalled as many as three interest rate increases next year.

“The economy no longer needs increasing amounts of policy support,” Powell told a news conference. “In my view, we are making rapid progress toward maximum employment.”

Even if the others are not hard on its heels, Powell and the Fed appear to have set the agenda for a tumultuous 2022 as central bankers chart their paths to the exit, albeit at dramatically different paces.

“You saw it in his congressional remarks that were more about tightening sooner than it was about worrying about the health of the global economy,” said Vincent Reinhart, chief economist for Dreyfus & Mellon.

Norway’s central bank, which had hiked in September on the back of an economic rebound, went ahead with a further rise as expected and said more were likely to follow.

Earlier on Thursday, the Swiss National Bank kept its ultra-loose stance in place with a policy rate locked in at -0.75%. Swiss inflation – while rising – is still seen much lower than elsewhere at just 1% next year, falling to 0.6% in 2023.

“The SNB is maintaining its expansionary monetary policy,” it said in a statement. “It is thus ensuring price stability and supporting the Swiss economy in its recovery from the impact of the coronavirus pandemic.”