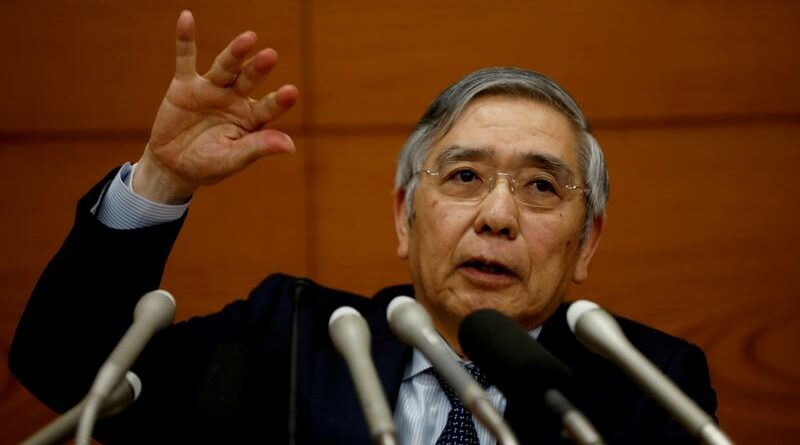 (Reuters) – The Bank of Japan cut this fiscal year’s growth forecast on Friday but maintained its view the economy was headed for a moderate recovery, a sign monetary policy will be in a holding pattern for some time.

The BOJ also released an outline of its new scheme aimed at boosting funding for activities combating climate change, which will offer banks long-term loans at zero interest.

Following are excerpts from BOJ Governor Haruhiko Kuroda’s comments at his post-meeting news conference, which was conducted in Japanese, as translated by Reuters:

“The level of Japan’s economic activity will remain low for the time being due to state of emergency curbs. But exports and output are rising steadily thanks to the global recovery… Japan’s economy is likely to gradually recover as vaccinations progress and the impact of the pandemic subsides.”

“We will ask financial institutions for disclosure, with disclosure based on TCFD guidelines to be among strong options.

“As for the expected size of the scheme, we don’t have a specific figure as that will depend on how we set details of the terms. But many financial institutions are already undertaking various climate-related loans and investment, so the size could be significant.

“Central banks’ biggest mandate rests with price and financial stability. At the same time, we know climate change has a huge long-term impact on the economy and financial system. Aside from what governments and parliaments do, we debated what central banks can do on this front. The biggest issue was how much we should do as a central bank, and what we can do.

“We are paying interest rewards under our COVID-relief programme because providing funding support to pandemic-hit firms is an imminent issue… We aren’t offering interest reward for the climate scheme, but I think we are offering other sufficient incentives.”

ON WHETHER THE BOJ’S CLIMATE SCHEME WILL FINANCE OVERSEAS LOANS

“It’s true overseas investment could help Japan tackle climate change, so we’re not ruling out the chance. But our basic stance is that we’ll focus on domestic loans and investment.”

“I don’t think it’s appropriate at this stage for the BOJ to extend loans by judging what’s green and what’s not green. Instead, we want to indirectly encourage activities to combat climate change via private financial institutions.

“I don’t think there will be a globally agreed taxonomy on green any time soon. That doesn’t mean we can wait until an agreement is reached, which is why we decided to launch this climate scheme.”

“The recent rise in commodity prices reflects a rapid rebound in global demand, and short-term supply constraints… The rise is driven predominantly by the global economic recovery. While worsening terms of trade may hurt profits at some firms, corporate profits overall are strong in Japan.

“As a whole, the merits to Japan’s economy through solid exports exceed the demerits brought by worsening terms of trade. Taken together, it is working in favour of Japan’s economy. There are disparities among firms on the impact of commodity price rises, so we will keep a close eye out on developments.

“The BOJ may be able to prioritise green bonds in asset purchases once there is a global agreement on taxonomy. But that’s not something that can be considered in the near term.”

ON THE BOJ’S NEW GUIDELINES ON ITS BOND-BUYING OPERATION

“The move is intended to enhance market functioning. Long-term rates are allowed to move within the range we set, reflecting domestic and overseas economic and price developments. It’s not as if we intend to reduce bond buying… We are also not trying to intentionally create volatility in the bond market.” 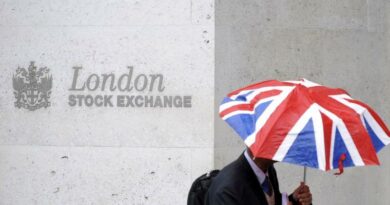