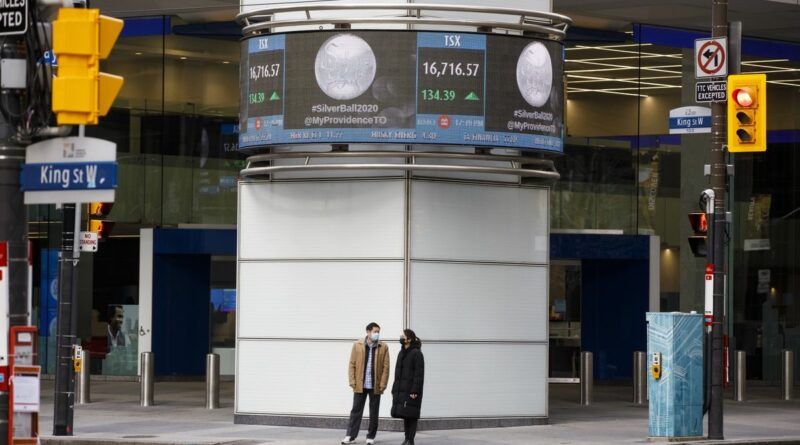 Canadian stocks extended gains on Thursday, driving the country’s benchmark index to an all-time high, buoyed by expectations of further fiscal support after Democrats gainedcontrol of the U.S. Senate.

The S&P/TSX rose as much as 0.9% to 17,986.03, surpassing the most recent record of 17,944.06 on Feb. 20. The index has climbed four straight days, with marijuana stocks leading the advance. Investors have also flocked to value-oriented sectors in Canada, including energy and materials, while selling growth-oriented tech stocks such asLightspeed POS Inc. andShopify Inc.

The S&P/TSX Health Care index, primarily comprised of pot stocks, has risen about 14% this week. The industry got a boost on optimism that a Democratic-led Senate will be positive for the marijuana industry in the U.S.

“Possible Democratic control of the U.S. Senate would improve the sales prospects for legal U.S. cannabis producers and sellers,” saidBloomberg Intelligence analyst Kenneth Shea. That outcome would support the removal of marijuana from the Controlled Substances Act, helping to pave the way for populous states such as New York, Connecticut and Pennsylvania to accelerate legalization for recreational use.

With this week’s gains, Canada’s S&P/TSX Composite Index has rebounded about 60% from last year’s low in March 23.

The first leg of the rally got a boost from the advance ingold and technology stocks, Investors also beganrotating into Canadian value-oriented stocks in the second half of 2020.

“The current upward trajectory in reflation is more than just a knee-jerk cyclical reaction but a transition into a sustainable secular phase,” said Tina Norman, a technical research analyst at Eight Capital. The move resembles market trends of the late 1960s and the period from 2003 to 2008, she said.

Still, Norman thinks that a volatile January will slow the pace of recovery in the markets and reset the momentum strength needed to sustain reflationary sectors for a spring and early summer rally.

“We are looking for a majority of this year’s market strength to take place in the second quarter and third quarter,” she said.

Europe’s Funds Are Hunkering Down in Bonds for Coming Recession