Home » Markets » Cathie Wood says her confidence is growing in Tesla, Ark Invest has been adding to position 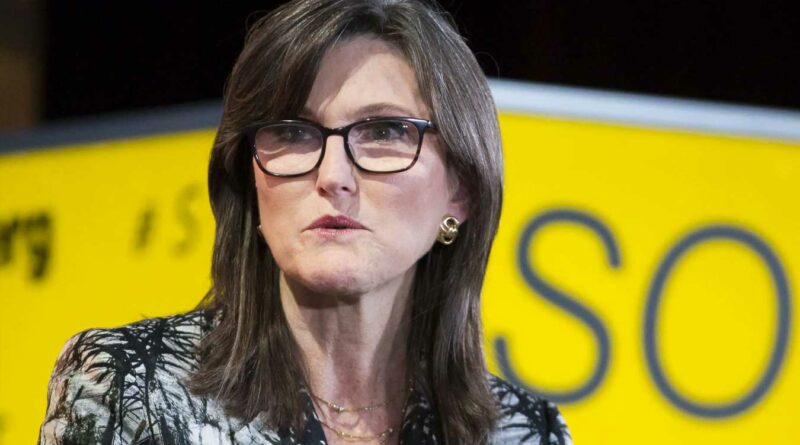 Cathie Wood said Ark Invest is still bullish on Tesla and continues to buy up shares of the electric carmaker.

"Our confidence in Tesla has grown as we've done research on what ride sharing potentially could add. It could limit the risks significantly, it's a much more profitable business than electric vehicles," Wood told CNBC's Bob Pisani on ETF Edge on Wednesday. "Even though there is some debate at Tesla whether or not they should launch a human driven ride-hailing network, it would be a very good bridge we think to their autonomous strategy and we think they will decide to do that."

Ark Invest's flagship fund — Ark Innovation —has raked in $5.3 billion in inflows this year alone, according to FactSet. The ETF, which trades under ticker ARKK, is up nearly 20% this year after an impressive nearly 150% gain in 2020. Tesla is the largest holding in Ark Innovation, making up more than 8.5% of the ETF's total weight.

Ark reports its trades every day and those updates reflect the buying in Tesla, Wood says. Tesla shares were down more than 2% on Wednesday, although they did tick higher slightly on Wood's comments. Tesla shares are down 5% in the last one month, but still up 386% over the last 12 months.

"As time goes on and we learn about their artificial intelligence expertise, the 30 billion miles they have collected of real world driving data, no one comes close not even, I think Google might be at 30 million, compared to 30 billion and we know that in the AI [artificial intelligence] world and autonomous is AI that the company with the most data and the best quality data will win," Wood added.

Wood said the probability of having successful autonomous vehicles is going up and therefore Ark's price target will follow at some point.

Wood is a longtime bitcoin bull, with big bets on the Grayscale Bitcoin Trust. Wood told CNBC she expected institutional interest in bitcoin this year but Tesla's purchase of the digital currency was a surprise.

Ark Invest has more than $58 billion assets under management.

Starting a startup: Learning the skills to run an e-commerce site