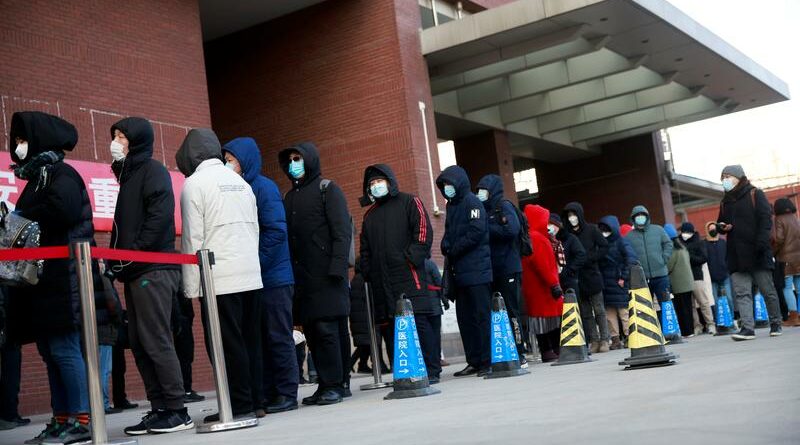 SHANGHAI (Reuters) -Authorities in the capital of China’s Hebei province strengthened travel restriction on Thursday to curb the spread of the coronavirus as the country reported the biggest rise in daily COVID-19 cases in more than five months.

Hebei, which entered a “wartime mode” on Tuesday, accounted for 51 of the 52 local cases reported by the National Health Commission on Thursday. This compared with 20 cases reported in the province, which surrounds Beijing, a day earlier.

Authorities in Shijiazhuang, Hebei’s capital, have launched mass testing drives and banned gatherings to reduce the spread of the coronavirus.

Chinese state television reported that the city has now banned passengers from entering its main railway station. The city previously required travellers to present a negative nucleic acid COVID-19 test result taken within 72 hours before boarding a train or an airplane in the province.

Total new COVID-19 cases for all of mainland China stood at 63, compared with 32 reported a day earlier, marking the biggest rise in daily cases since 127 cases were reported on July 30.

The number of asymptomatic patients, who have been infected with the SARS-CoV-2 virus that causes the disease but have yet to develop any symptoms, also rose to 79 from 64 a day earlier.

The total number of confirmed COVID-19 cases in mainland China since the outbreak first started in the city of Wuhan in late 2019 now stands at 87,278 cases, while the death toll remained unchanged at 4,634.

In the city of Dalian in Liaoning province, which has reported local infections in recent days, residents in medium or high-risk areas have been barred from leaving the city. Residents in other areas were told to refrain from unnecessary trips out of Dalian.

Authorities in Guangdong province late on Wednesday reported a patient infected with a more transmissible variant of the coronavirus discovered in South Africa.

Some scientists worry that COVID-19 vaccines currently being rolled out may not be able to protect against this variant because of certain mutations that have been observed.

Fmr DNC Chair Donna Brazile: 'I get in trouble' when I refuse to say that Trump is a racist